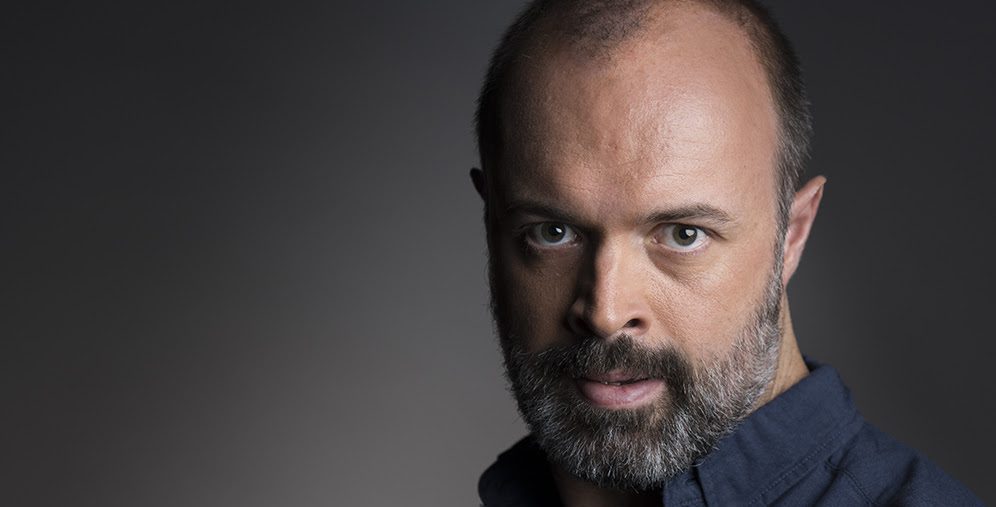 A View from the Bridge (Feature)

‘All of us met with only one thing in mind and that was to put on a play we deeply love and respect,’

Iain Sinclair tells me, as we discuss the team behind his latest iteration of Arthur Miller’s A View from the Bridge, opening at Ensemble Theatre this coming Wednesday. Such a team, however, is by no means new to the play; ‘All the creatives are the same,’ he continues, referencing past productions of this play put on at the Old Fitz Theatre and Glen Street Theatre, among others.

‘Why would you want to replace any of these people?’

Written during a time of intense strife both politically – the infamous era of American McCarthyism in the mid-20th century – and for Miller – who ‘wrote this in the limerent stage of his love for Marilyn Monroe’ despite his marriage to Mary Grace Slattery – Sinclair believes all these factors make for an incomparable text.

‘[The play] deals with betrayal, specifically in the family, [as well as] Miller’s disgust for Elia Kazan’s behaviour. Kazan had just released On the Waterfront and, because he testified [before the Human Un-American Activities Committee], put a lot of artists in America at risk.’

‘He’s also just broken up with his wife in the middle of his affair, so there’s a political and romantic heat that can’t be matched.’

When asked about his vision for the production, he lets history do the talking.

‘Something that Arthur Miller says is that this play has a kinship to two other forms of theatre – the time when Euripides was writing in Athens in the 4th century BC and the time when Shakespeare was writing in 16th century England. What makes this play connected to those is that this piece relies on nothing other than a dramatic situation. Much like Greek and Renaissance plays it has massive concerns, but it only needs people on stage [to depict those].’

‘I owe a debt to Ivo van Hove’s production and its laser-like super precise staging; this play is visceral, throbbing, human and messy, and we’re following those previous ideas to just have the actors on stage.’

He then takes a moment to laud his team, who have all been with him on this play’s 3-year-journey.

‘[Quoting Antonin Artaud] These actors are athletes of the heart. You’ve gotta muscle up, be match fit, be Olympic standard actors. They always bring something new each time [they perform].’

‘The design is absolutely appropriate for the work. Audiences will first notice that there ain’t no set; there’s just a chair. The floorboards [we use] trigger emotions in you – there’s a feeling of community meetings, trade union meetings, of times when you’ve been in a family gathering. It’s highly minimalist, but beautiful – though the illusion is that there is no design, there is actually a very specific design that has been carefully put there by Matt Cox [Lighting Designer], Jonathan Hindmarsh [Set Designer], and Clemence Williams [Sound Designer].’

‘When you take things away, the more precise you have to be with the things that are there.’

And that’s exactly what he’s doing with Ensemble’s performance space.

‘Because it’s opened out now [compared to the Old Fitz] and the Ensemble [theatre] is in a semi-circle it’s like a scaled-down version of an Ancient Greek theatre, and that brings out qualities that were hard to achieve at the Old Fitz. When Alfieri introduces the piece now, in this Greek theatre-looking space, it has a real resonance to it.’

Sinclair then ends the interview giving his thanks to Ensemble’s Artistic Director Mark Kilmurry and expressing what he hopes his new audience takes from this show.

‘Hats off to Mark Kilmurry at the Ensemble – it’s delivering a serious edge in this town which is making people begin to prick up their ears. People are keen to work there because of his freshness of vision.’

‘[I want] catharsis as Aristotle put it. It’s what the Greeks were looking for. It’s a little bit out of fashion these days, but the purification and purgation of emotions as well as the release of repressed feelings is what this play is all about, so what you get is an ancient experience of a modern story.’

‘People [should] come out from this play being able to exercise certain demons that are still inside us. The first-world still has demons to exercise in relation to the immigration story and what’s buried deep inside A View from the Bridge is xenophobia and fear of people coming from other shores into our world and that sort of thing is still completely pertinent to a modern Australian audience.’

A View from the Bridge opens at the Ensemble Theatre on 24 July and runs until 24 August.