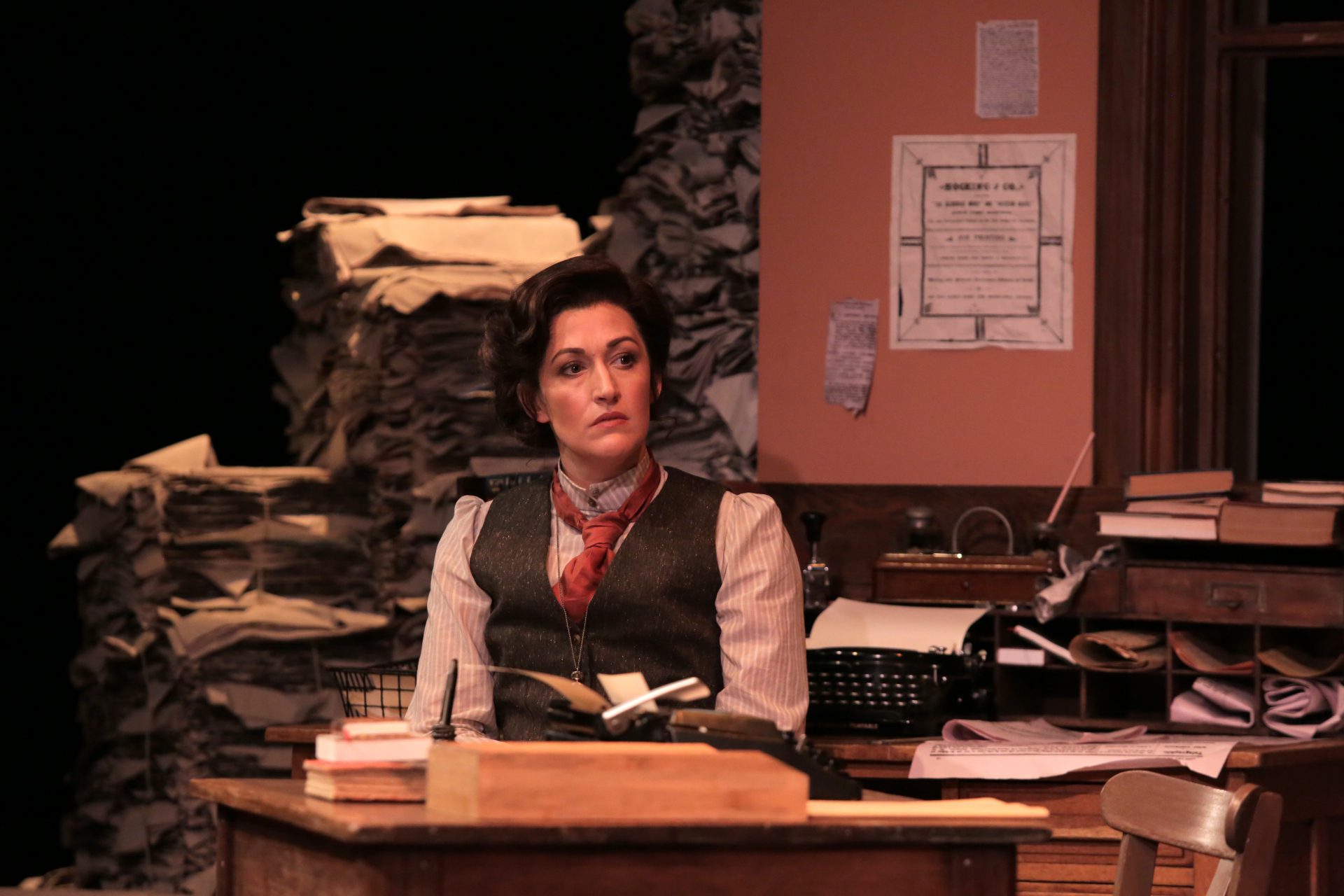 For a show that relied heavily on its lead to sell tickets, the real draw is those around her.

Sydney Theatre Company’s revival of Oriel Gray’s The Torrents, presented with Black Swan State Theatre Company, is in many ways the underdog of its time. Like the original production, performed at around the same period as Summer of the Seventeenth Doll, Director Clare Watson’s work runs the risk of being forgotten amidst the rush of exciting work being developed by both rival theatres and the STC itself. Furthermore, with the experimental nature of such works, it is hard to gauge the appetite of a general audience for a period piece such as this, which on face value is far more traditional than contemporary. Last but not least, there stands the question of Celia Pacquola and her mainstage debut; she may be ready and willing to tackle a play that is both comedic and dramatic, but is she able to?

On many of those fronts, this writer is happy to say that this show comes out on top.

After a quick prologue delivered by a casually-dressed Pacquola, simultaneously providing context for the play and warming up the audience (as one may experience at a stand-up comedy show), what immediately strikes is the visual feast that is the set. Designer Renée Mulder screams Gold Rush-era Australia in her rendition of the town of Koolgalla, with the overt use of timber as floor, staircase, cabinet and chair in her set and the obnoxious bang of finger on typewriter, combined with actor-high stacks of newspapers always within the audience’s peripheral vision, setting the tone for what kind of newsroom the play’s central newspaper The Argus is. Accompanied by Lucy Birkinshaw’s musky lighting design, physically moving the play from day to night later on in the performance, and composition from Joe Paradise Lui, that capitalises on modern and contemporary country music styles (albeit without any evident connection to Old Town Road), it’s easy to get lost in the visual wonderland that is The Torrents.

Thanks to many of the cast, that suspension of belief is sustained; Gray’s script is one that lends itself well to actors with multi-faceted talents, and for the most part this show has that across the board. Audiences will take particularly well to Geoff Kelso as Christy, The Argus‘ self-indulgent storyteller who manages to avoid making his constant slips into tales of his legendary (if contradictory) past repetitive or overdone, and Gareth Davis as Ben Torrent, a journalist torn between his womanising charm, overbearing father’s (and editor of The Argus‘) shadow, and love of alcohol. Very much the most understanding of their characters, the duo make for both entertaining comedy and serious drama at the best times.

Special mention must also go to Sam Longley as Jock McDonald, Emily Rose Brennan as Gwynne, and Rob Johnson as Bernie. A journalist, Ben’s childhood friend and lover, and the youngest member of the newsroom respectively, all do particularly well to make their minor characters anything but. Case in point is Brennan’s strong depiction of her character’s adoption of the ‘New Woman’ mentality, or Johnson’s gifted hand-eye coordination as he catches the in-flight, gold-hilted cane of financier John Mason (Steve Rodgers) from across the stage, giving each a commanding stage presence that complements the overall ensemble whilst allowing them to stand out in their own right.

What audiences will also take well to is the production’s deceptively contemporary nature, in both direction and content. Watson takes a play written with traditional dialogue and stage directions and puts in little moments of humour that can’t have been there originally to create a wonderful hybrid show. Whether it’s ‘Oriel Gray’ written in bright pink neon and decorating the Playhouse’s red curtain, the moments of awkward humanity shown by the cast, or the creative use of exits (notably when Rodgers, whilst engaged in a laughing battle with Tony Cogin, who plays The Argus’ editor Rufus Torrent, closes a door, re-opens it to have the last laugh, and closes it again), Watson does well to teach an old play new tricks.

Not that it needed it story-wise. Gender politics in the workforce, the need to move away from mining practices, and the idea of media as the fourth estate are all features of both this play and our 2019 landscape. To see such topical issues presented simultaneously on stage within a different context provides an unexpected takeaway for the audience that allows this play to seem all the more fresh – and speaks to the genius of Gray that, thanks to this show, is forgotten no more.

For all the show’s strengths, however, one must question the casting of Pacquola, Luke Carroll as Kingsley, and pace of the play. The Torrents again proves Pacquola is a comedic force as she plays incoming journalist Jenny Milford, a character who draws both the ire and admiration of those around her, but her suitability for the dramatic requirements of this role is not as conclusive a case. It takes time for her to reach her stride, only really becoming an actress to whom the audience feels connected to at the middle-to-latter stages of the 100-minute performance (if at all). Indeed, it is the under-utilisation of her character within a cast that takes to theirs quite quickly that makes one see most of her dramatic performance as a little lacking. Much of the same can be said for Carroll; both eventually earn the audience’s appreciation, but it just takes too long to come in a performance that needs it from the get-go. Should the roles have been cast differently, perhaps the play wouldn’t have seemed so rushed at its end.

Ultimately, there is much to celebrate for STC and Black Swan State Theatre Company. It is this writer’s hope that the show, and the script, does not go unnoticed as Sydney’s theatrical season progresses; for doing so would be a great disservice to what is a fascinating, mesmerising, and uniquely contemporary period piece.

A View from the Bridge (Feature)

A View from the Bridge (Review)