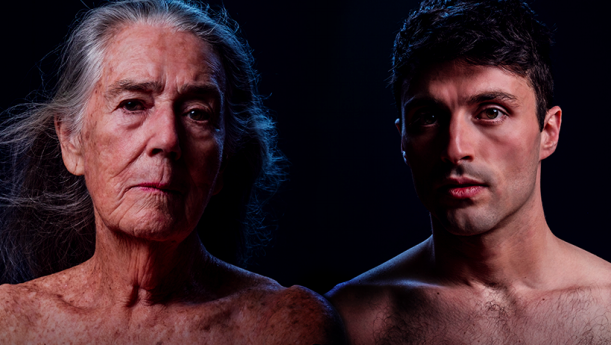 ‘What’s great about this play is that it’s from a voice we haven’t heard before,’

Director Dino Dimitriadis tells me, heaping praise on playwright James Elazzi early on in our conversation. There aren’t many more qualified to make such a remark; Dimitriadis has an extensive theatrical background, including the likes of the Old Fitz’ production of Angels in America earlier this year and Apocalypse Theatre Company’s award-winning 2018 production of Metamorphoses, as well as being hired by Playwriting Australia on another of Elazzi’s scripts, Miriam.

‘It was during the development of Miriam that I learned about this piece and I thought it was brilliant. We did a reading of it last year and I knew it needed to be on the stage at KxT.’

The play centres on Omar, a young Lebanese man in and out of foster care, and Dawn, the 80-year-old who runs a foster home and something of a last resort for the troubled male lead. Alongside them are Omar’s best friend and sex worker Ahmed and Darren, Dawn’s slightly younger brother.

‘The play puts all four characters into a pressure cooker [of a situation],’ Dimitriadis explains.

‘My vision is that’s you’ll see a sense of naturalism. The approach I’ve taken with it is something exciting – particularly with the staging. My focus is on the performances and creating a bleak environment but then having the warmth of the play transcend through the actual actors themselves and the people in the play.’

When asked what stands out in the script for him, Dimitriadis then takes some more time to talk up Elazzi and the effort he has put in.

‘It’s the people. I haven’t seen these characters represented on a stage before, and that makes it exciting.’

‘I haven’t seen plays that look at youth homelessness in this way, particularly from a Lebanese perspective, nor the idea of queer homelessness or the representation of aging and older members of society and what they are wrestling with. The people in this play are very exciting, and the set of circumstances to bring this quartet together is exciting.’

Such excitement follows through when he describes the creative team.

‘The backstage team bring a wealth of experience to the production. There are some terrific women in these roles, including Producer Leila Enright of Green Door [Theatre Company].’

‘Apocalypse does a lot of work with a queer focus and Green Door focuses on issues of social justice so it is a great pairing. Both teams bring the ability to create a really compelling design when they work together.’

‘It’s been a joyful process working with a cast who have different ages, backgrounds and experiences. Antony Makhlouf plays Omar and I’ve worked with him in Lady Tabouli [presented in Griffin Theatre Company’s Batch Festival 2019, also written by Elazzi] and this’ll be nice to give him an opportunity to do a full season of work. Mansoor Noor is a terrific young actor playing Ahmed.’

‘I’ve also got two stage legends [in the cast]. Maggie Blinco (playing Dawn) is 86 years old and this is her comeback production; she’s been fabulous to work with. Lex Marinos [playing Darren] is also someone I’ve wanted to work with for a while.’

Ultimately, it’s the audience that Dimitriadis is most keen to engage with.

‘Normally with a show when you ask yourself ‘who is the audience?’ you tend to get specific. This is a show that I feel has very broad appeal, that people from a wide variety of backgrounds, experiences, cultures and sexualities can engage with.’

‘There are questions that it provokes and also an ambiguity to certain things [in the play]. Not necessarily hidden per se but there are choices that people have to make about what they saw and what they think they saw.’

‘I think the play asks a lot of questions, and it’s courageous playwrighting to not have all our questions answered. Sometimes we underestimate the intelligence of audiences.’

With a show in development for 2020, Dimitriadis ends the conversation by encouraging others to develop work.

‘It’s a miracle every time a new Australian work reaches the stage. As a theatre culture we should celebrate when new work is done because we don’t get diversity, representation, or new stories unless it’s new writing.’

‘Classical literature can only do so much.’

Omar and Dawn plays at the Kings Cross Theatre and runs from 12-27 July.