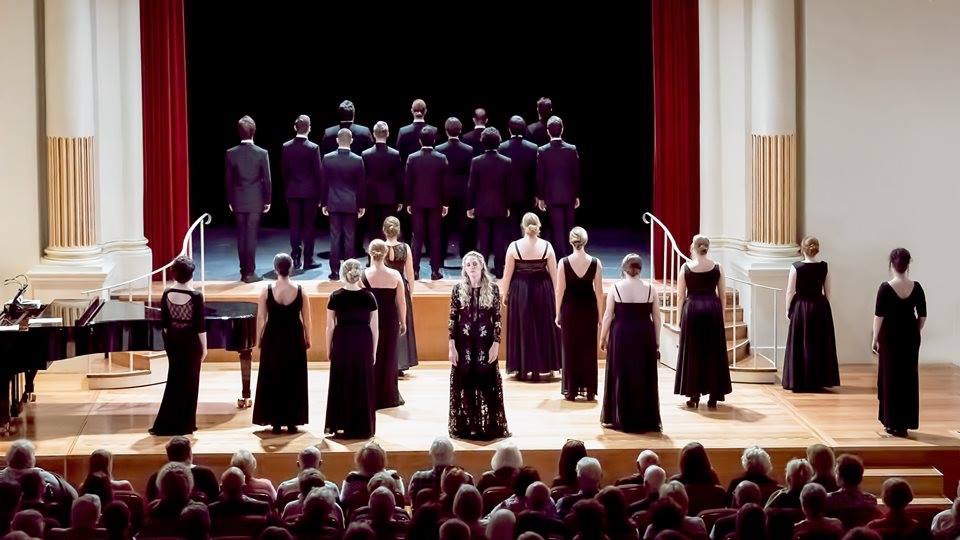 Across May and June, all are welcome to North Sydney’s Independent Theatre to celebrate an afternoon of fine classical art.

Now in its 80th year of operation, the much-loved Independent Theatre, situated opposite the daunting North Sydney Oval, is playing host to a wide variety of wonderful and classy performances. With some of these performances dubbed the Prelude in Tea series, audiences are invited to share in the finer of the performing arts – specifically opera, classical and chamber music – with a cup of tea, slice of chocolate cake, and a crowd who, if given the opportunity, could tell you more stories about the past 80 years than any film or book could ever hope to contain.

This writer had the chance to experience this unique inclusion in Sydney’s theatre scene over the past week, and is happy to say that it had an energy they (as the casual theatregoer) did not – and could not – anticipate.

The first thing that strikes any audience member under the age of 55 is the age gap all across the theatre. Sitting alongside their mother in the Prelude in Tea‘s Mother’s Day Concert, held on May 12 itself, this was easily apparent to the writer. Perhaps the Nikes-and-bomber-jacket combination they wore wasn’t quite the right fashion choice for an audience member in a crowd of woolen jackets, stockings, and slacks. It certainly mismatched the dazzling dresses and fine tuxedos of the singers, at least 50 years junior to the people they were performing to.

The second thing that becomes apparent is that, never having seen opera or engaged with fine art before (unless the token trip to the Art Gallery of NSW in primary school counts), these shows are something like a trial by fire. The selection of pieces is extensive, largely in foreign languages, and relatively unknown to the unacquainted audience member. Therefore, more so than in a concert or performance Sydney is used to, this experience is something that requires a keen and open mind (and, if possible, an understanding of French).

In any case, this writer’s experience of just one concert in a long run of them has left an indelible mark that, above all else, made their mum happy; thanks to that, in this specific instance, the Prelude in Tea achieved its job.

The Mothers Day Concert, a two-act show ably led by Artistic Director of the Pacific Opera Simon Kenway and Pacific Opera Young Directors Eugene Lynch and Antonia Zappia, proved to this writer that opera, like rock, is indeed not dead. Across 16 pieces dedicated to mothers and motherly love, some performed solo and others performed with the Opera’s full ensemble of 28, the value of the day truly came through.

In the first Act, directed by Eugene Lynch, the audience keenly enjoyed the performance of songs that took them across religions and writing styles. Whether it was ‘The Crucifixion’ (from Hermit Songs) or ‘The Cloths of Heaven’ (adapted from a text by William Butler Yeats), the show began with quite the bang (or whatever the operatic equivalent of a bang is). The most notable of the ensemble at this stage was the soprano of Catherine Bouchier, who donned the role of Angelica from Puccini’s Suor Angelica in a rendition of ‘Senza Mamma’ and ‘Finale’, the latter alongside the full Pacific Opera ensemble, at the Act’s end. There was an emotionality to her performance that kept them enraptured, keenly focused on the struggles her character was undergoing (albeit in a different language). It was a strong counter-balance to the somber and less intense performances also in the first Act (which took the audience by surprise).

In the second Act, directed by Antonia Zappia, the audience was treated to a lighter selection of songs that encompassed more of the cast. 2-3 minute ‘cameos’ by Susie Bishop (performing ‘Tornami, a vagheggiar’ from Alcina), Dominic Lui (performing ‘Fleurs’ from Fiancailles pour rire), and Genevieve Dickson (performing ‘It Never Was You’ from Knickerbocker Holiday) were well appreciated and a good demonstration of the range the Pacific Opera has available. This writer feels the audience enjoyed the second Act more, which generally had a greater upbeat selection of music (and music more befitting to the day, addressing love, loss, and longing). In particular, the ensemble’s strong performance of ‘The Promise of Living’ from The Tender Land (which ended the show) and Ayako Ohtake in ‘Les oieaux dans la charmille’ (from Les contes d’Hoffmann) deserve a mention; easily the highlights of the entire afternoon alongside the masterful skills of Kenway on the piano keys and as a conductor/compére for the audience.

Ultimately, this writer’s experience of one show among many that the Independent Theatre is currently hosting indicates that, over the next two months, the goings-on at the Independent are not to be missed. Should any readers be interested in their upcoming performances, or later installments of the Prelude in Tea series, please head to https://www.theindependent.org.au/and indulge yourselves in the fine art experience you deserve.