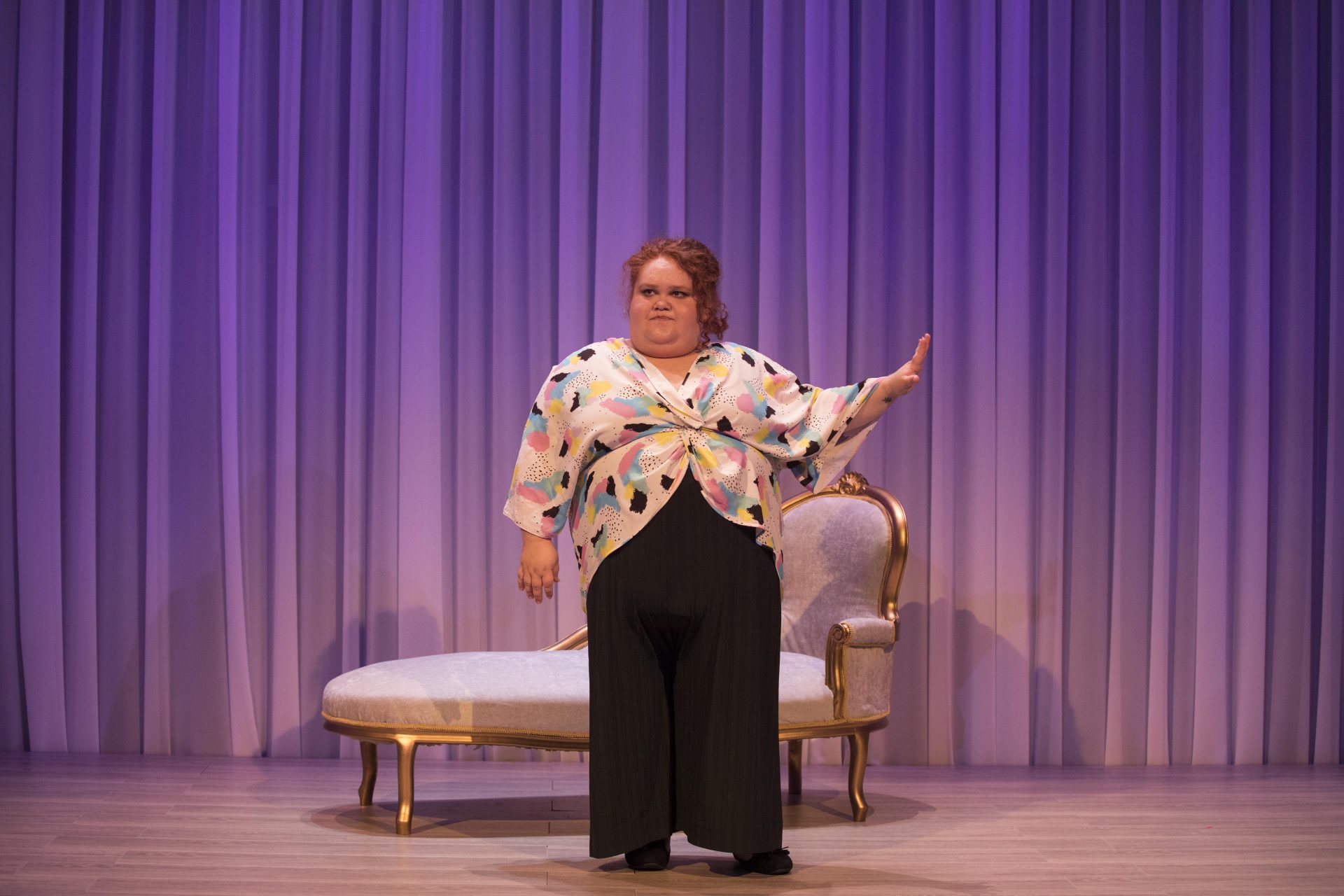 Alana Valentine’s newest play is a thought-provoking and witty exploration of the societal and health issues associated with obesity and body positivity movement.

The body positivity movement, obviously, is an intensely controversial topic. On one hand, some argue that the movement is dangerous in its promotion of unhealthy lifestyle choices. On the other, proponents of the movement contend that body positivity is a deeply valuable step forward in changing antiquated and discriminatory societal norms. I think most individuals fall squarely into either one of these diametrically opposed camps.

Made to Measure, written by Alana Valentine, questions both of these perspectives in a refreshing and mature journey into the complex issues surrounding the movement.

Ashleigh (Megan Wilding), a plus size bride-to-be to , commissions the Sun Tzu-quoting couturier Monica (Tracy Mann) to design her a wedding dress. Monica attempts to encourage Ashleigh in losing weight by sharing stories of past clients who had succeeded in slimming down. As the wedding date approaches, Ashleigh and Monica become closer, but Ashleigh begins to question her motivations for losing weight. We see both Ashleigh’s successes and failures, and in doing so, Valentine exposes us to the differing perspectives of the body-positivity movement. The conflicting science of health issues, societal norms, and issues with self-worth are all scrutinised.

Wilding, very much the leader of the show, plays Ashleigh excellently. The audience sees her develop organically and believably throughout the course of the play, from initially wanting to be skinnier to becoming cognisant of the greater intricacies of body-image and health. Ashleigh is in a constant state of internal conflict, critically questioning everything from why she wanted to lose weight in the first place to how individuals in a society assess their self-worth, and Wilding reflects that with a great authenticity, providing the audience with a a three-dimensional character who is relatable and often quite humours to boot. Scenes in which she delivers monologues are among the most poetic, passionate, and moving, Alana should be given praise for the excellent writing of these segments and Tim Jones for his outstanding directorial work in bringing this character to life.

However, the small cast all collectively triumph in their individual performances. Mann and Sam O’Sullivan’s (who plays a character, for spoiler-related reasons, I won’t disclose) supportive acting is consistently engaging, not as three-dimensional as Wilding but justifiably so alongside the larger-than-life main character. Rarely was there a time where I felt that the ensemble acting fell flat in the show’s 90-minute run time. The quality and nature of the acting and directing were appreciated by the majority of the audience of the night as well, with laughing, cheering, clapping, and audible gasps clearly speaking to the fantastic presentation of the play. With satisfactory design elements (courtesy of Melanie Liertz, Briana Russell, David Bergman and Verity Hampson), the cast are given an adequate foundation for their strong performances to really be this show’s highlight.

All in all, Made to Measure is an excellent show. Even if you doubt you would enjoy the play because you don’t anticipate it’s plot and themes will resonate with you, I’d recommend giving it a go – you might just be pleasantly surprised.