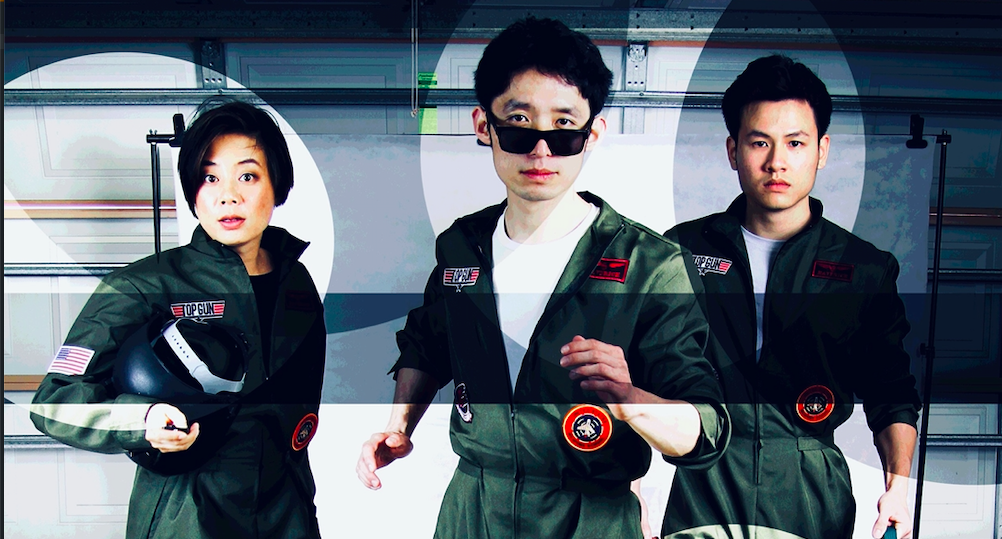 ‘A lot of the time with drama there’s the argument that the acting and mood can still have the same effect even if it’s in another language. I don’t know if I trust that.’

They say if you want to understand a show, understand the playwright. An achievable task in many situations, but in the case of Sam Wang and Skyduck: A Chinese Spy Comedy, it’s near impossible. Speaking to the young actor, who plays every character in a show delivered half in Mandarin and half in English, he only hints at clues to his past. In fact, I can only say three facts about him: he studied drama at some point in New Zealand, worked in Sydney as a lawyer at another, and migrated to Australia when he was six. And even they might be lies.

Birthed at the CrackX Theatre Festival in Newcastle, Wang’s show is a true delight. Set in the 90s, two of China’s best secret agents Yan and Chang (‘A sort of Timone and Pumba duo,’ Wang details) attempt to steal America’s top fighter jet software from its hiding spot in Australia whilst being hunted by American NSA agent Commander Kendrick and an Australian aerobatic squadron leader more interested in choreography than the ANZUS Treaty.

In Wang’s words, ‘It was all about asking ‘What are all the things we can do that are cool?‘ and putting them into a story’.

‘Aileen has been great. She wouldn’t want me to say this but she made a lot of wacky and quirky videos early on – now private – that showed how stylistic she was. Alongside her experience as an actress, she just gets it.’

Mapping out the play’s developments from its early days to Belvoir’s 25A program, Wang highlights the roles dramaturgy and transitioning all have on the production.

‘For CrackX, which is limited by time, the focus there was to get it up. This time around, Aileen is more about dramaturgy and seeing what makes sense as well as how we can make it more comprehensible for audiences.’

‘Back then it was a very sketch-heavy show. It still is, but now the transitions and sketches are a part of a more cohesive story, which Aileen has been instrumental in orchestrating.’

Should all those transitions run smoothly, the audience has much to anticipate.

‘[In the show] we have transforming sets that require us to use puppets due to the pop culture references we include. We also use AV at various points as a means of transition which is very exciting.’

‘We’re essentially putting on as much as we can so that people aren’t distracted by the bad writing (and possible bad acting)!’ he retorts.

Based on how he describes his script, though, there shouldn’t be any need to worry about that.

‘The show is definitely intended for a mixed audience. My philosophy is ‘write it for people who can’t speak Mandarin so that it’s targeted to them and those who can speak might find it enjoyable as well’, and I hope that because it contains other [non-Asian[ elements it can appeal to many audiences. We only use primary school-level Mandarin anyway. It works because it’s a comedy and the content is silly – we even have a wannabe J-Pop number – and the surtitles are a joke in themselves. Think a long piece of spoken dialogue and a surtitle only reading ‘yes’; that kind of thing.’

Ultimately, Wang just wants his audience to have a good time.

‘It’s just a whole bunch of different stuff packaged together in a different story, and its central objective is to create as much enjoyment as possible.’

‘We want audiences to believe that this quirky type of theatre is possible, that theatre doesn’t have to be earnest – as great that is – and can just be silly.’

Skyduck: A Chinese Spy Comedy plays as part of Belvoir St Theatre’s 25A program and runs from 11-20 July.