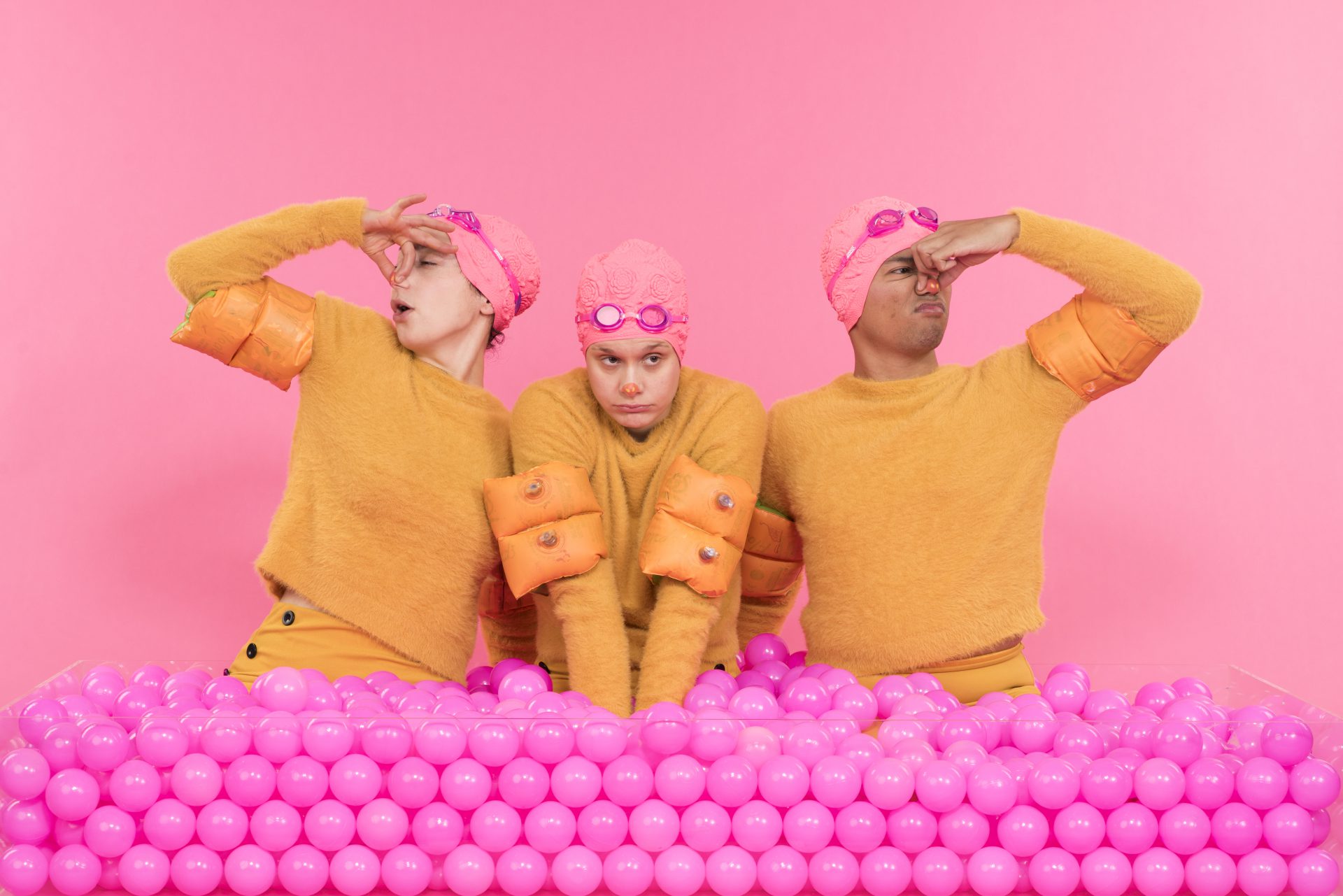 Nick Atkins describes, referencing the heavy use of pink and primary colours in his upcoming show The Ugliest Duckling.

Adapting Hans Christian Anderson’s 176-year-old story of bullying, resilience, difference and transformation as represented by the relationship between three ducklings to The Joan, Atkins (who directs the production) tells me that the audience is what most influences his work.

‘We [Q Theatre] have been making work for more than 50 years, working with the best of the best and finding ways to intersect with the [Western Sydney] community. Our artistic objectives are informed by the community and that tends to lead us to different audiences. Context and place inform our process and when we get it right our audience resonates with that.’

In this case, Atkins’ audience will be his most direct; his production of The Ugliest Duckling is recommended children aged 5-8 (‘though more 4-10,’ he claims).

‘Artistically, young people are more ready to go on an imaginative journey as oppose to older audiences and it’s exciting to give young people a chance to see something that is ambitious, because if they don’t have access to it they might not dream and think big,’ he explains.

Indeed, imagination and ambition are the driving forces behind the development of his show.

‘[In terms of the show’s technical elements] we’ve drawn on a process informed by the artists. We had a creative development last year with actress and dancemaker Cloé Fournier and Skye Gellman, who has a wealth of understanding in circus and experimental performance. We’ve also tried to bring leading artists from different disciplines together – such as composer Paul Smith and designer Melanie Liertz – that leads to an integrated and holistic performance.’

‘As a non-verbal and image-based depiction of the show, one can follow the images to follow both the individual and collective stories of the three ducklings.’

‘Our set is also logistically tricky. We want to give these young people a sense of ecoystem, a world that whilst quirky is always familiar. [We’re taking] locations like a swim school, a classroom, places familiar to young people and translating them into a logical idiosyncratic world that the ducklings exist in. And a lot of colour.’

And this is not just limited to the technical elements of the show, which at one point includes the dropping of 100 pink balls to simulate rain.

‘As a devised work, the cast are really implicated and play a significant role in the shaping of the narrative; we don’t tend to separate them [from the crew].’

‘[During rehearsal] We play a series of improvisations and exercises that pluck away at the themes of the show and we find and hold on to moments of gold. We then get a picture of the story and character that’s been generated from the ground-up rather than pre-established.’

‘Cloé Fournier plays the eldest duckling, who is a bit more aggressive and more inclined to knock you into shape. Cassandra Sorrell plays the second-born duckling, a generous duck that is good and tolerant. Skye Gellman plays the youngest duckling, and having to get through the journey of being the outsider of the three.’

Ultimately, it’s the universality of the show’s themes that make it stand out.

‘There’s no themes or ideas we try and set up for older people that we don’t for younger people.’

‘Bullying is tough, everyone experiences it, but the trickiest theme the show deals with is internalised self-hatred. When someone’s learned to be ashamed of themselves, that’s a potent and nasty feeling. I wish all audiences can recognise and feel their way through that.’

‘Everyone has these emotions.’

The Ugliest Duckling plays at the Joan Sutherland Performing Arts Centre from 11-13 July.