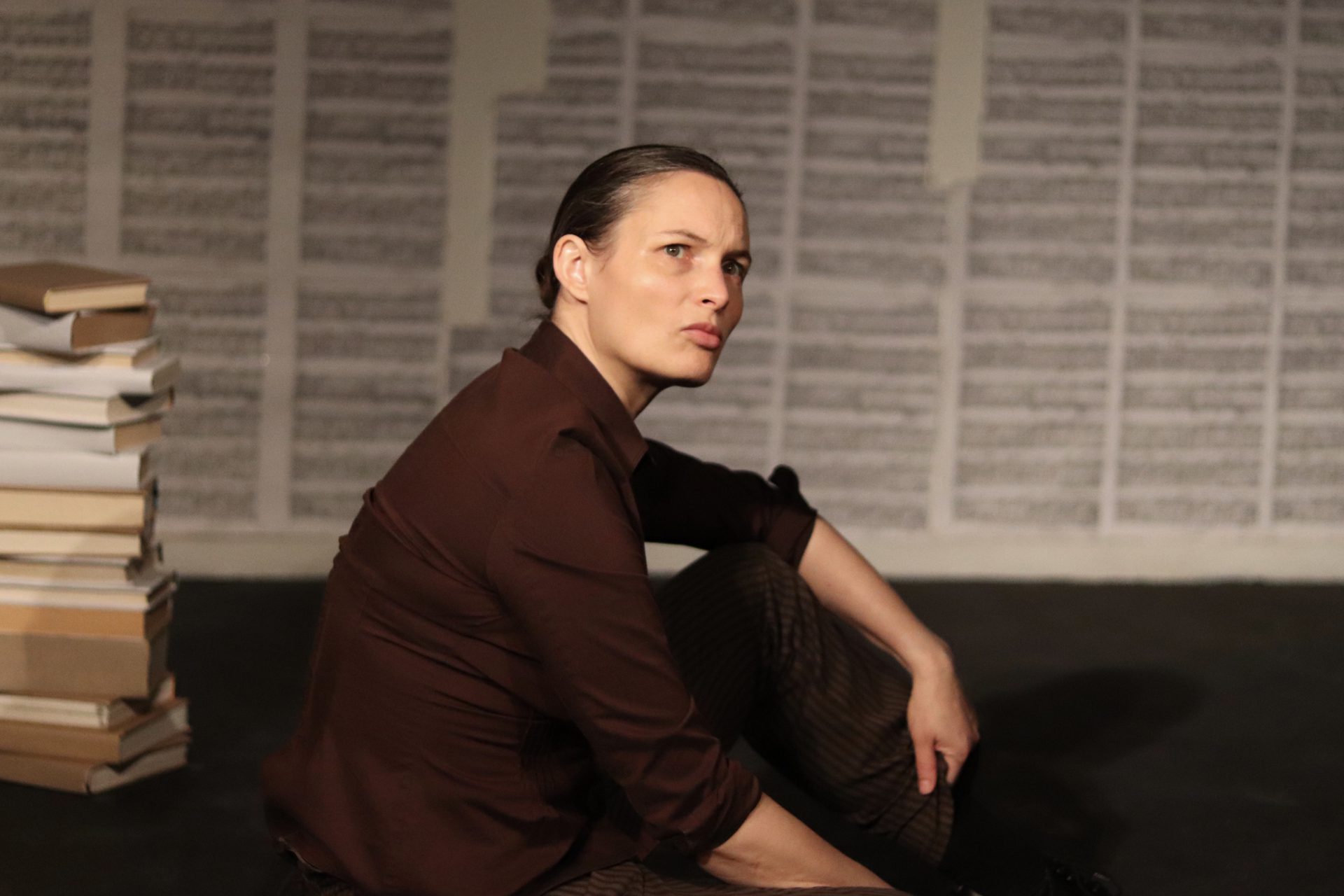 Life is Impossible, written and directed by Paul Gilchrist, is inspired by the life of the French philosopher, militant, mystic and social activist Simone Weil, born of Jewish parents, who worked for the French Resistance during World War II.

It is, however, not a biography. The story is just the backbone upon which the playwright weaves together a realistic world with a fantasy world of musicals and dance. Here, the thoughts and concepts of the characters are more important than the plot – as each character represents a different way of looking at the world.

The play is set in New York, 1942. Simone, a moral idealist committed to a vison of social justice, is immersed in her political readings and horrified by the Nazi regime. Chloe Schwank embodies this determined, highly focused, tough, unsmiling woman desperate to get a passport so she can go to England and fight for the French resistance.

For her, the present suffering of people and to be personally immersed in that suffering is what matters, not some idealistic future. Enter her flatmate Elaine, played with style by Elle Harris, who is the complete opposite with her bright red lipstick and a desire to enjoy life now and dream for the future.

Initially helping Elaine to have fun and be a party girl is Tom, an American serviceman, played with much gusto and a terrific change of character by Matt Abotomey. He personifies the idea of the great American Dream where the US rules in some idealistic world.

Finally, there is Michael, a British Consulate officer, played with flair by Cormac Costello who is more British than the British – complete with scones, jam and cream.

Throughout the play, different ideas and philosophies about the role of imagination, hope in the future, and pragmatism in dealing with our present reality are aired without any definite conclusion. The audience is presented with the harsh realities of World War II, but this is contrasted to the fluff of the musicals of the time as the actors spontaneously break into song and dance.

To that end, we are asked ‘Is it worthwhile to dream of a better life?‘ (as in the Judy Garland song ‘Somewhere Over The Rainbow’, which opens the show) – or should our present reality occupy and consume us?

Gilchrist’s sparse set works well for the different locations. Piles of books mark out Simon’s living room and as we move to the consulate office Michael dances in with a small table and chair adding a humorous touch. When Elaine and Tom go for a romantic walk along the Hudson River a clever backdrop of the shapes of New York buildings created from musical score is outlined in lights.

For an entertaining and thought-provoking production, go see Life is Impossible. You will need to be quick however – the show, presented by subtlenuance, has a very short season as part of the Fresh Works Festival at Old 505 Theatre, Eliza St Newtown, and closes on Sunday 23 February.