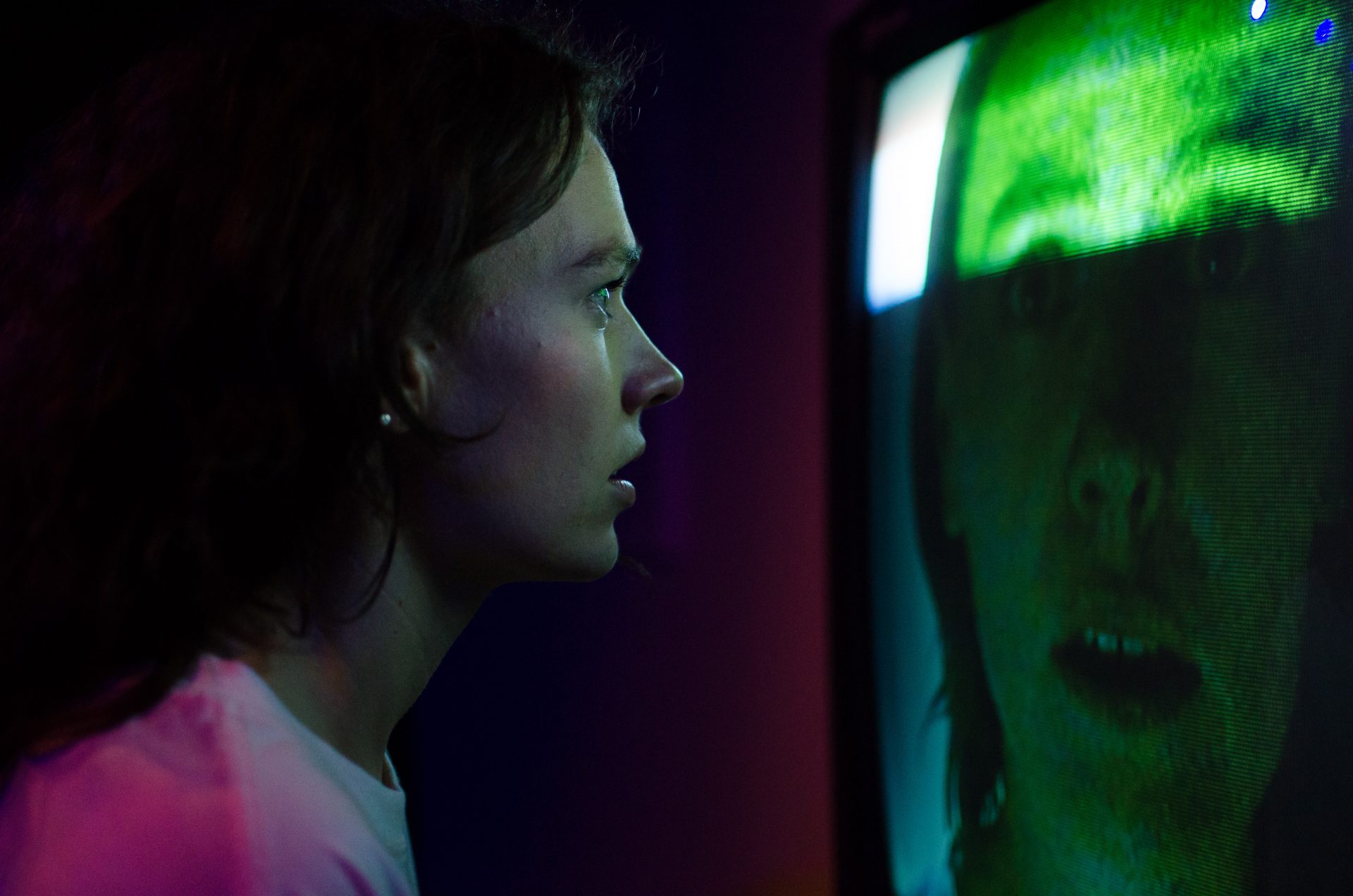 Masterful storytelling and mesmerising acting combine to effectively transport the horror genre to the stage.

It’s early 2020, and the world is about to enter lockdown. For Daniel (Jake Fryer-Hornsby) and Juliette (Lucinda Howes), a young couple with old money, things could be worse. Daniel may have to move his Vancouver trip to 2021, but the next few weeks should otherwise be fairly cruisy until this whole ‘pandemic’ thing subsides.

That’s when they start arriving. Videotapes upon videotapes of Daniel and Juliette, filmed from inside their small apartment. Where did they come from? Who recorded them, and how? Most importantly, who is this strange entity who begins to appear in these tapes, and what does it want from them?

It’s a joy to watch a show that allows all its various elements to come together, and Montague Basement‘s Videotape achieves this perfectly. It’s a technically challenging play, where much of the suspense and shock relies on how well the cast interact with a bulky mid-90s television. Yet, Director Saro Lusty-Cavallari never lets one thing outshine another. Aside from the droning blares of TV static which signal a scene’s end – the production’s only real flaw due to its repetition and loud volume – our minds are constantly fixated on what he wants them to be, rarely letting us linger on what we’ve seen before pushing forward with the story.

And it’s his story, too. Lusty-Cavallari‘s script, sound and video design balances the humour of lockdown life (Animal Crossing, ’90s TV show binges, and Uber Eats all make appearances) with numerous intriguing plotlines. This stops his work from getting too bogged down in itself. Such balance allows Videotape to achieve a rare dynamic; its comedy lightens the mood, but does not detract from the darkness within.

The cast also deserve much praise. After an over-acted first scene, Fryer-Hornsby and Howes quickly to establish a strong, relatable chemistry. Their performances resonate with the audience from then on, with each turn of phrase from Fryer-Hornsby and manic outburst from Howes keeping us invested in their journey.

Of greatest note is their ability to imbue the stage with a continuous sense of tension, creating a lovely connection with the audience. We feel like we are experiencing this journey at the same pace as they are, making their discoveries (and, by association, ours) all the more impactful.

Ultimately, Videotape is spellbinding. Ambitious and experimental, that a stage play can rework the tropes of the horror genre to great effect is a testament to the expertise, effort, and talent of all involved. For a show about questioning, it’s ironic how undoubtable its success is.