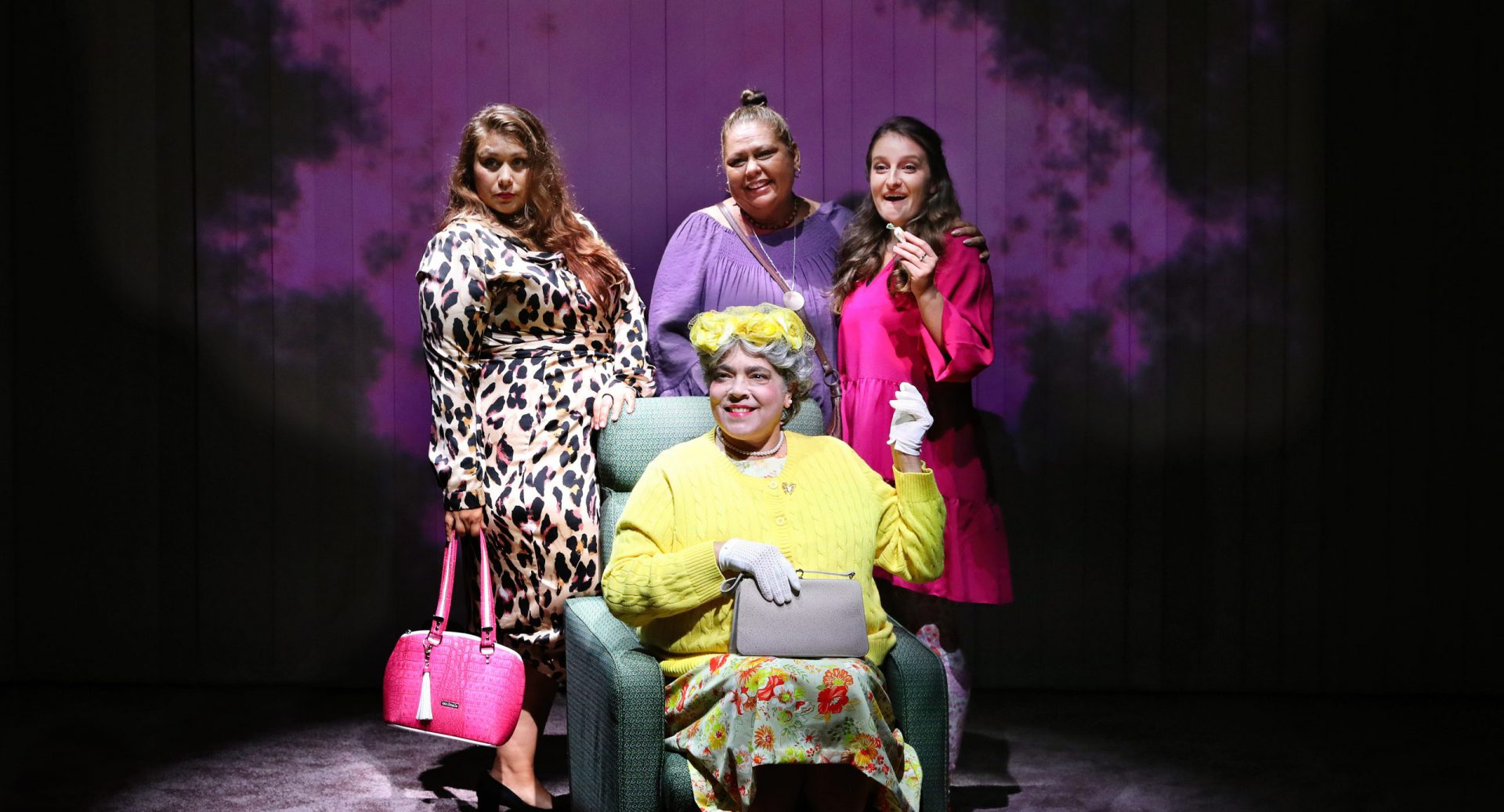 Ensemble’s A Letter for Molly is the world premiere of Brittanie Shipway’s original play and is a highly entertaining and touching exploration of family, Aboriginal cultural identity and womanhood. Directed by Ursula Yovich, the play is a richly layered experience that leaves you thinking back to it long after the 90-minute runtime has elapsed.

The play centres around Renee (played by writer Brittanie Shipway), a free-spirited artist of Gumbaynggirr ancestry whose carefree existence is upturned as she faces the sudden need to make a life-changing decision. By her side is her exuberant close-friend and confidant, Nick (Joel Granger), who helps Renee overcome her internal conflict. The play is dramatic and confronting at times, but also mixes in spades of finely executed humour which the audience received positively on the night I saw the show.

The most unique aspect of A Letter for Molly’s story is the nested narrative plot-device it creatively employs to give us vignettes of the lives of Renee’s elders, Mimi (Lisa Maza), Darlene (Paula Nazarski) and Linda (Nazaree Dickerson). This creates a layered story that gives the sense of time and change, providing a view of the relationships and personal struggles faced by Renee’s family. This plot device is also highly successful in creating characters we actually care for and connect to, which is what I believe makes A Letter for Molly so deeply engaging.

Shipway’s triumph in writing A Letter for Molly shows that Twain’s adage to ‘write what you know’ is such a powerful way for a writer to create incredible stories. Shipway’s distinct voice and Gumbaynggirr background have clearly had significant influences on the story, and it’s something you sense throughout the show as a result of how candid and authentic it feels. I thank Shipway for her generosity in sharing her voice in such a personal and intimate fashion.

Shipway’s talents as a performer are also on display in A Letter for Molly. She plays Renee, a character whose role is certainly no easy feat, exceptionally well. I think Shipway has certainly benefited from being both the playwright and performing the lead role here, as you can feel her character really come alive – a welcome treat for audiences attending this world premiere at Ensemble. However, the other cast members also performed exceptionally well. Shipway’s co-stars all do fantastically in portraying their characters. In particular, Maza, Nazarski and Nazaree’s performances do well in conveying their highly animated and richly detailed characters. Again, these performances need to be commended for having taken on highly challenging roles, in this case having to play evolving characters across a spectrum of ages over the course of the story. Joel Granger’s performance as Nick is also fantastic, and he does a solid job of bringing Nick’s flamboyant and endearing character to life.

The production of the show is also well done. Credits to Alison Williams as the Visual Art and Cultural Consultant, Hugh O’Connor as the Set and Costumer Designer, Kelsey Lee as the Lighting Designer, Brendon Boney as the Composer and Sound Designer and Morgan Moroney as the Video Designer.

A Letter for Molly is an all-round solid show. The story is intricate, layered, unique, and touching. The performances are excellent. And finally, the show comes with the kind of high-quality production you expect from Ensemble. I would have no trouble recommending seeing it before it ends on the 4th of June.