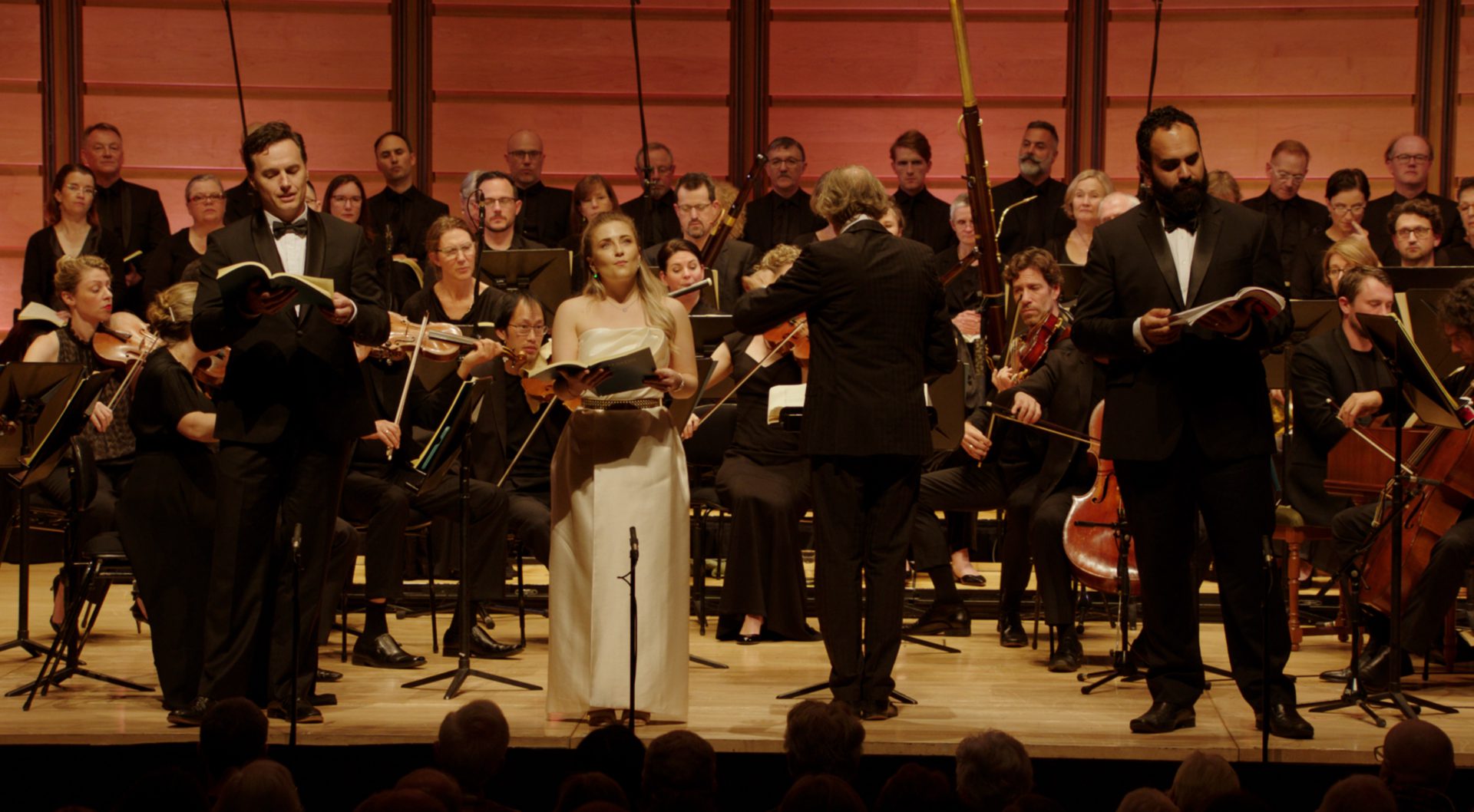 Haydn’s Creation is a spectacular oratorio that is not often performed in Australia.

It is demanding from the perspective of both interpreter and performer. But this is precisely the sort of challenge that the Australian Haydn Ensemble relishes. With the aid of Roland Peelman’s innate musicality, the Ensemble, in conjunction with the 33-member Sydney Chamber Choir directed by Sam Allchurch, gave a performance that will be hard to match.

The oratorio begins with a wistful hush of strings imitating the chaos in the beginning. An essentially-formless extended orchestral introduction, it departs from the conventional overture. James Ioelu emerges as Raphael, sotto voce and in a high range, describing the formless void, before order is set with the pronouncement ‘and there was Light’. What followed was one of the most rapturous moments in classical music, and the weight here given to the chorus looks back to the monumental sublimity of the choruses in Handel’s Messiah which had lingered in London’s cultural memory even by the time Haydn’s Creation was there performed. It dispelled Giuseppe Carpani’s infamous quip that Haydn was essentially ‘an illustration idiot’ – mild, pleasant and agreeable, but vapid. With the original instrumentation set for 120 instrumentalists and 60 singers – more than double the current setting – one can only imagine the effect in the old Convent Garden theatre. But it must also be noted that the performance of the first Parts here glossed over some parts of the original text.

The structure of the recitatives looks back to the old recitatives of the Baroque – replete with falling fourths. Ioelu was particularly effective in these recitatives. His diction is impeccable and, despite recourse to historic pronunciations, it was generally unnecessary to refer to the libretto. The clarity and force of his voice, though outstanding throughout, perfected as the oratorio progressed.

Alexandra Oomens, as Gabriel, was equally at home in the recitatives as in the arias (despite inadvertent additions to the libretto), though her performance in the arias, particularly as Eve, was naturally more arresting.

Andrew Goodwin emerges as Uriel in the recitative proclaiming the third day in Part One. His voice has a clarity and commanding rhetorical force that is characteristic of a good Lieder tenor and this worked wonders in an oratorio setting. Gabriel’s aria that opens Part Two is an instruction in tone painting, as are many of the arias in this oratorio, with a litany of animals – ‘the eagle aloft’, ‘the merry lark’, and ‘the tender dove’ – depicted by both orchestra and voice. All this looks back, yet again, to Handel’s Israel in Egypt. This was an opportunity for Goodwin to showcase the resilience of his voice, as was the tone painting in the ‘sudden leaps’ aria for Ioelu.

The grave, almost Bachian, recitative featuring ‘multiply’ (smartly accompanied by divisi basses) also brought out the best in Ioelu. Peelman could hardly have chosen a better bass to drive forward the oratorio’s narrative with such comfortable persuasion. The terzettos were something to behold, and they look forward, in a way, to the bel canto duets and trios.

But the highlight of the night was Part 3, featuring Adam (Ioelu) and Eve (Oomens). Of particular note was the final extended duet between Adam and Eve. In yet a more subtle example of tone painting, Haydn gives a distinctly folkish, and less operatic, character to the duets between Adam and Eve, than to those featuring the archangels. Yet Haydn embellishes simple phrases such as ‘fragrant bloom’ with sinuous melismas that traverse vast swathes of the soprano range in the space of a few seconds. This was precisely the sort of thing that Oomens seizes upon with a certain deftness, and never faltering to a screech, as seasoned Pinchgut attendees now well know.

It was a privilege for a Sydney audience to experience such a thoughtful and moving performance, and it confirmed that each of the soloists, the Australian Haydn Ensemble and the Sydney Chamber Choir are the ‘lights of the firmament’, of which Uriel speaks, that adorn Australia’s flourishing early music scene.