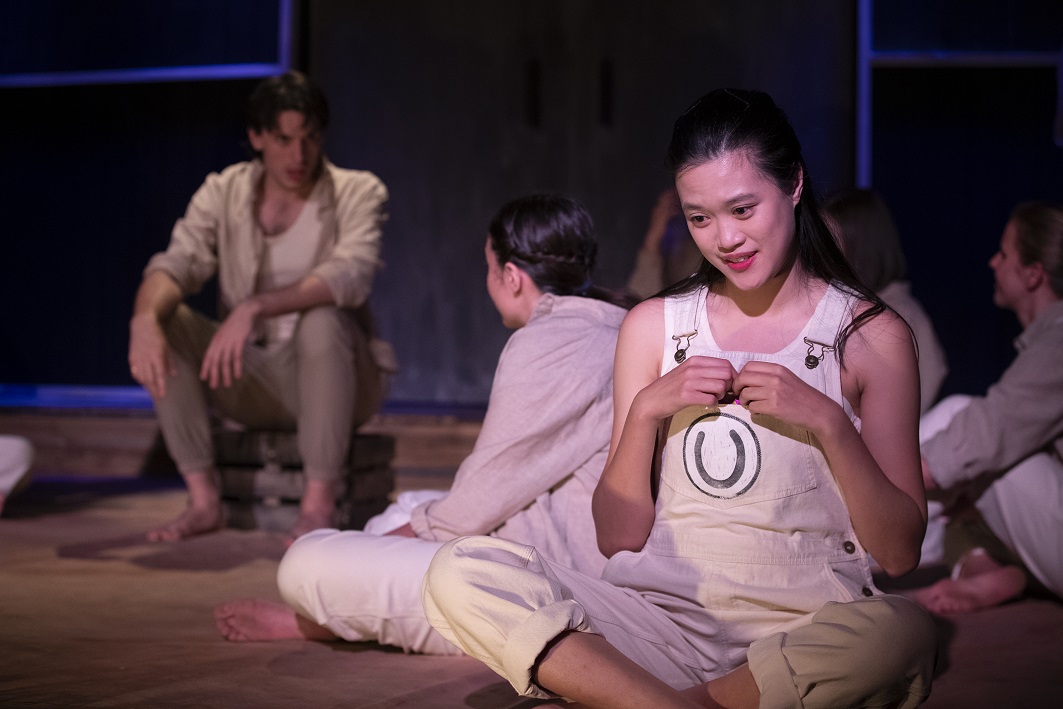 Book-to-stage adaptations are often a risky venture for theatre companies.

New Theatre’s Animal Farm, directed by Saro Lusty-Cavallari, however, is an example of an adaptation which has been able to overcome these hurdles and excel in every regard. Under the former’s expert direction, the 1945 classic has been given a breath of fresh air whilst simultaneously remaining true to the original’s ideas.

Most readers should already be familiar with Orwell’s Animal Farm. The allegorical novella tells the tale of an animal rebellion on Manor Farm against their owner, Mr. Jones (Brendan Miles). A group of pigs, led by Snowball (Lachlan Stevenson) and Napoleon (Angus Evans), take over the farm under idealistic pretences.

However, the power the pigs come to possess is not used to advance the freedom of all Manor Farm animals, but rather for their subjugation and exploitation.

Lusty-Cavallari successfully counteracts the archaicness of the original by adapting it in subtle, yet important, ways. Many of the characters have been imbued with a contemporary Australian ‘coat of paint’ through varying degrees of changes to their vernacular – Brendan Miles, for instance, does an excellent job in portraying a thoroughly modern Australian chatting with mates at the pub.

The plot has also undergone some modern tweaks. Whilst the Stalinist threat that Orwell explored in Animal Farm is mostly a reflection of a bygone era, Lusty-Cavallari has done just enough to keep the plot fresh and relevant. Especially strong was the rejuvenated ending, which did a fantastic job of reflecting the cyclical nature of political evolution and corruption.

Another hurdle that Lusty-Cavallari was able to skilfully overcome was the implementation of theatricality to an otherwise dialogue-heavy narrative. Thanks to his direction and Carmody Nicol’s set design, the stage presence of the cast is nothing short of excellent. The stage itself is very well used, feeling almost multidimensional.

Another element that deserves commendation is the costuming, an obvious issue in bringing Animal Farm to the stage as reflected in the pig’s commandment ‘No animal shall wear clothes‘. Thankfully, despite this commandment, we do not see any nudity from the cast. Instead, the costume selection has been carefully chosen to further reinforce the plot’s themes and ideas – the animals all originally wear drab, brown clothing, but over time their costumes change to reflect the narrative.

The show is made further outstanding by the cast, who deliver consistently stellar performances. Particular credit should be given to Angus Evans, who was able to expertly capture Napoleon’s Machiavellian feel.

Finally, the technical elements (which New Theatre often does well) were magnificent. Lighting was used in highly imaginative ways (credit to Rhys Mendham), and sound effects and music were handled exceptionally well (credit to Jaymes Julian Wilson). Mention should also be given to Nicol’s title cards, whose artwork served as breaks between chapters.

If Orwell was alive today, I suspect he would be more than delighted to watch New Theatre’s theatrical adaptation of Animal Farm. Make sure you do as well.