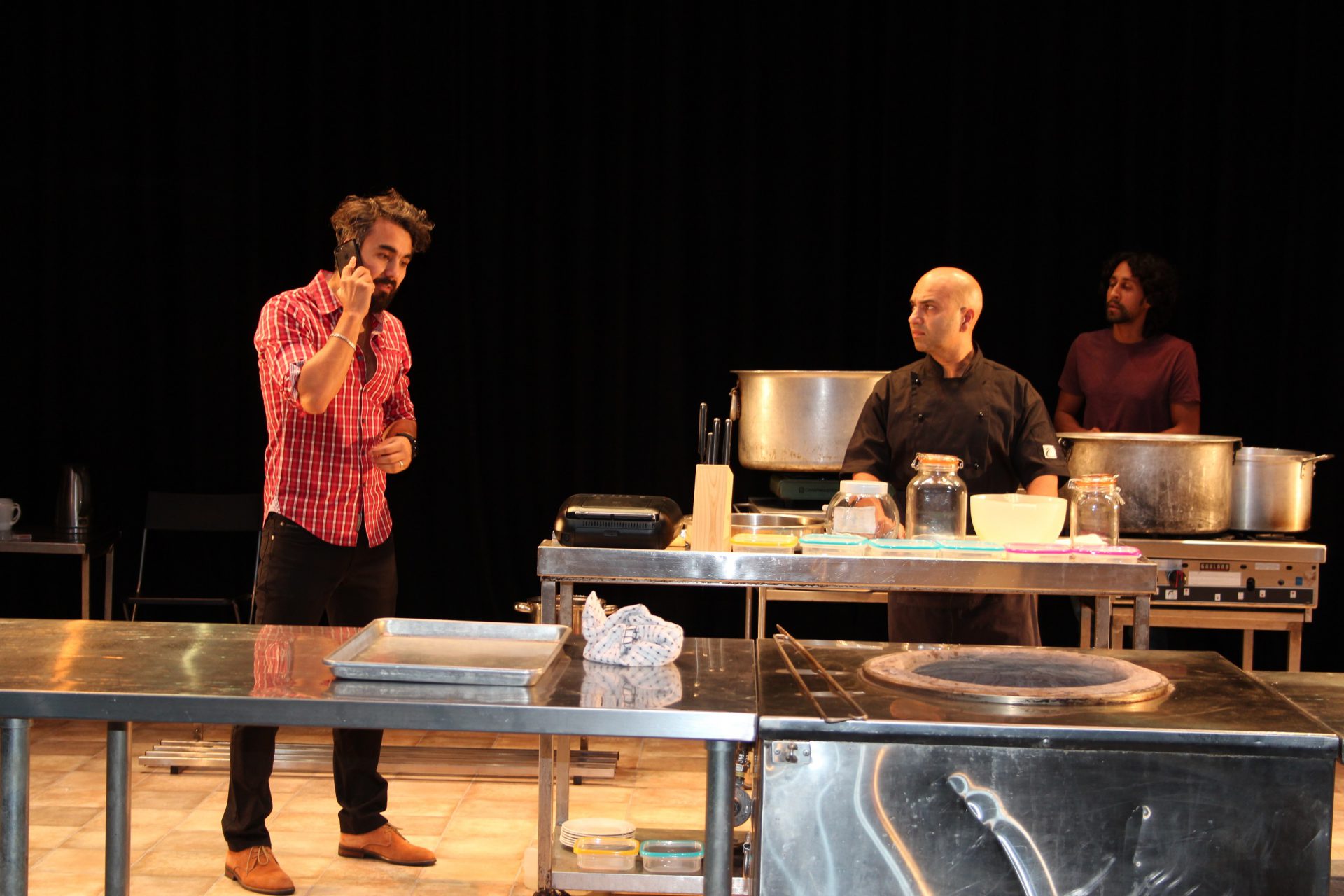 There’s plenty cooking at your stereotypical Indian restaurant – and it’s not always curry.

Ask 100 different people where they think the heart of Sydney’s West is and I guarantee you’ll get 100 different answers. Some will say it’s Bankwest Stadium, the $300 million project that somehow divided a city of 4.4 million. Others would say it’s the Enmore Theatre, mainly because it gives them a chance to make fun of the visiting I’m-angsty-and-edgy-but-my-house-has-an-indoor-heated-pool North Shore teens from the comfort of their side of town. Last but not least you’ll find those who say Istanbul in Parra; a place which makes such good HSPs their supporters make quite a compelling argument (if you can cope with the stench of their bbq-chilli-garlic sauce infused breath long enough to hear all of it).

However, the beautiful thing about the West is that there is no correct answer. In Nautanki Theatre Company’s Curry Kings of Parramatta, we are given the chance to look into a singular heart that all South Asians will recognise – the kitchen of a South Asian restaurant – and examine the thoughts, hopes, and failures of those that collectively keep it beating. Directed by Kristine Landon-Smith and adapted from her highly similar British original, it is a play with all the right intentions but a lack of energy to see them through.

What makes this show stand out to me – not just as a critic, but as an Indian – is the extensive role South Asians have played in its development process and the generation of a story where South Asian actors haven’t been relegated to supporting or stereotypical roles. On the former, we have Sudha Bhuchar and Shaheen Khan as scriptwriters, ably assisted by Creative Director Neel Banerjee (who also doubles as a Designer alongside Rajiv Maini) and Costumist Madhu Das. Under Landon-Smith’s expertise, it’s invigorating to see so many Sydney-based South Asians work creatively with one another. As a result, the story and characters this team has devised have an inherent authenticity to each aspect of their personality that it is easy for an ethnic audience to engage with them. Among others, we have the self-labeled ‘hero’ in Nadeem (Artharv Kolhatkar), the child burdened by his father’s expectations in Shahab (Firdaws Adelpour) (with his father Yaseen played by Dinsha Palkhiwala), the timid refugee in Mariam (Yolanda Torres) and even the acquiescing, under-appreciated samosa extraordinaire in Khalida (Abida Malik). There is an identity that fits every audience member, allowing each individual performance to have its shining moments. Special credit must be given to Kolhatkar and Malik in this regard, with their comedic performances often drawing big laughs from the audience due to their great timing and chemistry with the other actors. Gregory Dias as Shakeel and Aviral Mohan as Billa also deserve credit for their performance of more serious roles, providing solid renditions of characters whose humility separates them from the other cast and thus puts harder challenges on them as actors.

However, for all that success, the performance is lacking in a few areas. Bar 3 moments of strong, dynamic conflict between Mohan and Kolhatkar, Kolhatkar and Dias, and Kolhatkar and Zabi Malik (who plays Yolanda’s brother Issac), where the insecurities and fears of their characters are on overt display for the audience to revel in, the play moves slowly throughout its 75-minute run time. The fault of the number of issues the script needs to introduce, resolve and tie up, the exhaustion of the cast during various moments is something the audience picks up on. These are most notably observed in Mariam’s unplanned pregnancy (in which Torres’ reserved character disallows her the chance to put on enough of an emotionally-charged performance) and much of Nitin Vengurlekar’s and Zabi Malik’s performances as Yacoub and Issac respectively (whose characters, for the most part, aren’t as actively involved in the plot as the rest of the cast). Coupled with a few jokes that aren’t given proper delivery and some hard to hear lines, it’s best to say that this show has all the ingredients but the stove should be on a higher heat in order to bring out its full flavours.

Yet, it’s clear to see what’s really cooking on stage: the blood, sweat and tears that go into earning a hard day’s pay for fresh migrants; the terrible working conditions they’ll endure; their hopes that dreams will come true (“Shah Rukh Khan and Kareena Kapoor will come to our restaurant!”); the fierce loyalty to those that offered the first breaks, and yes, even the torture and pain of the circumstances that brought them to a land so far from home (“I see Mum’s (drowning) face every day.”)

Ultimately, Curry Kings of Parramatta only has one performance left, but if you – like me – have been longing for a play driven by South Asian and South Asian migrant culture, this is a great choice for you. Just be prepared to sit through some extended plot development to get to the strongest moments this show has to offer.