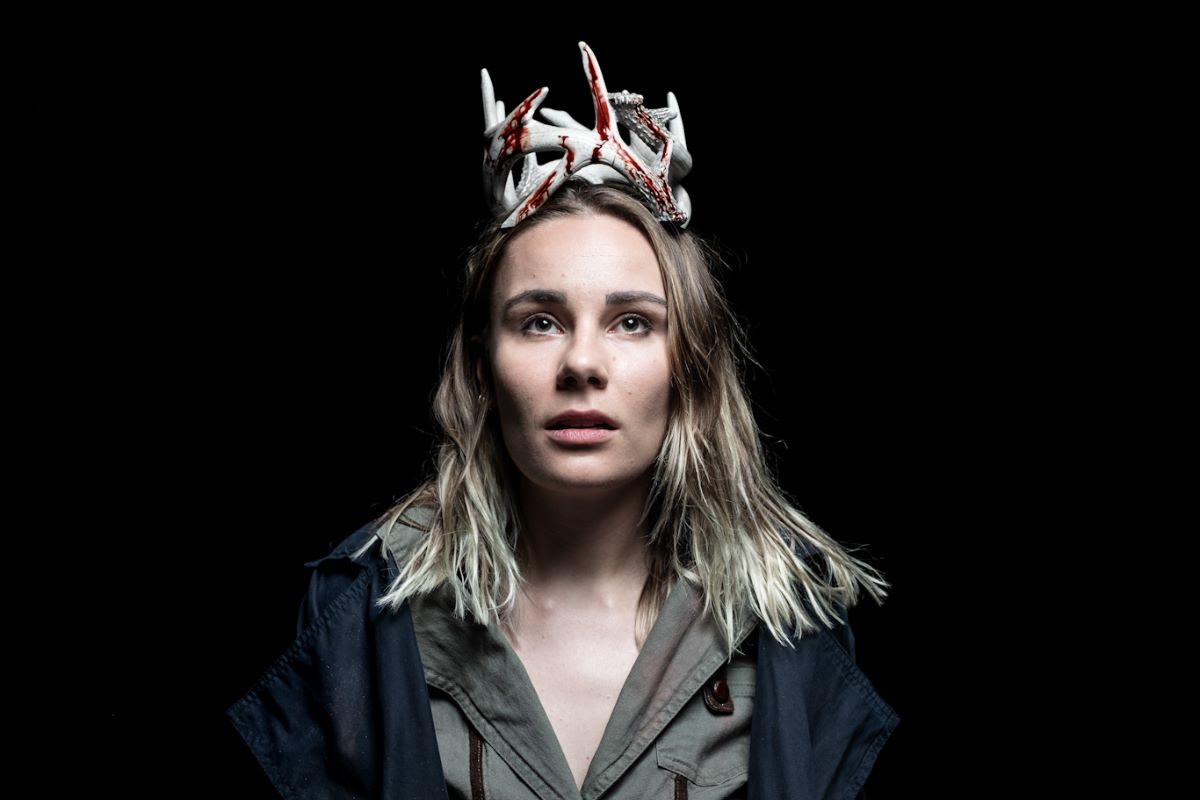 DITCH tells the story of the apocalypse in action; no sudden earthly disaster, but instead a slow rolling, persistent flood that chokes the life from all things thriving. Although Beth Steel’s debut play premiered nine years ago, Dream Plane Productions argues that its themes are still relevant, as sources suggest the current state of the world, both politically and environmentally, is “not good”. Ultimately, while Steel’s writing begins to disappoint in the second half of the play, the cast maintains an excellent performance that keeps you in your seat.

Where DITCH shines in the depth of Steel’s characters, who express such a genuine desire for hope despite their bleak reality. The cast are all stunning in their respective roles – not just due to their ability to keep up heavy Scottish accents for two hours (with help from dialect coach Gavin Leahy) – but also in their depiction of the crudeness of the residents of the security outpost they inhabit; a performance they collectively balance with a humanity that comes through in the play’s rare comedic moments. Notably, Giles Gartrell-Mills excels in his portrayal of the abrasive soldier Turner, bringing to life a believably complex character who takes a nationalistic pride in his work of finding escaping “illegals”, yet dreams of fleeing to an abandoned farm property himself.

Where the play also stands out is its mesmerizing reality – director Kim Hardwick stretches the bounds of Limelight’s cozy upstairs theatre to great effect with aid from Victor Kalka’s set design, utilizing the small stage to its capacity. This works flawlessly in tandem with Martin Kinnane’s lighting design; light shines from the backstage corridor to silhouette the monstrous figure in Bug’s dreams, while Megan’s shadow is seen skinning a deer behind curtains in another scene. The final image of light illuminating a plant sprouting from the dirt is especially impactful as a symbol of hope (despite, spoiler alert, the tragic end that befalls the characters).

However, the second half of the production seems confused at best, mixing impressive monologues with scenes that were downright uncomfortable to watch. Burns (Laurence Coy) and Mrs Peel’s (Fiona Press) developing relationship, promised as a heart-warming depiction of “two old souls trying to find some peace”, instead confuses the audience as it is built on the same misogynistic foundations seen in mainstream Hollywood media – the man chasing the resistant woman who eventually ‘gives in’ to his advances with a background of blurry consent constantly present. It leaves us unsure of whether or not this is truly a representation of humanity shining through desperate times, when the romance is so uncomfortably depicted. Moreover, the symbolism of life-amongst-death evoked when Megan’s pregnancy is revealed appears gratuitous and unnecessary, as Steel has already committed to using the plants in Mrs Peel’s vegetable plots to illustrate the same concept; ultimately becoming irrelevant by the penultimate scene of the play.

Significantly, the most shocking scene was the depiction of Megan’s near sexual assault. When watching a play – or any media, really – that features sexual assault (even attempted sexual assault in this case), my reaction is to always ask: is this necessary? If the scene(s) had been excluded, would it significantly affect the plot and/or themes? In DITCH, unfortunately, the answer is no. The scene of Megan’s near sexual assault by Turner (Giles Gartrell-Mills) does no value to either character: it demeans Megan into a victimized woman who asks Turner to “stay” despite her obvious fear and contributes nothing to deepen Turner’s own complex characterization. All too often Steel’s writing in the second half defaults to cheap shock value to evoke emotion – while we should be shocked at the cruelties humanity is inherently capable of, Steel limits this by having her actors resort to loud shouting in order to create impactful moments (particularly Turner, who is victim to so many shouted lines you feel both impressed by and sorry for Gartrell-Mills’ voice). The writing wavers in the second half primarily due to the fact that it must measure up to the first half, which sets a standard that is unable to be maintained.

In the end, Hardwick’s production is enjoyable largely due to the work of the cast and production crew, rather than the plot of the play itself. Nonetheless, DITCH provides a haunting look into what could be waiting in store for us, far into the future.