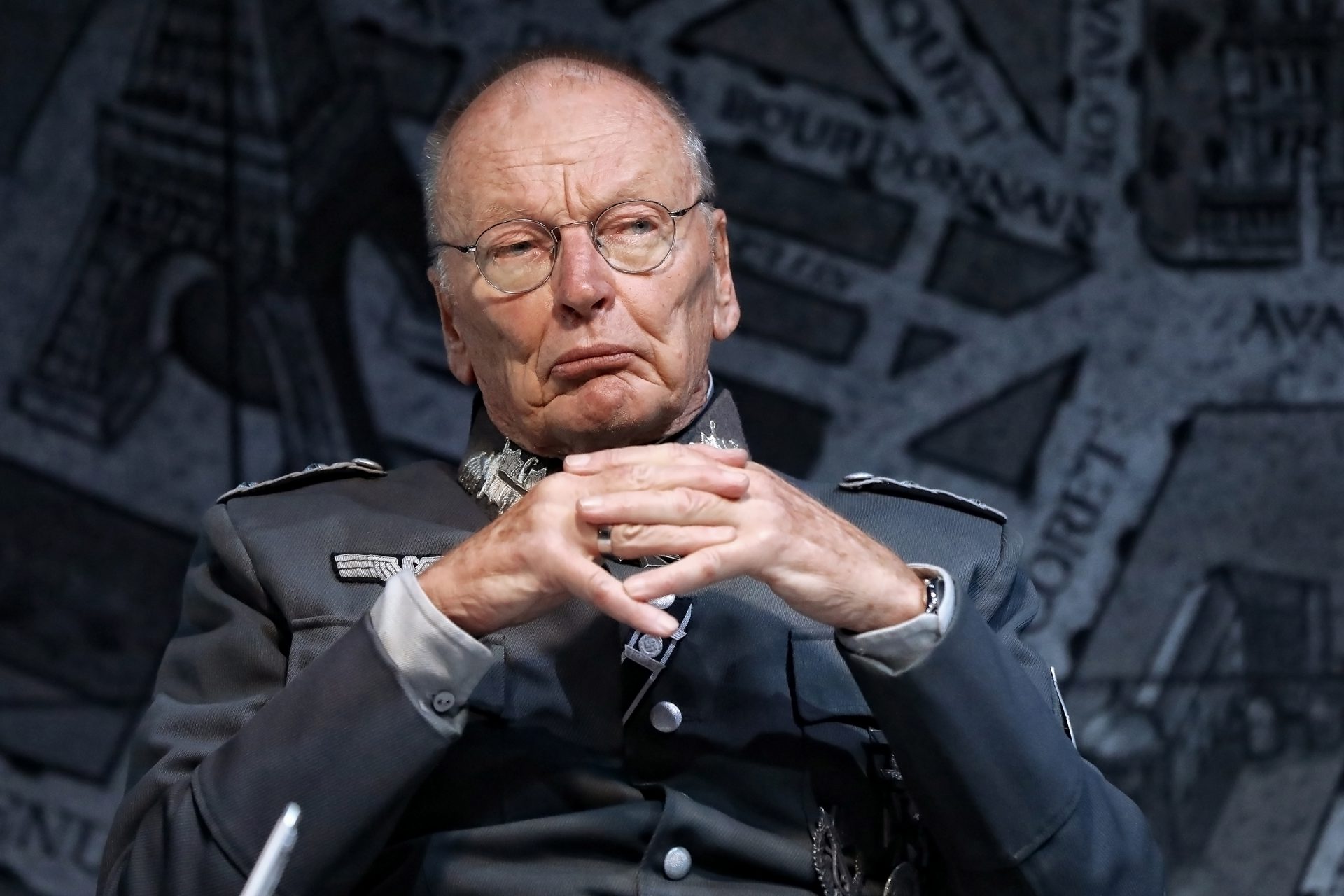 The almost apocalyptic image of that grand old cathedral up in flames, as it was circulated on TVs, websites, emails and social media around the world in April, triggered a profound upwelling of collective grief. Should the citizens of Paris have lost that cultural monument, it would have been a calamity; an unhealing absence in the city’s soul.

It is easy to forget that we could have lost them all.

Diplomacy, which returns to Ensemble Theatre following a successful run last year, tells the gripping story of that ‘almost’ – where the fate of Paris was decided in a private hotel suite as dawn broke over the city.

It’s 1944, and the war is near its end. The Allied forces are at the gates of German-occupied Paris, which has been largely protected from the ravages that have torn Europe apart. Hitler’s cause may be lost; but his chance to seal his despotic legacy remains. Headquartered in the Hotel Meurice, General Dietrich von Cholitz (John Bell), prepares to give the orders to raze the city to the ground.

Every landmark is wired with explosives. Napoleon’s grave would be obliterated. The Siene, the Eiffel Tower, the Arc de Triomphe. Everything. Two million are expected to perish.

Then, seemingly from out of thin air, a peculiar old gentleman appears in the general’s suite. This is Raoul Nordling, a Swedish diplomat. Through some clever skulduggery, Nordling knows all about the plans to destroy the city. Calm, sympathetic, charmingly brazen, he endeavours to convince von Cholitz to heed his humanity, revanche his patriotic principles and disobey Hitler.

The fact that the Eiffel tower still stands today means we know Nordling was successful. Yet this is not to say the play is without its surprises. One particular revelation makes Nordling’s persuasive tact seem near miraculous, while bringing the audience in sympathy with a man confronted with an impossible choice.

The subtlety of Cyril Gely’s script – its deep understanding of the art of dialogue, its ethical intricacies, its clever interplay of dual characters – means that the audience never feels incredulous of what Nordling pulls off. Due credit must be given here to Julie Rose’s translation, as well as John Bell’s direction.

Poised at a pivotal few hours in history  and with virtually no action, Diplomacy is a story reliant on atmosphere. Nate Edmondson’s ominous rumblings help establish the mood, as does the intimacy of Michael Scott-Mitchell’s set, which throws up a military map of Paris on the hotel wall.

It also gives two fine old actors ample opportunity to demonstrate their craft. Bell is excellent as the gruff, conflicted General, but Gaden is entirely winsome as the diplomat; counterpointing a lightness of manner with a grave seriousness of intent. Wonderfully paired on stage, they encourage us to reflect on how beneath the most heinous of crimes, a human conscience struggles; and how when we exalt blind obedience as duty, we open the door to great evil.

After its three-week run at the Ensemble Theatre ending 13 July, Diplomacy will be playing at regional theatres around the country.