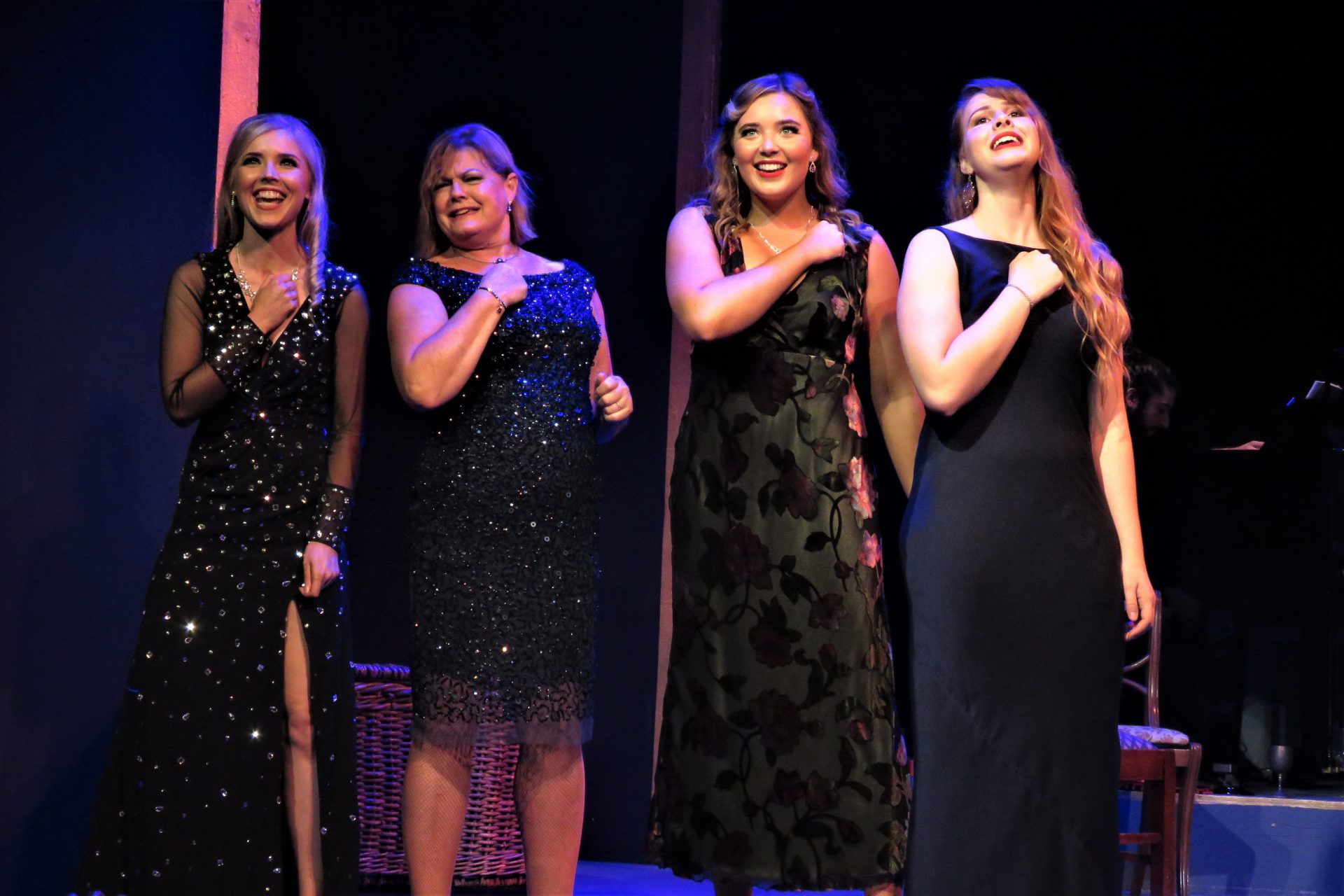 by Marina CaoMarch 24, 2019May 3, 2019
Almost 16 years after Nick Enright’s death, the Genesian Theatre pays a heartfelt tribute to their departed friend. Director Roger Gimblett’s Enright on the Night promises a fun, entertaining, somewhat nostalgic show that, at the very least, will have you leaving the theatre with the warm and fuzzies.
Enright on the Night is for long-time followers of the Genesian Theatre, the fans who would’ve heard the echoes of Enright’s name in Sydney’s theatre scene decades ago. His music, adapted by David Mitchell and Melvyn Morrow, is performed between original songs that celebrate Enright’s career and life with a genuine appreciation only amplified by both men’s personal connection to the late legend. The diverse range of music, from lonely ballad to a forceful salsa, appears daunting to the untrained eye: but choreographer Debbie Smith and musical director and pianist Dion Condack step up to the task, capturing the different emotional touches in each performance with lovely piano riffs and impressive ensemble dances. Lighting by Michael Schell amplifies the experience – his bold use of colour enchants you to the cast’s performances.
At its opening, you are promised a fun night with sing-alongs and party games – where the first act of the production begins to feel monotonous as it continues, the second act picks up and steps up in all aspects. The first hour can sometimes feel like you’re watching a documentary – a performer laying out facts of Enright’s childhood, then a musical interlude, then a description of Enright’s early career, then a musical interlude, rinse and repeat. However, where the second half picks up the slack is in Gimblett’s desire to share his love of Enright’s life and legacy with the audience, incorporating a gameshow-style segment that makes you guess the last line of one of Enright’s poems, and the promised sing-along to Peter Allen’s ‘I Still Call Australia Home’, made famous from its origin in Enright’s The Boy From Oz. During the sing-along, I link hands with the older couple next to me and, when the song’s chorus arrives, we wave our arms in sync – it’s at this moment, with a hundred others beside you, that you truly realise the magnitude of impact Enright’s legacy has.
Special guest Angela Ayers is dazzling and unforgettable on stage in her every appearance and solo performance. Cast member Rosanna Hurley’s performance is similarly authentic and captivating. Alongside Juliette Coates and Lana Domeney, the quartet’s performance constantly makes you laugh at their classic Australian lingo or fall into quiet contemplation during a piano ballad, feeling the exact emotions they want you to.
Ultimately, At the end of the night, you’ll leave the theatre with a true appreciation for Enright and the family that the Genesian Theatre has built deep in Sydney’s business sector.
previous post