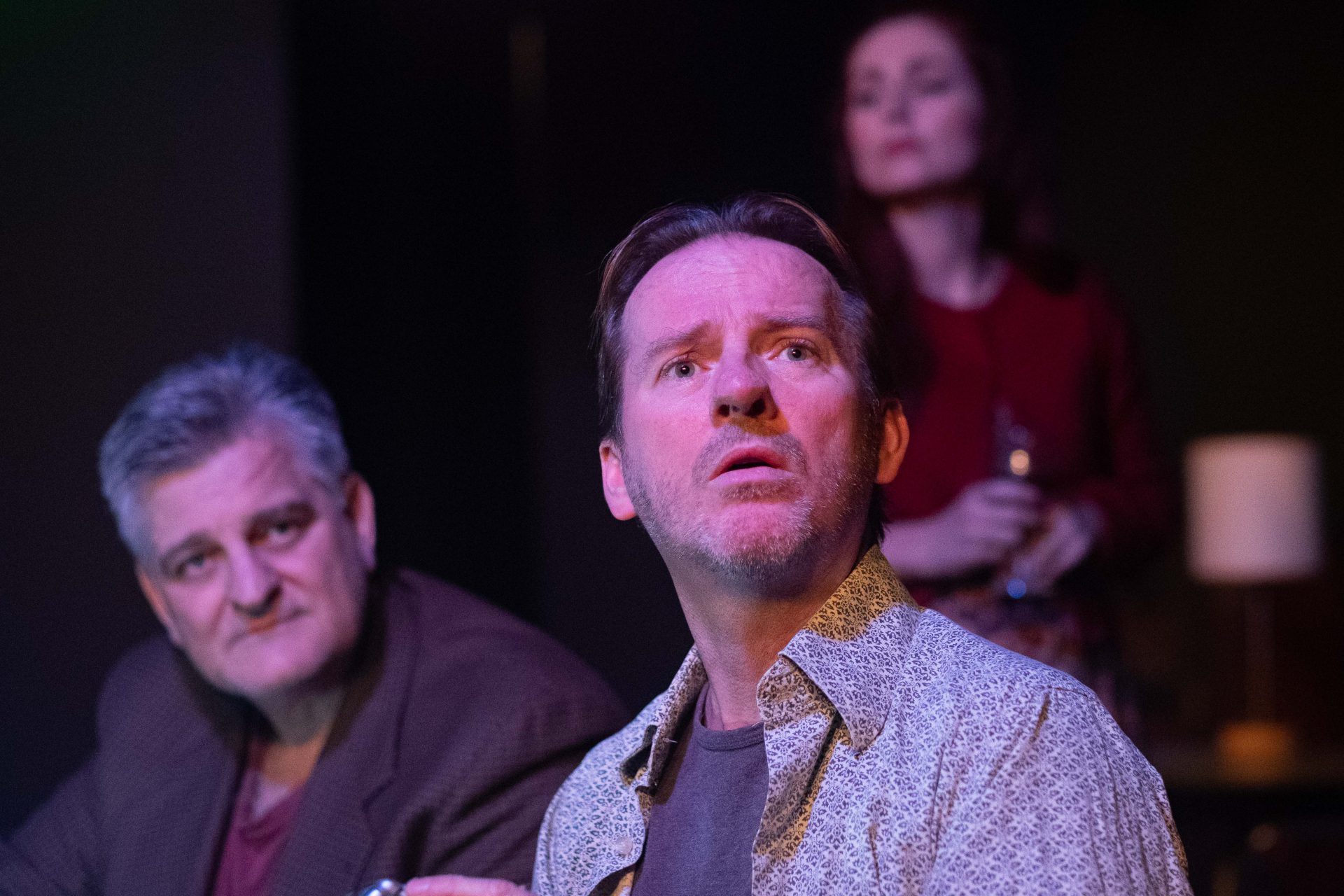 Like me, I am sure many of you have had the urge to pack up and move out to a non-descript town in America, bathing in the sumptuous American Dream. No? Your loss.

The image of the non-descript American town in middle-America pervades many imaginations, having been used in so many of the great American novels and plays of the 20th century. It shows the universality of our ingrained individual and societal problems. The Realistic Joneses by Will Eno follows the lives of two couples living next door (both incidentally named Jones) in their interactions and personal challenges. Jennifer Jones (Suzann James) is stoically taking care of her sick husband Bob (Jeff Houston), who is struck with a rare disease similar to Alzheimer’s. There is denial and genuine suffering as they live life day-by-day not knowing how soon Bob may succumb to the disease. They become friends with John Jones (David Jeffery) and Pony Jones (Jodine Muir) who are suffering from their own challenges of denial and lack of authenticity.

The Realistic Joneses is a recent attempt at recapturing this genre for the 21st century. Indeed, the play somewhat familiar in relation to popular 20th-century classics. However, it felt tangled, straddling genres that had the potential to work, but ultimately just didn’t work. To put it into perspective, it felt like a hybrid between Waiting for Godot and All My Sons – a combination that seems like it very well may work, but I’m afraid it just didn’t cut it for me. The conclusion seemed like a compromise between these two plays, offering both no satisfying resolution nor a flawed but meaningful end. All the characters were forever trapped in their lies and denial, but the play dressed it up as a non-issue, enviably leaving the confused and dissatisfied. If the elements ran deeper this may have been okay, however the perpetual superficiality destroys the chance for this to be meaningfully achieved for the characters or audience as you cannot draw blood from stone. If the playwright creates characters who display constant superficiality then inevitably this is going to rub off on the rest of the play, despite other possible intentions.

Yet, there were elements in the play that did work. Whilst in one sense it felt like we had all gone through the looking glass, alternatively the play felt confrontingly familiar if one was raised in middle-class suburbia. Conversations have the propensity to lean towards the superficial, demonstrating an eternal paradigm of monotony. The play actively attacks the superficiality of the day-to-day but failed to restore meaning to these devoid lives, which I believe was by far the most dissatisfying element of the play.

Further, the execution by director Julie Baz is to be commended. I honestly felt that this play could very easily descend into the very problematic if it were not as well interpreted. Also, It was thankfully largely redeemed by the fantastic performances of the four cast members in combination with elements such as the excellently designed three-scene set. This made the important fundamental messages clearer and more accessible for the audience, helping in to draw some blood from stone.

Ultimately, the ideas behind The Realistic Joneses have a lot of potential, but the performance was only occasionally able to synthesise these into something tangible. Nonetheless, the execution by Baz, her design team, and the cast are commendable in their illumination of the play’s potentialities to its audience.