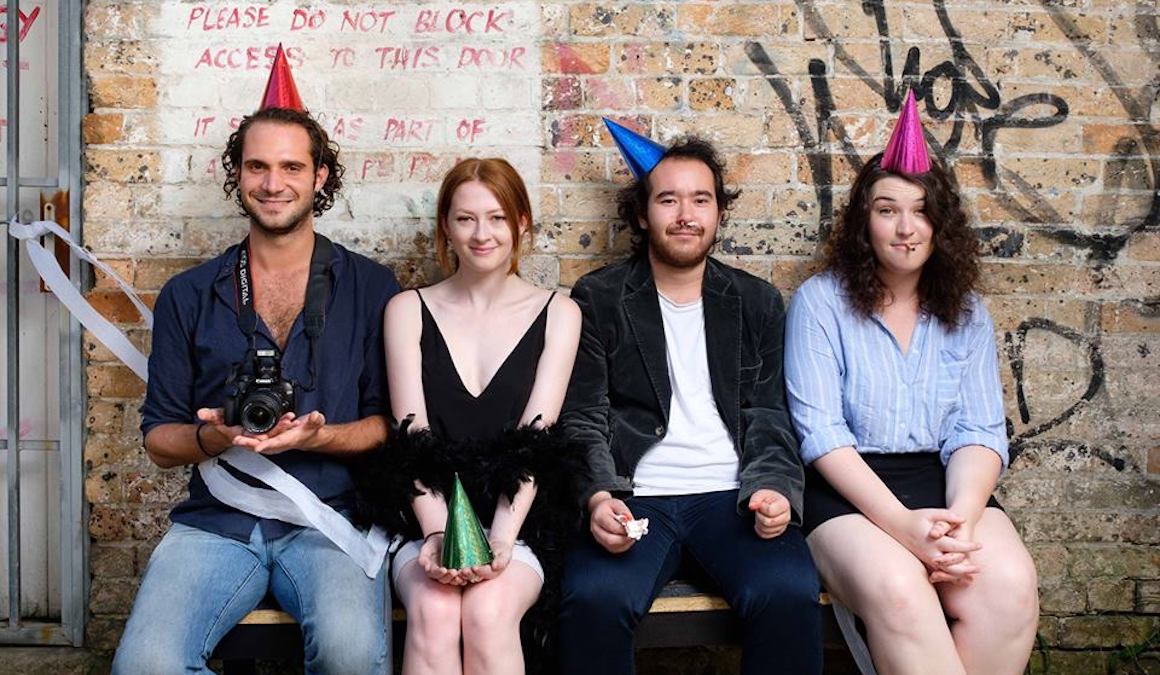 Talking to the Birkenstock-rocking Producer Jordy Shea after the opening night of this show, he told me that The Divorce Party is a listener. Something you really have to pay attention to in order to get the most out of it. That makes sense; I’ve lauded Liz Hobart’s scriptwriting for that sort of quality before, and will continue to do so here. In my opinion, the show is quite a fitting end to the Old 505’s FreshWorks season. The ensemble work, sound design, and direction is of an unusually high standard for a show of this level, making the play’s 50-minute run time go by quickly when these elements are at their best. However, I will admit one does need to listen quite intently – the gift that is a 50-minute show is cursed by a plot that needs to flesh out its climactic points further in order to have a greater impact on the audience, especially when we have taken the effort to become invested in the story and its characters.

Akin to a grown-up, suburban Australian version of The Breakfast Club, we’ve got a mismatched group of people trying to figure out both how the hell they got where they were and why they’re actually there. Badaidilaga Maftuh-Flynn, the actor whose name strikes fear into baristas, Microsoft Word spellchecks, and ATO forms without enough blank spaces everywhere, takes on the role of Gene; the outsider of the quartet who stumbles into the divorce party bleeding from the back of his head. Ariadne Sgouros, who for the first time doesn’t have the most unusual name in a group, plays Dora; the deceptively able-bodied postie for the local area who cracks the most jokes but is the most insecure. Meg Clarke, whose name has likely been stolen by the Betoota Advocate for an article about someone’s fitspo Instagram or extended European holiday, is Annette; the only close family member of the divorced couple and a hairdresser who loves a bit of gossip. Finally, there’s Alexander Stylianou as Frank; the divorce party’s photographer and, to be frank, someone I couldn’t think of a name-based joke for. Linked by the need to spend some time away from the divorce party, this team takes the audience from the underwhelming backyard environment they find themselves in into the realities behind the play’s divorce, its effect on the town they live in, and the lives it has ruined both intentionally and incidentally.

Alexander Lee-Rekers’ direction of their ensemble work manages to give Hobart’s script the support it needs to be a good script. Thanks to his work, there’s an instant chemistry on stage that is bolstered by Sgouros’ performance; as the closest thing to an everywoman in the show, she establishes herself as a voice of humour (and later reason) amidst the chaos of Hobart’s plot. Lee-Rekers allows the actors and audience alike feed off Sgouros’ energy, strong comedic ability, and subtle displays of emotion with ease. This is best seen when she interacts with Clarke and Maftuh-Flynn, with Clarke’s bitchy performance going from strength to strength at those points and Maftuh-Flynn giving more of himself to those moments than when he’s on his lonesome. Stylianou, however, never really seems to find his niche in the play, the duality of his character having a similar effect on his performance, due to the contrived nature of his role and the random comedic lines/out-of-the-blue bombshells written for him. Even though he’s on stage for quite a while, I feel we don’t quite see or hear enough substance from him; the same goes for Maftuh-Flynn, who seems to be on stage because there’s nowhere else for him to be. In the context of the plot this makes sense, but otherwise indicates a potential lack of opportunity in the short script.

That shortness, to me, is the play’s biggest issue – disallowing Hobart, Shea, Lee-Rekers, and the rest of the team to tell the story they intended. If the play ran for a more conventional time, the male leads would have the bigger responsibilities they need to make a greater contribution to the show. Jokes about bankers and poodles wouldn’t be as (slightly) overdone as they were. The numerous climaxes in the script would get the build-up they deserve, rather than be fitted in because otherwise there wouldn’t be a cohesive story. Most importantly, the end of the play might make a bit more sense. With such a small timeframe (I mean, this is just under the length of a Narcos episode), and not knowing how especially important it was to listen, there is a lot that can fly over the heads of an audience that is used to (and subconsciously expects) shows that last for over an hour. Which, I would assume, is essentially all audiences.

Ultimately, given my previous ambivalence to FreshWorks shows, I can happily say that I am starting to enjoy the concept a bit more. There aren’t many performances of The Divorce Party left, but if you think you’re quite the professional in the field of listening, check this out and see what you think.