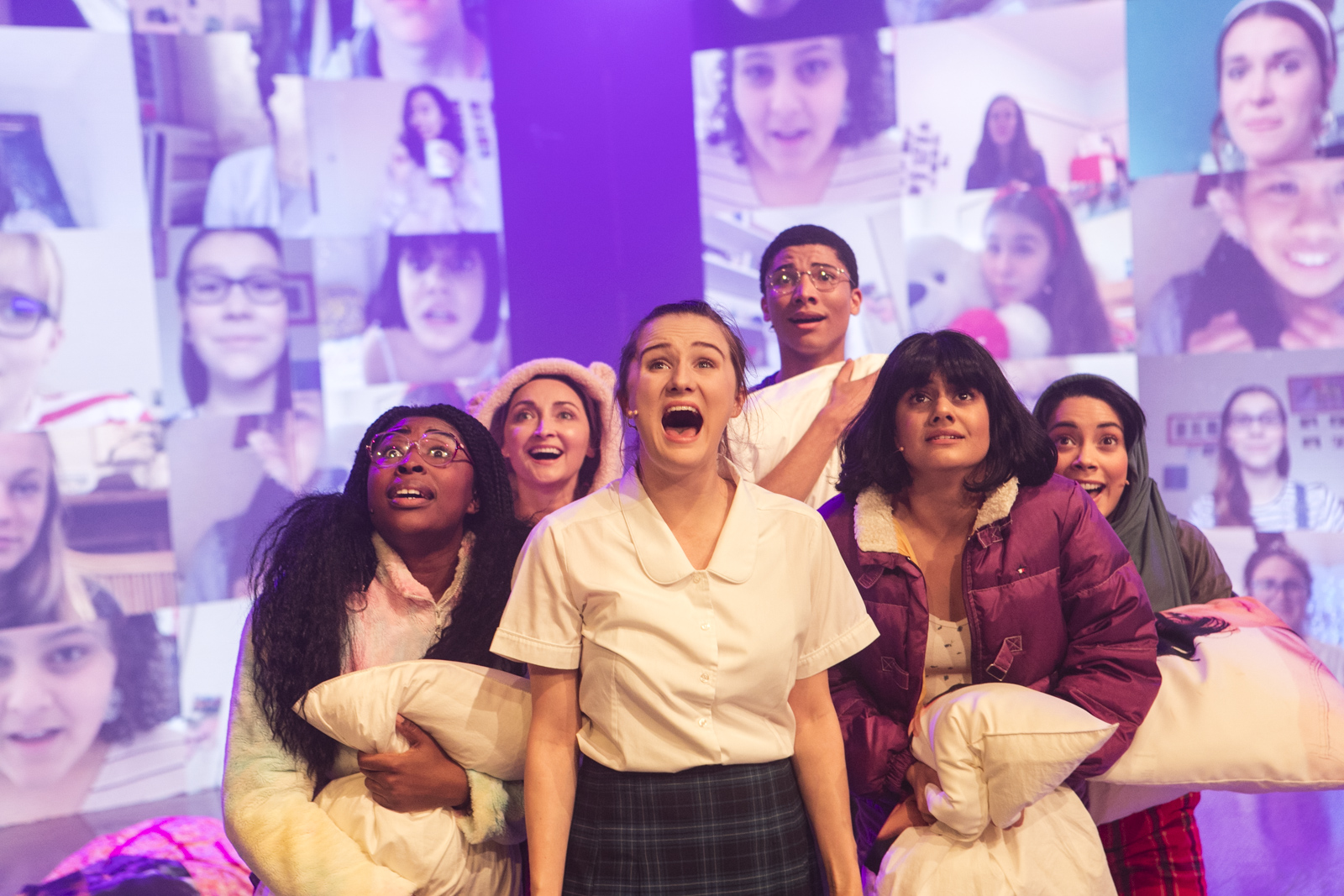 Fangirls is a show about, of course, fangirls. Each cast member is uniquely talented in singing, dancing, and acting. Luckily, they’ve got their work cut out for them: writer and composer Yve Blake’s creation is consistently enthralling for audiences, and the production quality is so flawless it feels like it belongs on Broadway.

A cast like this can make even the dullest script enjoyable. As principals, Yve Blake plays fourteen-year-old Edna, who along with her close friends Jules (Chika Ikogwe) and Brianna (Kimberley Hodgson), are fans of teen heartthrob pop-star Harry (ex-Voice Australia finalist Aydan).

Blake’s script, developed with dramaturg Johnathan Ware, David Muratore and Alice Chance, perfectly balances humour with the more serious issues it addresses. Rarely will you see a show that can humorously depict the melodramatics of being a teenage girl whilst still paying respects to the real struggles many teens go through, ranging from a tumultuous self-image to the often rocky relationships many will have with their parents.

Further, David Fleischer’s set, video, and costume design truly makes this a show for the new generation; its multimedia aspect is innovative and incredibly fitting considering its material, allowing us to explore the online narratives woven into the script.

Particularly worth a mention is the incorporation of the Global Fan Chorus. Each chorus member participates in a pre-filmed, Skype-style home video you’d see on a talk show. it’s how Fleischer and video content designer Justin Harrison manage to incorporate the choir in a way that adds value to the narrative that makes Fangirls’ song numbers so memorable.

There’s a lot I could go on about – how Emma Valente’s lighting design is stunning, how Leonard Mickelo’s choreography is tight and hilarious at times – but really, it’s nothing compared to experiencing the ride for yourself.

Overall, Fangirls is highly recommended if you have ever been a fan of or bought merchandise of a pop-star (yes, K-Pop idols count too), spent most of your high school life daydreaming, ever felt like your interests were undermined or belittled by those around you, or commonly do things like breathing and eating.

Seriously, watch it. You won’t regret it.