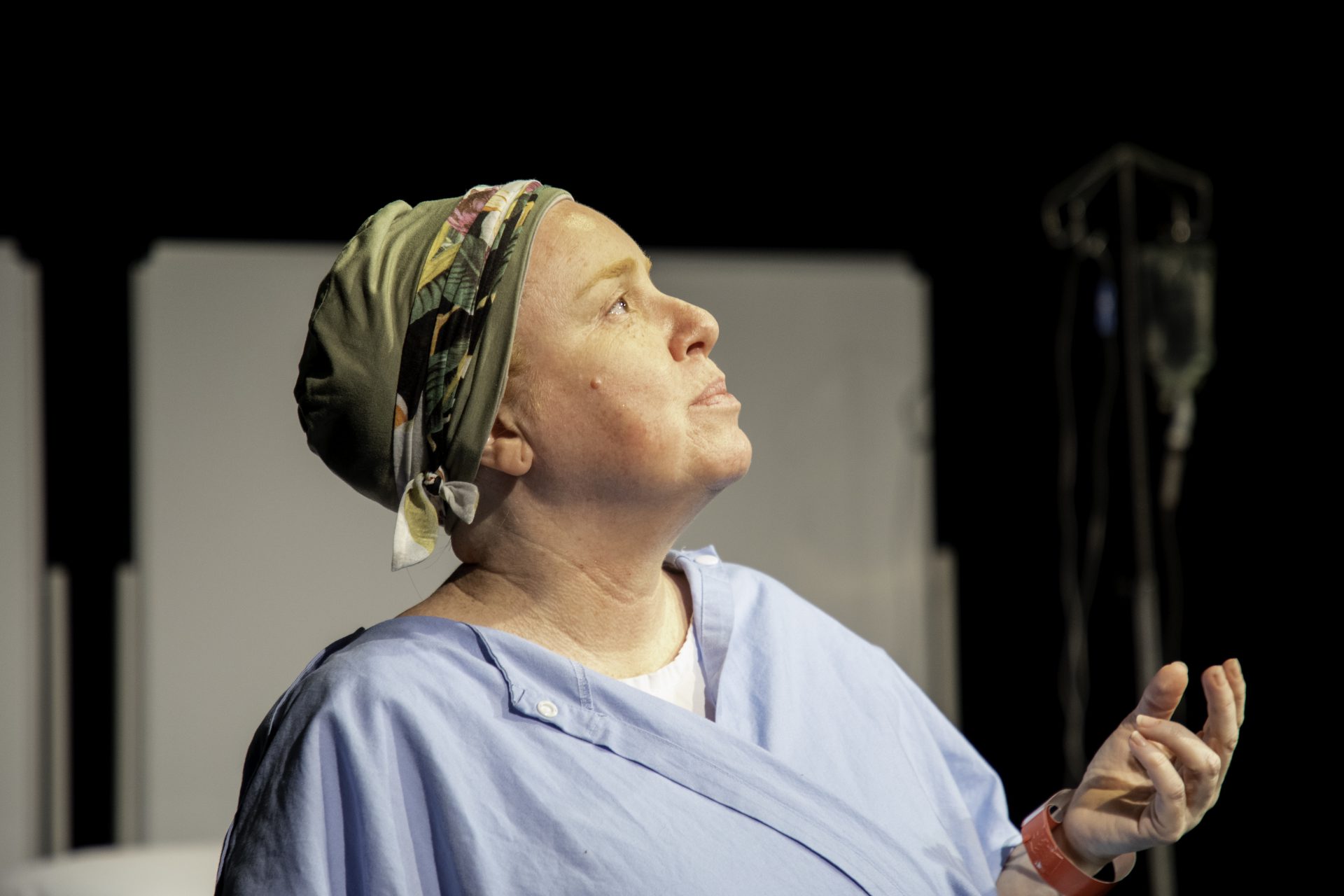 Bearing a heavy burden, this show is almost always on the money.

Let’s face it: in the modern day, calling yourself a lover of poetry is pretty lame. As compared to arguably any other topic, citing oneself as such doesn’t generate the pub chat it likely used to. So, what is to be made of a play that tells the story of a dying character unashamedly adopting this label?

In Clock and Spiel’s production of Margaret Edson’s iconic text, a whole lot of good.

Starring Cheryl Ward as Dr. Vivian Bearing, the English professor whose admiration of 17th-century poet John Donne is boundless, the show is a credit to both its inspiration and its playwright.

Depicting Bearing’s cancer diagnosis and subsequent recollection of her life, Ward is a strong lead. Consistently able to capture the dry humour in the script, her constant breaking of the fourth wall is simply delightful (even if some of her interactions with the other cast don’t draw as equitable praise). Yet, one wonders if she further could ramp up the sarcastic tone of her performance to deliver even bigger laughs or progress the play more quickly.

Her supporting cast reflect this mix. Chantelle Jamieson as Dr. Jessica Posner is intentionally as unlikeable as it gets, twisting the audience’s initial perception of her for the better as Jess’ character arc develops. Hailey McQueen is a capable and likeable aide in Sue Monahan, with a daisy-like spirit that gives her a graceful and undaunting stage presence.

Alternatively, one feels sold short by the various lab technicians and Jan Langford-Penny as Professor Ashford.

Though the former function more as swing characters – taking on student and resident roles too – director Helen Tonkin’s decision not to play up the faux familial relationship Bearing and Ashford share from the get-go makes the latter feel under-utilised. This doesn’t stop the play’s emotional climax between the two from holding its ground, but again leaves one to wonder what could have been had a slightly different approach been adopted.

From a technical perspective, there is much to praise; indeed, it was the hidden highlight of the night.

Though Adam Jones’ sound design may initially strike one as cheesy (the beep of a steady heart monitor forces the show’s health-related narrative down your throat), this is quickly done away with as he creatively incorporates such sounds and moving classical music more naturally into the performance. Bravo.

Victor Kalka’s set and lighting design is equally creative. Clock and Spiel stay well within their budget, using double-sided whiteboards and basic lighting to take the audience from an MRI scan to Bearing’s childhood home and, most notably, a lecture hall (cue house lights and a downstage Ward addressing the audience in full university lecturer mode).

Ultimately, Clock and Spiel’s Wit is a lovely indication of what indie theatre can be. Though a mix of opinions undoubtedly exist with respect to the decisions made and approaches taken, I am happy to say that one does not leave the show feeling hard ‘Donne’ by.