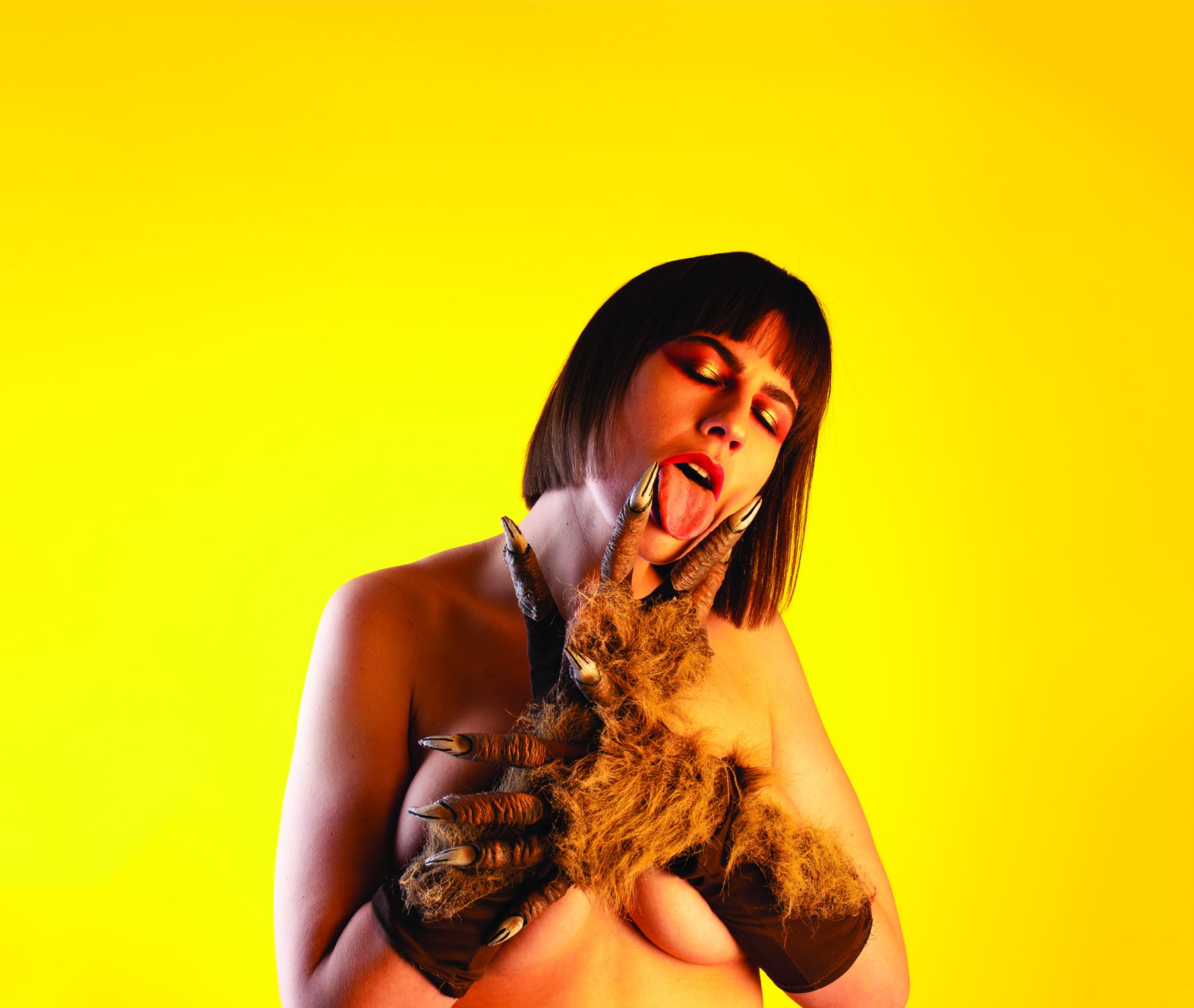 Playing at the Old 505 Theatre in Newtown as part of the 2019 Sydney Fringe Festival’s Innocent Bystander Touring Hub, Feminah is unapologetically…

Women are always being described as unapologetic or unashamed; a discourse that Charlotte Otton seeks to dismantle in her hilarious, all-too-relatable cabaret that smashes the limited definitions of what it means to be female, feminine, and fuckable.

Floating on stage in a delightfully hideous late 19th-century hoop skirt and sporting a Khaleesi-style blonde wig, Otton takes the audience on a journey through the decades of women’s ‘liberation’, peppered with songs and anecdotes.

It’s soon clear why Otton has been a Fringe favourite, having won the Fringe Tour Ready Award 2019 in both Melbourne and Sydney.

It’s not just her sultry vocals, equally at ease singing a husky tongue-in-cheek version of Britney Spears’ Hit Me Baby One More Time or belting the many popular power ballads that pose what are actually very questionable lyrics.

Nor is it her ability to bare all; and not just in the ‘occasional nudity’ sense that’s printed across the shows content warning.

No, the real reason is her effortless comedic timing and wit. Otton’s bemused facial expression here, quick jab there, or my favourite – her sexy 1920s-esque knee reveal – had the audience in stitches throughout the entire show in a way that only a truly seasoned performer can do.

Because Charlotte Otton is – and she’s here to empower, entertain, and in the final words of her performance, ‘fist the patriarchy‘.

None So Blind (Review)