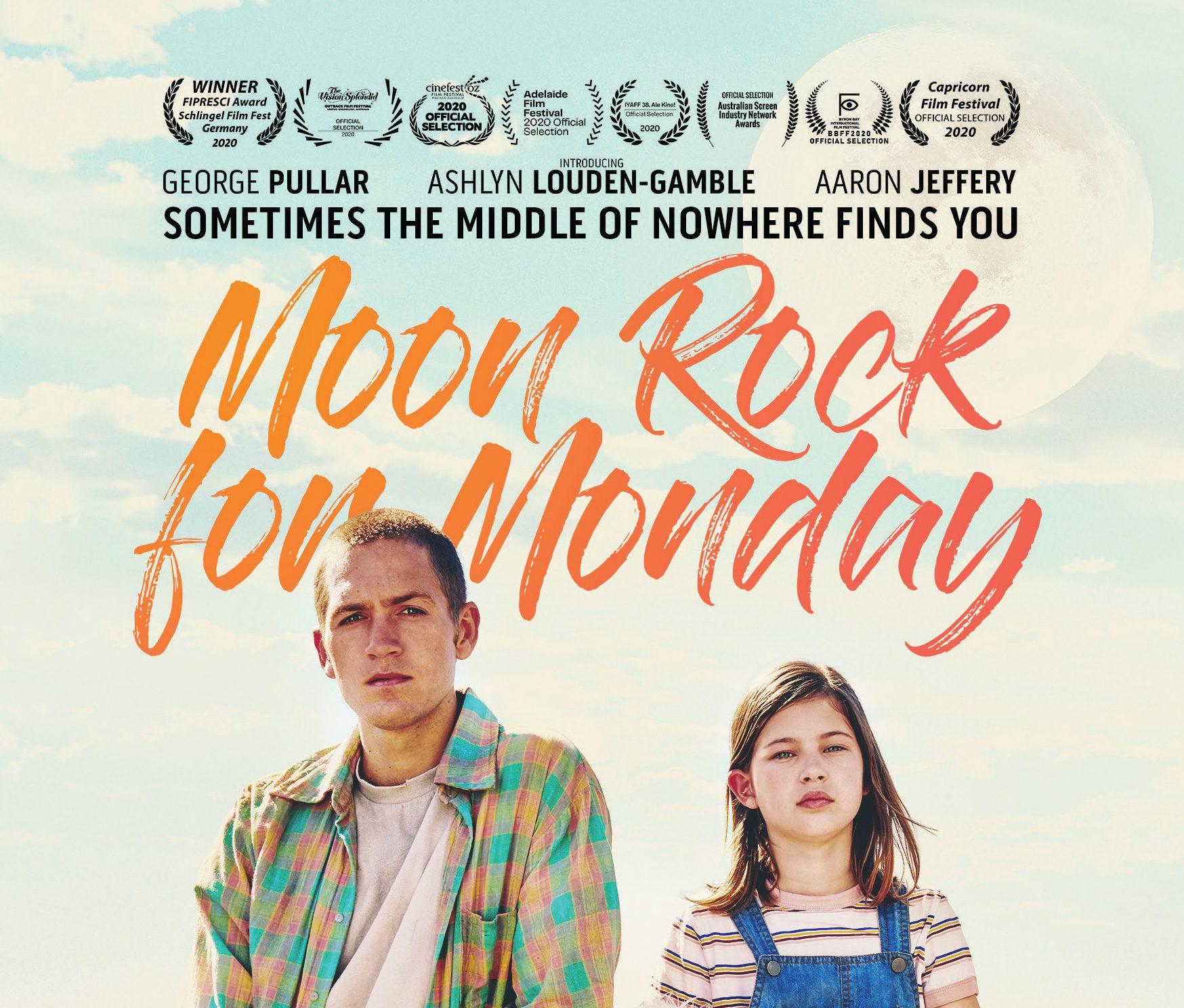 An uplifting road trip film between a heartfelt sibling-like duo in search of the answers in the middle of Australia.

Moon Rock for Monday is the cinematic road trip tale of a sheltered terminally ill young girl named Monday (Ashlyn Louden) and her delinquent older brother-like companion Tyler (George Pullar). Both come from different worlds, where they meet on a chance encounter and form a striking bond. Lured by the idea of a better life that awaits them – Tyler, in search of a job that offers a new beginning, and Monday, in her belief that Moon Rock (Uluru) will heal her sickness – road trip from Sydney across the middle of the country to the Northern Territory.

Writer and director Kurt Martin successfully captures the heart of Australia in this indie road trip film, showcasing the Sydney city twilight contrasted with the vast open rural landscape, as we are whisked away between the differing environments. He sets the tone of wonder and adventure as we begin the story from Monday’s point of view, costumed in an Alice in Wonderland-like blue dress complimented by the whimsical music ambience, as we are introduced to her characters monotonous morning routine and her obliviousness to her situation that shows she is in her own world. But this is brought back down to earth with the trouble that follows Tyler as they begin their journey together.

Martin wonderfully casts a heartfelt sibling-like duo who you immediately grow an attachment to. For me, the scene that cements their on-screen bond is at the start of their road trip when Tyler teaches Monday the power of a strong roar, which is subsequently used to get them out of a sticky situation. Pullar’s ability to connect in this key moment shows a playful nature unseen throughout the film at this point. Showing his versatility to switch from guarded body postures and stoic mannerisms, to this jokingly endearing older brother-like figure, in Louden’s presence alone that you want to root for.

In a similar way, Louden’s body language and gaze alone portrays a level of guardianship over Tyler that is juxtaposed after constantly being portrayed as the sick kid that is looked after. This is showed on screen after witnessing Tyler’s inability to sleep throughout the film, which is only overcome as Monday watches over him. Louden plays this level of delicacy with a level of ease and closeness that showcases she is Tyler’s personal angel guarding over him. This film not only portrays the stunning versatility and chemistry of both leads that draws you in, but its landscape cinematography and use of sunlight leaves you in awe of the vast landscape magicality that doubles as the third lead character on this road trip.

In this way, Moon Rock for Monday has cemented itself in my list of road trip films. While it doesn’t quite hit the mark with its awkward insert of slapstick humour, hitchhike storytelling, and jam-packed ending, it does successfully pull on your heartstrings. The film does a brilliant job at showcasing the strong chemistry between the wonderful leads as they nail their performance as both an incessant quarrelling sibling duo to a duo who also shows genuine affection for one other, as you grow a sense of attachment to the characters who you have followed for the last 100 minutes. You fall in love with each Australian landscape pitstop supported by the whimsical musical theme that parallels the leads as they grow fond of each other and you hope that their journey provides them with everything they’re looking for.