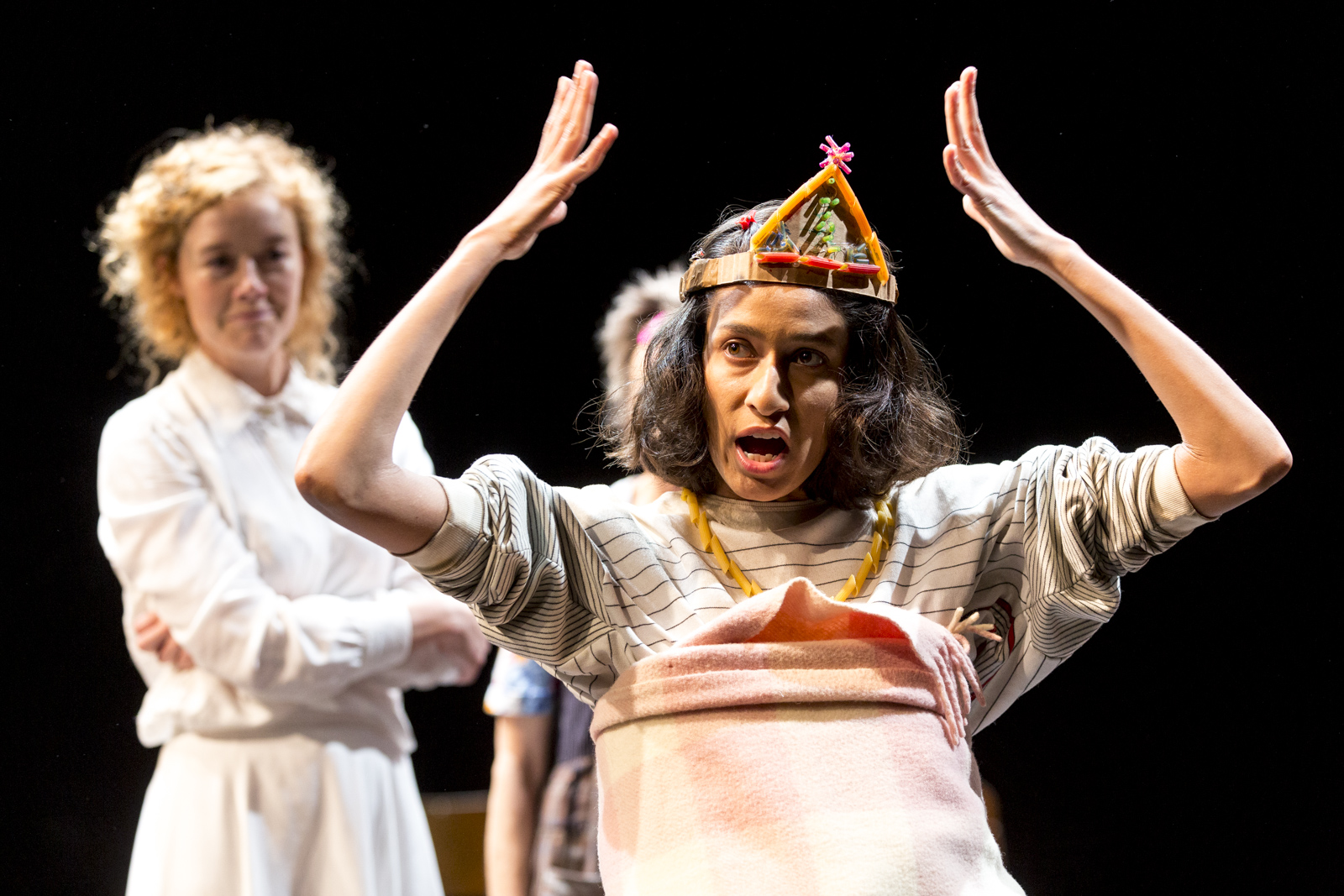 A story that’s more than a century old, yet still holds many modern-day truths.

You might be familiar with the original Miles Franklin novel (which she wrote when she was 17!), or perhaps Gillian Armstrong’s 1979 film version starring Judy Davis and Sam Neill. Well, it’s now time to get acquainted with Belvoir Theatre’s stage adaption of My Brilliant Career.

It’s strange to think that a story told 120 years ago from the perspective of a teen girl living in the 1800s still holds weight today. Some may put it down to an author ahead of her time. Others will perhaps lament that society simply hasn’t come far enough. After all, at its core this is a story about the small box women must twist, turn and contort into to fit society’s ideals. And this, it’s worth noting, is written from a white woman’s perspective partly telling a story of White Australia, requiring BIPOC women to contort themselves even further to fit into such a box.

Sybylla (Nikki Shiels) is a precocious farm girl in rural New South Wales with Nicole Kidman-esque red curls who dreams of adventure (and music! and acting!) and escaping to a faraway dreamland … Sydney. Unfortunately it’s a life beyond the reach of a person unlucky enough to be born a (poor) female in the late 1800s, but Sybylla maintains that there’s more to life than milking cows, scrubbing floors and looking after her (seven!!) siblings and alcoholic father (Jason Chong) on a remote plot of land out near Goulburn.

When her mother (Blazey Best) tires of her antics, Sybylla is sent to live with her wealthy grandmother (Tracy Mann) and it looks like all of her dreams are coming true. She has two suitors falling for her – uptight Frank Hawdon (Tom Conroy) and charming, wealthy Harry Beechman (Guy Simon). But more importantly, her uncle (Chong again) is going to take her – wait for it – to Sydney!

But – as we’re told by Sybylla in the show’s first few lines – this is not a romance. The second half of the show sees her dreams of a brilliant career dashed, as the realities of poor, rural farm life settle in.

What struck me was just how funny (I’m talking laugh-out-loud) this show was. During the post-show Q&A the cast attributed such wit and humour to the razor-sharp script of playwright Kendall Feaver, but credit must also go to the cast themselves and the direction of Kate Champion. In particular, Shiels’ comedic timing had the entire audience in audible guffaws – an impressive feat given that everyone in the audience was wearing masks. A definite highlight was the ensemble effort during the scene with the illiterate McSwot family darting around the stage, terrorizing their new governess. Watching Mann transform from grandmother to toddler (with costumes by Robert Cousens giving a sly wink to modern Australia) was a pure delight as she pranced about maniacally in overalls and wild hair.

A sparse set (also by Cousens) allowed Feaver’s script and the cast to really shine in their various roles. While perhaps a touch underwhelming, the set (or lack thereof) allowed certain clever moments to shine; one such moment, involving buckets of water being thrown on stage, evoked a loud gasp from the audience.

If you do grab tickets – and it’s highly recommended you do – one word of warning. The air-con in the theatre was just a bit too cold, and post-show chatter from the audience was a mix of how enjoyable the show was, mixed with “Gee, the air-con was a bit cold hey?” So, pack a jacket.