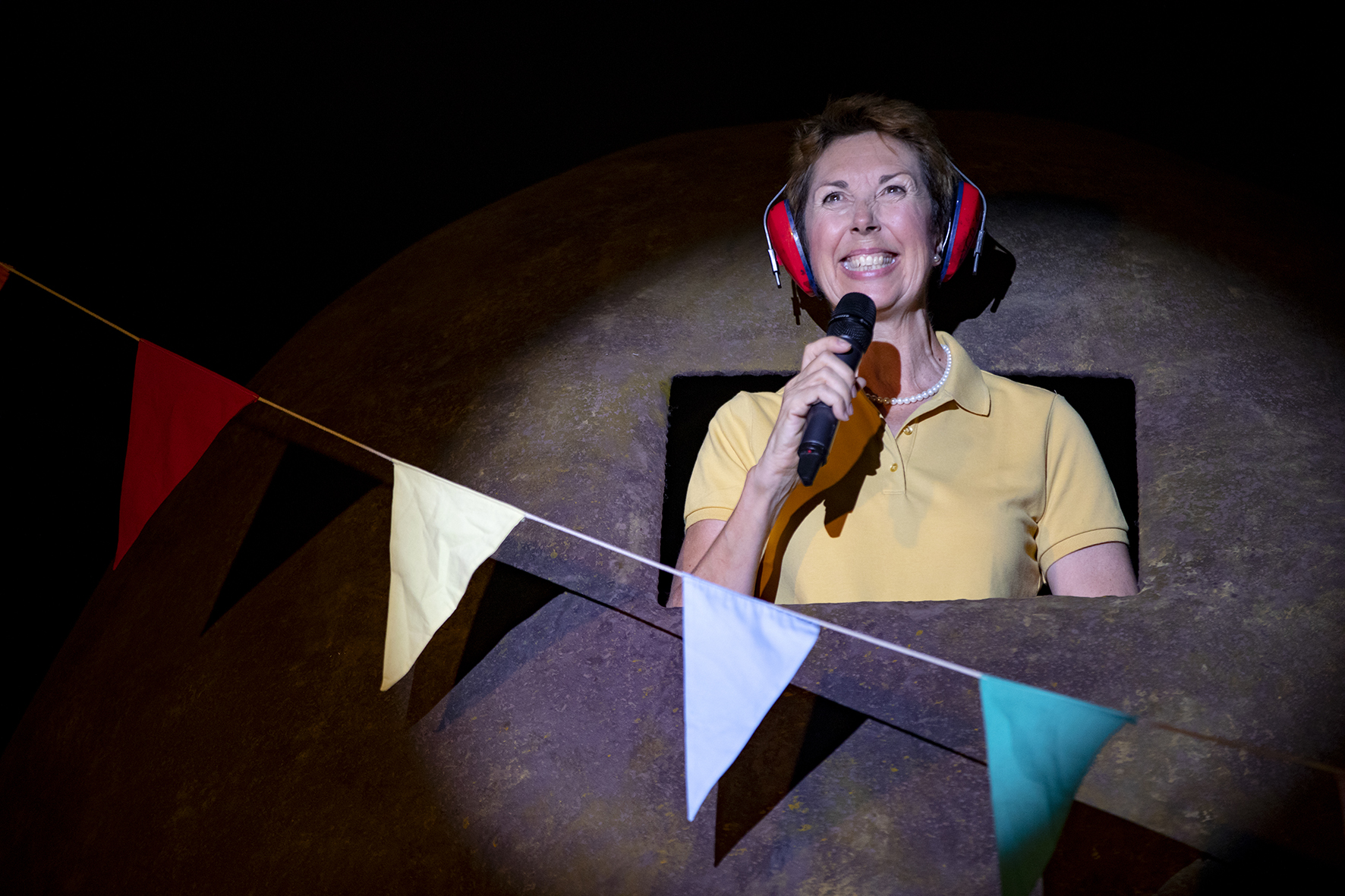 Like I’ve experienced a few times in my short journalistic career, Ensemble Theatre’s The Appleton Ladies’ Potato Race is a show that I must review with a grain of salt. Weary of the fact I’m not female, nor from a regional area, a play that exclusively focuses on the female gaze and the gender politics of a small country town makes me something like the Bess Denyar of a real-life Upper Middle Bogan – high-paying job, bearded Aussie husband, and twin boys aside (last time I checked at least).

Luckily, even with that being the case, there’s still a whole lot to enjoy in Ensemble’s latest 90-minute spectacle.

The beauty of playwright Melanie Tait’s script is its creation of characters that can resonate with the audience on both an individual and collective level, closing the gender, age and location-based gaps one could reasonably expect between a play of this nature and a lower North Shore demographic. For the older members of the audience, there’s the dominant Bev Armstrong (Valerie Bader) and the submissive Barb Ling (Merridy Eastman), an odd couple-esque duo and the Appleton locals least willing to change the 30-year-old race. For the parents, there’s Nikki Armstrong (Amber McMahon), the local longtime champion of the potato race and the mum who yells as the teenage Saturday sport referee, asks to speak to the manager, and probably has kids named Jaxxon and Keightlynn. Alongside the misunderstood and racially discriminated migrant Rania Hamid (Sapidah Kian), those born and raised in the city will find the main character Penny Anderson (Sharon Millerchip) a hit way too close to home in her highly progressive, highly educated, and at times highly annoying nature as she tries to provide equal prize money to the male and female winners of the potato race. Together, this quintet manage to draw on their differences to tell Tait’s story exactly the way it was supposed to be told, with their ensemble work the show’s biggest strength and a further credit to Priscilla Jackman’s already well-known directorial skill.

On an individual level, the performances are a little more mixed. In a play that is intended to be both comedic and affirming of the strength of women, much of the latter is left to Eastman, Millerchip and Kian, who struggle to reconcile the demands of this with the comedy they also have to provide. Of these three, it is Eastman’s character development, one of the play’s most important, that is the most sudden (and therefore the least impactful); if we were given adequate time to reflect on this development like we are that of the other characters, whose moments of reflection bring about well-orchestrated pauses in comedic action, then the play’s themes would resonate more strongly. Khan, even though taking on the play’s smallest role, manages to have a strong stage presence, providing a unique perspective on the play’s central themes that just avoids being cliché. Millerchip and McMahon – the former of which could be considered something of a white saviour; make of that what you will – hardly ever drop from the high bar they set themselves and deserve acclaim for their comedic performances, which includes a knockout dance routine in an 80s flashback scene. It must be said, though, that the real delight of the show is Bader. Don’t ask me why, but there’s something about watching old people interact with technology that never ceases to be funny. Yet, even when she’s not talking about ‘The Facebook’, the clear attention she has paid to the character and innate understanding of how an individual deals with unprecedented social change makes her the unexpected pick of the cast.

Couple the existing merits of the performance with a banging Tegan Nicholls soundtrack (which, obviously, features Hot Potato) and an inventive Michael Scott-Mitchell set design (albeit only noticeable around the end of the play) and, as usual, I’m continually impressed with Ensemble’s attention to detail.

Ultimately, even though there might be a development or two missing, the comedic strength of TALPR‘s team makes the show worth watching. It’ll be interesting to see how this fares alongside Ensemble’s immediate follow-up The Last Five Years, but in any case, Appleton should be the next stop on your theatrical road trip.