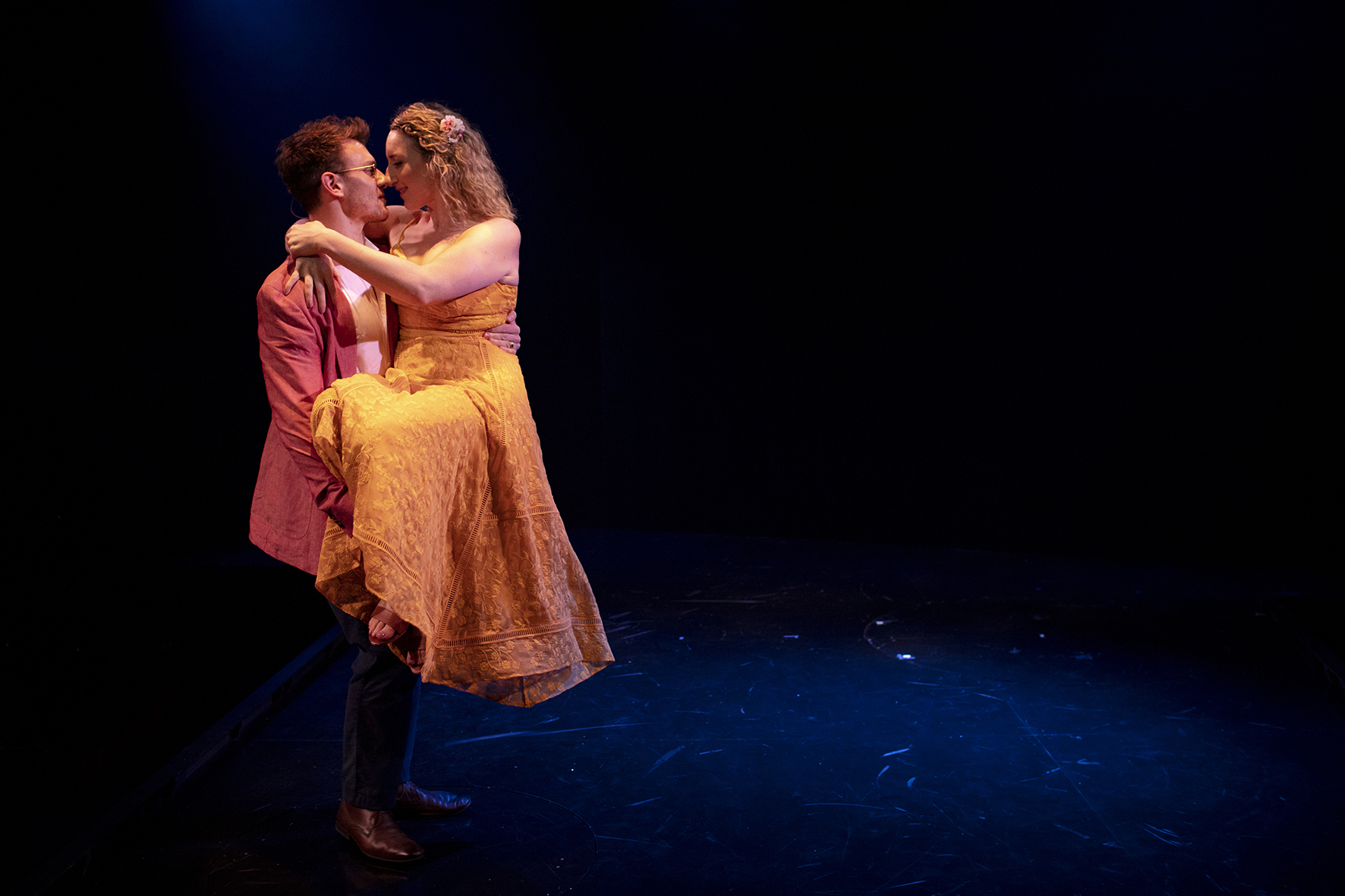 To be frank, I have no idea how Ensemble is going to get through the next month. Two shows running concurrently in that mid-sized theatre? Already having one sell out completely, and staring down the barrel of having the other follow suit? Three performances a day, with the first starting at the ungodly hour of 11am?

If you unfortunately missed out on getting tickets to The Appleton Ladies’ Potato Race, or share in my astoundment over the very idea of a show taking place before the middle of the day, don’t worry. The Last Five Years is a just-as-strong follow-up that, for now, still has afternoon and evening tickets available for you 9-to-5 can’t-negative-gear-when-your-bank-balance-is-also-negative theatregoers.

Having been everywhere from Off-Broadway to Barcelona, Ensemble manages to bring much of the musical’s original magic to their lower North Shore stage. Taking us on a 90-minute journey through the married life of unsuccessful acting hopeful Cathy Hiatt (Elise McCann) and more successful author Jamie Wellerstein (Christian Charisiou), there is rarely a moment when the show falters. Though it takes some time to understand that Cathy’s story is told in reverse chronological order, starting at the breakdown of her marriage and working backward, whereas Jamie’s is told from their first time seeing each other onward, as soon as one recognises this the musical really hits its stride.

The ultimate strength of the show is the fact that there is no clear standout between McCann and Charisiou. McCann, undoubtedly the more experienced of the pair, uses all her theatre knowledge to approach the deceptively complex role of Cathy with great effect. Of her musical numbers, one should keenly anticipate ‘A Summer in Ohio’ and ‘Climbing Uphill/Audition Sequence’; as a demonstration of her all-round singing, acting and comedic abilities, these songs have to be highlighted. Charisiou matches McCann’s energy to deliver a performance he should be proud of; though the tribulations his character goes through as his career takes off are usually (but not always) expressed to their full effect (though through no major fault of his own), his skill in quickly jumping from emotion to emotion and beautifully-performed songs more than make up for this. Of his musical numbers, ‘Shiksa Goddess’ and ‘The Schmuel Song’ are what audiences should look out for. Together, the two share an unusual onstage chemistry that, even though they rarely interact with one another directly, still somehow makes for a cohesive performance of Jason Robert Brown’s script. Compliments to Daryl Wallis for his musical direction and live musical performance too – perched high up to the right of theatre, he methodically works his way through the musical’s score in a performance that should not go under-recognised or under-valued.

With that being said, the performance’s only notable weak point is something the team can’t control at all – the size of the stage. In a musical where two stories are told simultaneously, Director Elsie Edgerton-Till has to work with the rather confined Ensemble stage to tell these (which is all the more difficult due to the fact both stories rarely overlap). Because of this, it can be challenging to personally imagine the physical separation between McCann and Charisiou necessary to individualise their journeys. To Edgerton-Till’s credit, the implementation of a revolving mechanism (allowing a small part of upstage right and downstage left to oscillate) was a creative approach to this issue. Yet, I don’t think a solution to limit McCann and Charisiou’s physical proximity really exists. It’s a noticeable (albeit unintended) shortcoming in the musical, but luckily there’s more than enough enjoyable moments to overlook it.

Ultimately, grab a ticket or two before this show sells out. It’s worth it.