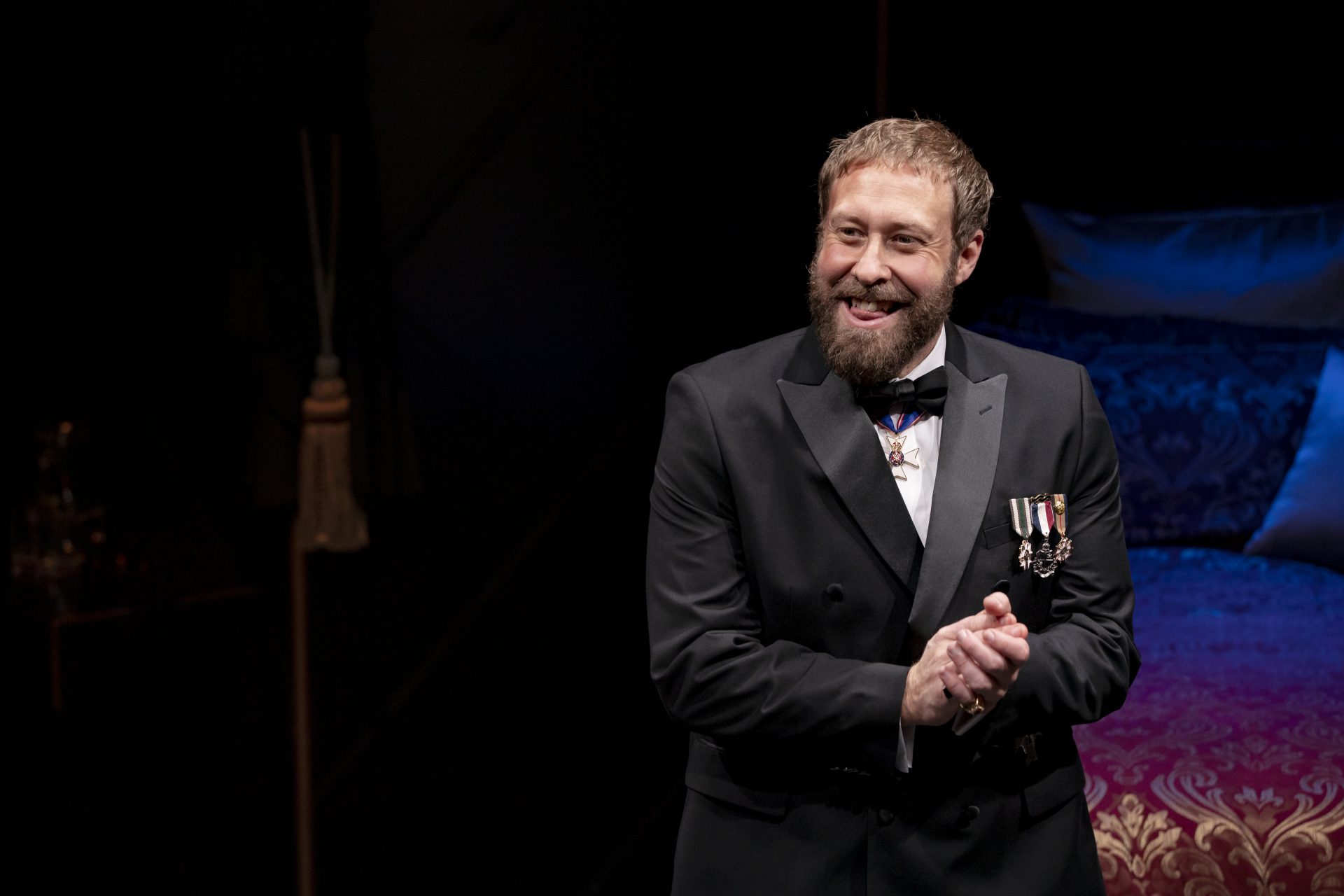 With a razor-sharp script and an outstanding ensemble performance, there is much to enjoy here.

Hot off the heels of A View From the Bridge, Ensemble Theatre again deliver another standout family drama. Though lacking the confronting realism of its predecessor, Kate Hennig’s The Last Wife should be considered as nothing less than a success due to the variety of responses it can draw from an audience.

Nikki Shiels leads the cast as Kate, the ‘last wife’ of King Henry VIII (Ben Wood). Preaching the value of education, power of redefining gender roles, and unification of a royal family, she posits herself as the glue that keeps scorned daughters Bess (Emma Harvie) and Mary (Bishanyia Vincent) in the House of Tudor. Yet, to a greater extent, she is the glue of the entire show; she controls the pace, tension, and paucity of the piece in a demonstration of acting skill that is the most consistent of the cast.

Alongside her and her cast, Emma Chelsey as Henry’s heir apparent Edward and Simon London as his trusted general Thom work to deliver a fine ensemble performance. Though Hennig’s script is a bit rushed at its start and end, racing through dialogue or dropping major plot twists with limited time to resolve them, it is easy to both keep up with and enjoy the show throughout the majority of the performance thanks to their efforts. Overall accent work is minimal, creating a production one can take to more easily, and the cast work with both Shiels’ focus and the numerous tones of the script well to never leave the audience overwhelmed.

Yet, one will find that each half has its stand-out performer. Wood dictates the show before its interval, giving us a king that is more reminiscent of a mate at the pub than a being anointed by the Grace of God as Defender of the Faith. Jokes about the Beer Canal and allusions to his understanding that Kate and Thom are romantically involved go a long way in humanising his character. Yet, when he needs to be a king, it shows; moments of his physical and verbal conflict with Shiels last in the audience’s mind just as much as his more comical ones.

His departure post-interval (that’s not a spoiler, is it?) makes way for Vincent to steal the limelight, and rightly so. Her Mary is a snarky one, often confined to a voice of sarcasm or disbelief as the ridiculousness of the play’s action unfolds. Creating a genuine connection with the audience, though she will be remembered as a comic this does not detract from her character’s more serious moments with Shiels or London.

What must also be commended is its lighting design – designer Nicholas Higgins and Director Mark Kilmurry are exceptional in this regard. This is best observed when characters make royal proclamations; breaking the fourth wall, they will enter a spotlight and address the audience. Upon their conclusion, a blinding flash of white light envelopes the theatre as the click of a camera shutter goes off. In these moments we are literally their crowd; and when this is realised, the ensuing cheers and applause are both for the characters and the genius of Higgins and Kilmurry.

Ultimately, bar a rather rushed ending, The Last Wife makes for another enjoyable night at the Ensemble. The emotional dynamism of the script and the palpable talent of the cast make for the show’s obvious draws; but, in the mind of this writer, there is the hidden gem of Nicholas Higgins that puts the icing on the cake. And who doesn’t love icing?