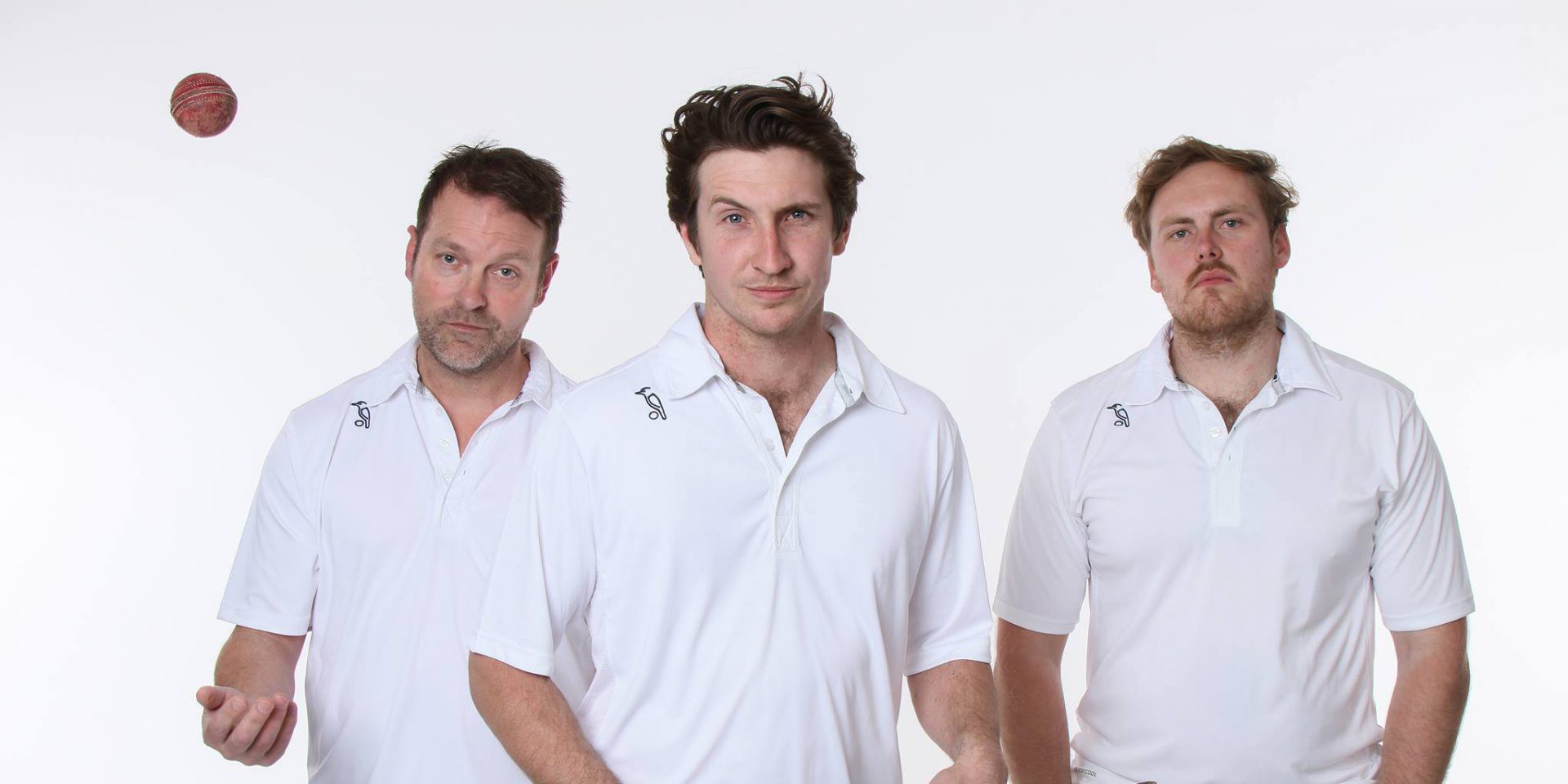 Finally, a show for the cricket tragic.

It goes without saying, for the most part, that sport and theatre rarely mix. Sure, every now and then one will come across a show that focuses exclusively on the topic, but those are few and far between at best. In such cases the sport in question is generally exciting and fast-paced, showcasing the tension of a football match or the raw brutality of boxing.

Caught Out, written by Xavier Coy and directed by Laurence Coy, concerns itself with the politics surrounding the greatest sport in the world – cricket – on one of its darkest days: the ball-tampering scandal of early 2018. Presenting a series of events that slightly warp those of real-life, the audience is offered a glimpse into what life must have been like for behind the camera the three culprits. Which, when authentic, makes for some brilliant viewing regardless of your cricket knowledge.

Replacing David Warner, Steve Smith, and Cameron Bancroft in this production are Bull (Xavier Coy), Skip (Jordan Steer) and Runt (David Woodland) respectively. All are like-for-like replacements of their inspirations bar Runt, who has significantly overtaken his real-life counterpart in age, malleability, and experience in the Australian men’s national team. The South African landscape in which the tampering actually took place has also been replaced by India, with occasional references to a player known as ‘Virat’ (yes, like Indian cricket captain Virat Kohli) and bouts of ‘Delhi belly’. All these references make for good comedy directed at those who have a basic knowledge of the game.

In making those replacements, the Coy duo have allowed their audience to see the scandal (and the players) from a once-hidden perspective – no mean feat when considering how extensively the scandal was covered.

It’s no secret that David Warner was as aggressive a personality as he is a cricket player, and Coy’s characterisation of Bull in that respect makes for some truly terrifying moments. Yet, Coy also shows a softer side to Warner; one that fans of the player, or even the people he plays sport with, would never see (but surely must exist). Great moments include Bull making a phone call to his wife using pet names and pleas to be cuddled, and the recital of a poorly-written poem about why he loves cricket.

For audiences who need more context to find humour in these actions, Coy’s script delivers. As Runt and Skip walk in on Bull’s phone call, he quickly ends the conversation with a hasty and macho ‘Can’t wait to f**k you later babe’. When he recites his poem, the stuttering of any word over four letters long that isn’t cricket related (notably ’emblematised’) make sure the comedy in the play is accessible. Though one can argue he looks a little bit more like England wicket-keeper Jonny Bairstow than David Warner, the dynamic performance Coy puts on makes him the most technically skilled of the three cast.

A similar sentiment goes for Woodland as Runt. The Coys, opting for a character whose personality differs somewhat to Cameron Bancroft, have created an identity that contributes well to the emotional impact of the show. Woodland’s Gump-esque characterisation of Runt presents a character driven by a desire to be the nice guy, but also one who’s waited 20 years to play top-flight cricket. This makes his timidness in the face of Coy’s Bull all the more heartbreaking for an audience, signifying the loss of the underdog to the ultimate fight.

Steer as Skip, however, only really peaks at the end of the hour-long performance. Steve Smith, on camera, is the perfect player; a natural leader, a rational thinker, and a man who stands by his team. This is what we get from Steer – a personality which seems too good, too noble, to be true. When compared with the dynamic Coy and the naive Woodland, the audience never feels like they are seeing the ‘real’ Skip. Steer’s expression is too static, emotions too limited, and characterisation too reserved to communicate a sense of authenticity to the production. Whilst this is somewhat overcome in the odd duologue with either cast member, and definitely in his last line of dialogue, on a holistic level this creative decision works more against the show than in its favour.

What this writer also wishes to quickly highlight is the accessibility of this play’s content. Whilst die-hard cricket fans may feel hard done by – a Ben Stokes or Mitch Marsh-related joke would certainly not go unappreciated – the ultimate strength of Caught Out is its understandable script. Some odd gems exist here and there – references to previous examples of ball-tampering, Adam Voges, and the name of Runt’s child are sure to excite tragics everywhere – but for the most part one should approach this show with a more general perspective. Because without that, the production wouldn’t get the recognition it deserves.

Ultimately, this writer is glad to say that Caught Out does both the game and Sydney’s theatrical scene a strong service. When the authenticity is there, the show flies by; when it isn’t, well, stumps can’t come soon enough.