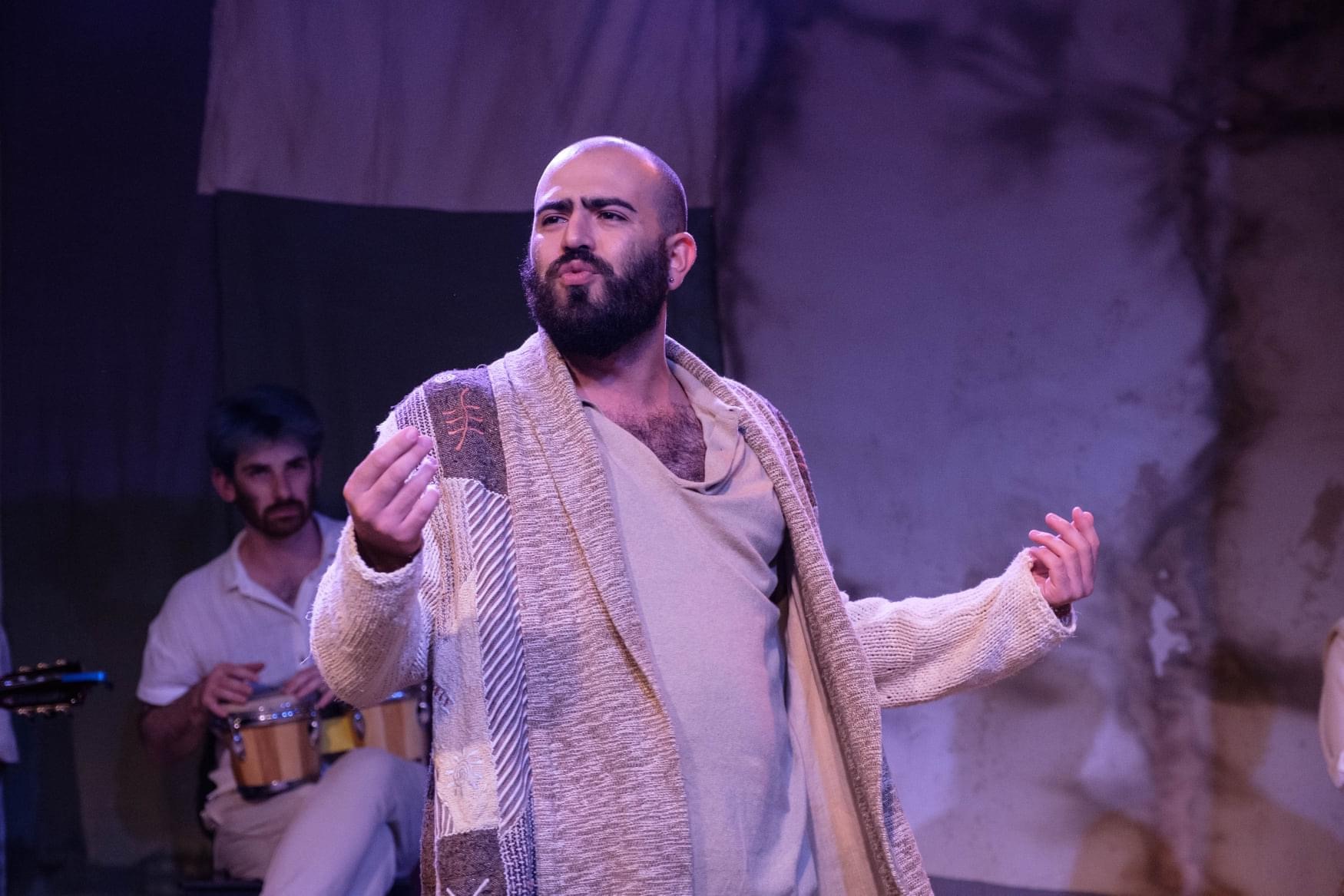 A production advocating for social responsibility without cliche, criticising corrupt power as much as delving into the frail illusion of peace and the consequences of community disorganisation.

Dream Plane Productions presents Fuente Ovejuna! as a rewrite of one of the most well-known plays of Lope de Vega, a central figure during Spain’s Golden Age of Literature whose work has held mass appeal ever since. Based on a true story of a late 15th-century uprising in provincial Spain, the villagers of Fuente Ovejuna struggle against the Commander (played by the ensemble) and their own relationship to law and order until his ultimate demise at their hands.

In this version, the play emphasises themes of collective action and community agency, circling back again and again to gender and class struggle. Perhaps a novelty to local audiences despite being performed across centuries, Angus Evans‘ adaption for the 21st century, inspired by Greta Thunberg, favours modern liberties over traditional homages.

Housed in a tin shed actually shaking under a flight path, Flight Path Theatre gives no clues to the high calibre creatives fronting the show. Dressed in beige costumes that speak to no place or time, the animated cast perform a dialogue-heavy script with fluid physicality. Without overwhelming the stage or dominating each other, they are collectively alert, active, rhythmic and confident, bringing forth a familiarity both cosy yet surprising.

But can such a friendly ensemble carry the disturbing parts of Vega’s play? Coconuts for horse feet, sparkly military helmets and giant-colourful puppets harness a loveable campness. The revitalised script favours Aussie humour, with peppered ‘fucks’ and dick jokes not contrived against retained traditional speech.

Yet, the building and breaking of humour to transition into heavy themes disjoins the play’s progression. The Commander torments the villagers with force, with some actors bringing a chilling layer to the character. But early on, against the Commander’s menacing poetic, the villagers’ playfulness feels like friction in anticipation of upcoming plot points.

Handling trauma is the trepidation of choosing a play that pivots through rape and torture. Considering the production’s length, clocking in at almost two and a half hours, the rewrite could expand on its existing liberties by abandoning the hard-to-follow Royals and territorial battles side narrative. Further subversions could sidestep the anxiety of failing to represent sensitive events and, instead, give space to carry their weight.

By the second act, Fuente Ovejuna! finds its feet. Civil unrest and power imbalances build to a chaotic overflow, rather than jolting between humour and trauma. The darkness grows with emotive crescendos built by evolving light design (Jas Borsovszky) and an on-stage percussion (Liam Peat) and acoustic (Edward Hampton) duo. The central cruelty of the Commander starts to compare with the subtle microaggressions amongst villagers. With bated breath, audiences witness the women confront the men’s inaction, realised in a powerful exchange between Laurencia (Lucinda Howes) and her father, the town mayor Esteban (James Bean).

For all this successful conceptual delivery, the emotional gravitas falters in an unfortunately cheesy way, with the opening and closing scenes breaking the fourth wall for the cast to speak on the play’s relevance in the present day. It’s ironic considering Laurencia’s pivotal damnation of the male villagers when their actions do not speak louder than words. The play was written 150 years after the events at Fuente Ovejuna; Lope granted its political overtones to endure as relevant. Regardless of age, art can be trusted to take life- to do otherwise undermines the audiences’ ability to connect the dots.

Despite these criticisms, Fuente Ovejuna! is a whip-smart – for better or worse, jocular and busy – proclamation for standing together in solidarity against power. As one villager declares when the community comes under pressure, “We don’t need a leader. We follow each other.”

Tahney Fosdike either writes about the arts or confesses the most confusing parts of her soul, with pieces appearing in ArtsHub, the Archer Magazine, Mamamia and Art Almanac, amongst others. She hails from rural South Australia and is currently based in Melbourne where she supports her adopted bunny by working with Arts Project Australia and the Environmental Film Festival Australia. IG: @tahnsuperdry