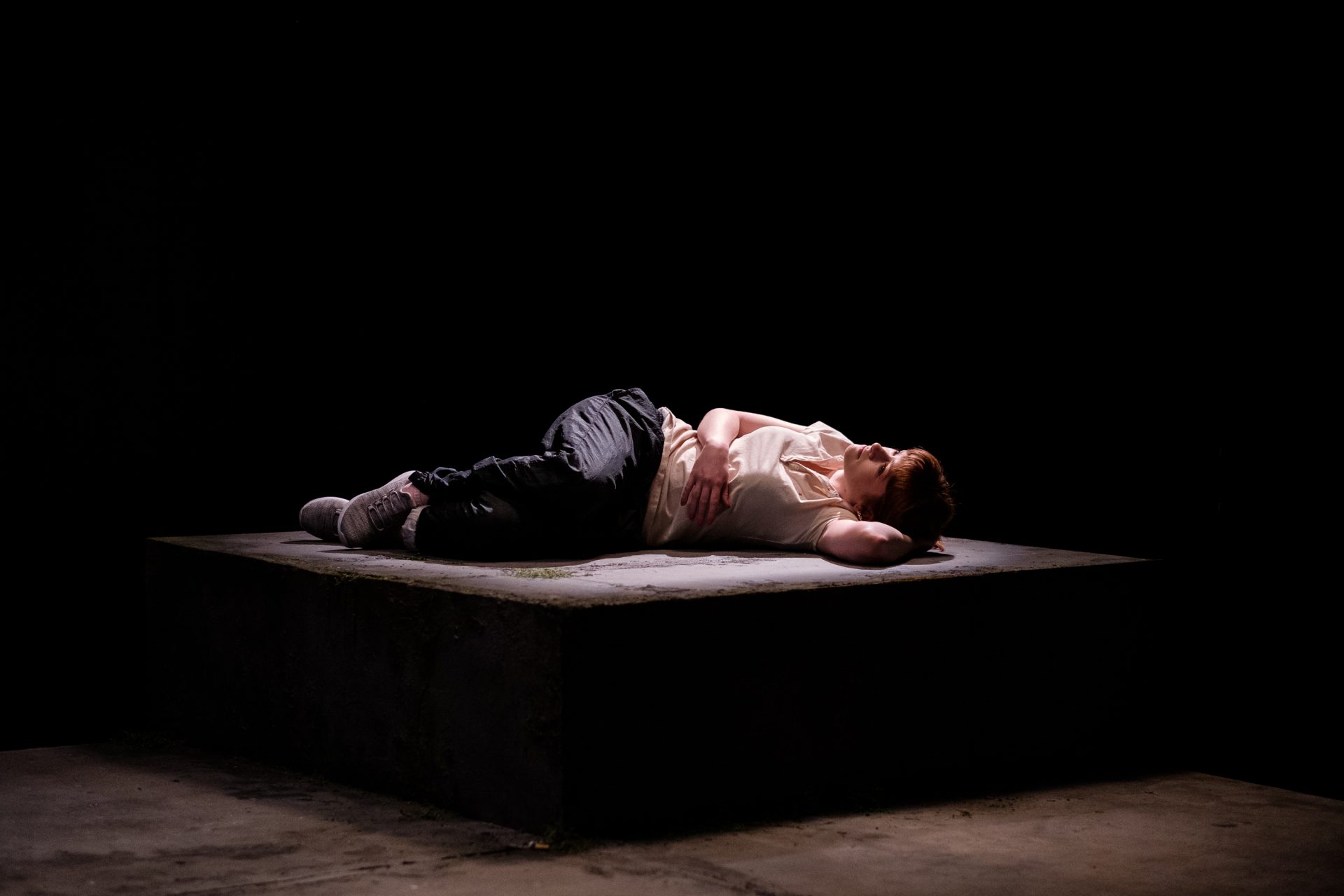 Written by Welsh playwright Gary Owen as an ode to the daughter of Greek god Agamemnon, Iphigenia in Splott underlines who we are sacrificing to the neoliberal project, revealing a great cost to human dignity and morality itself.

This brilliant one-person show reveals the human side of the archetypal “stupid slag” which has come to being in our neoliberal age. Effie (Meg Clarke), a self-characterised “nasty skank”, begins the show by proclaiming to the audience all the initial stereotypes that flash to mind concerning how we likely see her (mixed with some colourful language).

A young woman from the working class in Cardiff, Effie lives in a flat with an equally dysfunctional roommate. She’s in an (unofficially) open relationship with a boyfriend from whom she gains little satisfaction amidst a haze of nights out, drinking, and drug use. It is upon her meeting with a scarred soldier that everything appears to change. Her monologue portrays the pitfalls of society, where manners are not a measure of morality, and that Effie may be the most “immorally” moral person of all.

I can acutely recall where I’ve seen this archetype in the past; Vicky Pollard (Matt Lucas) in Little Britain. This characterisation of the urban working class tends to involve swearing, violence, drug use, untraditional pregnancies and idleness. While Iphigenia in Splott acknowledges these elements, it stresses why these are merely symptomatic of a greater problem. It seeks to demonstrate where society is placing the costs and burden of austerity, portraying a side we often conveniently do not see.

In essence, this show is about refuting the moralistic shaming imposed on the working class and seeks to reappraise how our economic and political system is functioning. It portrays a hard-hearted state that has forgotten who it is trying to protect at the expense of uneven prosperity.

Meg Clarke shines through all the grime and messiness of a very difficult monologue. It’s certainly not an easy role, with different impressions of other characters endowed with a thick Welsh accent. Thankfully, with the aid of adept acting and a sensibly pared-down set, sound and lighting design, it wasn’t difficult to be planted into the tumultuous world of Effie.

Ultimately, Iphigenia in Splott is a show of that invokes raw emotions without sentimentality, a feat that’s very difficult to execute correctly. Well done to the director (Lucy Clements) in that regard. The show moves in a way that does not bring comfort or resolution, but increasingly I believe some truths most be told as such.