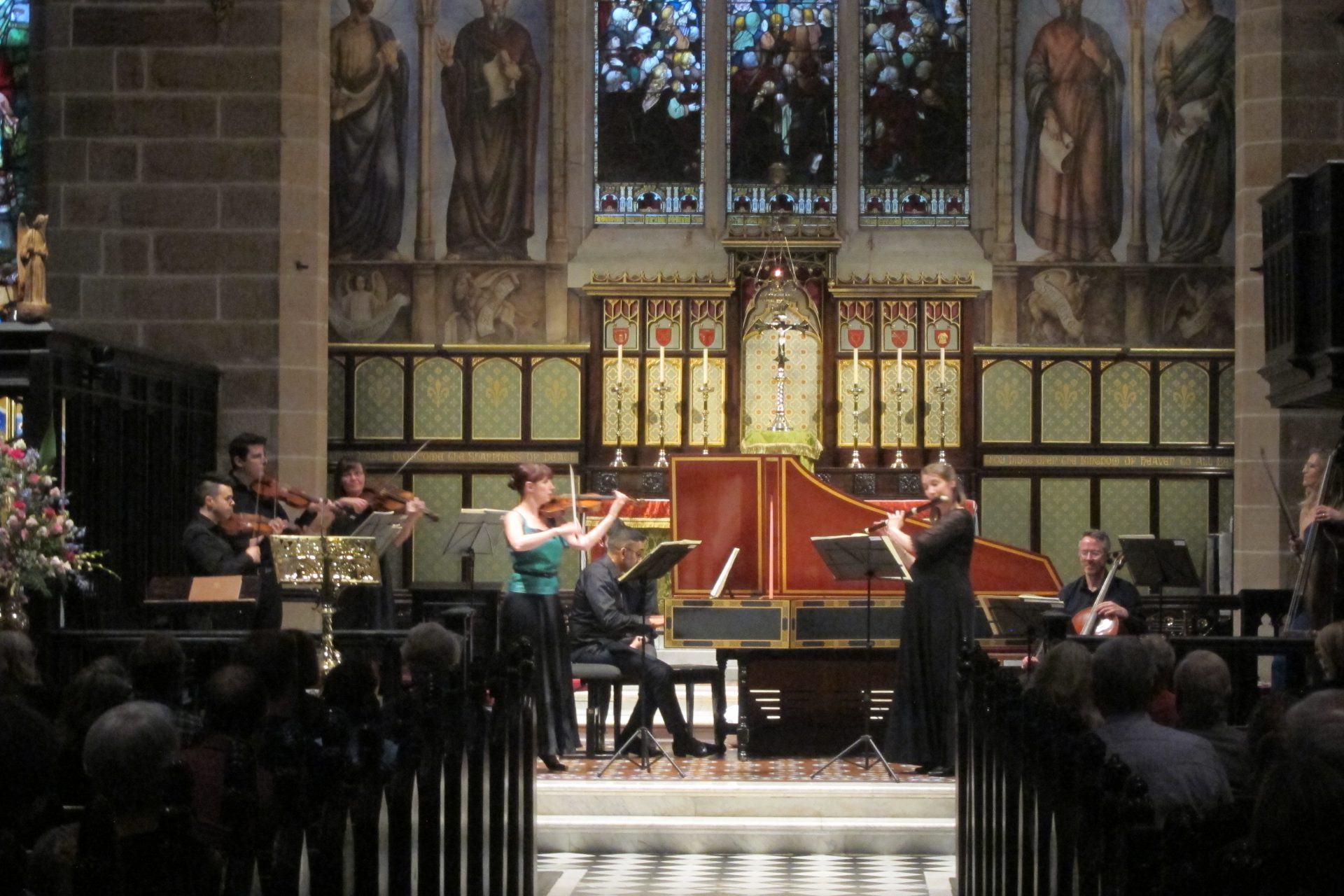 The Bach Akademie has a certain charm that can only be captured in live performance.

And what a relief it was to finally see the Bach Akademie in all its glory after what was a very long year – since last year’s Weihnachtsfreude. The only damage wrought by COVID restrictions was the lack of two oboe d’amores; but this was skilfully substituted by Daniel Yeadon’s faultless playing on the cello.

The night opened, aptly, with Bach’s famous motet Lobet Den Herrn, alle Heiden (Praise the Lord). It is marked by close canonic imitation – an exemplar of counterpoint for voice – and a motif that stretches upwards in a major chord, illustrating the longing of alle Heiden for the comfort of the divinity above. While its authorship is apocryphal, it is a musical form of which the Bach family, particularly Johann Cristoph, was particularly fond. The ensemble gave this motet a character of its own, with the triumphant bursts of chords on continuo organ, played by Neal Peres da Costa, opening the motet. The voices had equal weight and punctuated the ascent in the motif very well. One gets the impression of a perfect cosmic balance, of harmonia mundi itself. A turning point in the piece gives way to a more contemplative side, with an elongated ‘ewigkeit’ (word-paining at its finest) serving as a new motif. The jubilant Alleluja made for a spectacular ending.

Two mesmerising arias from the Christmas Oratorio were selected by Madeleine Easton – ‘Frohe Hirten, eilt, ach eilet’ and ‘Schlafe, mein Liebster, geneisse der Ruh’. The first was an intimate discourse between flute and tenor. It was no surprise that Richard Butler, the evangelist of choice in several Passions throughout Australia over the years, had impeccable diction even throughout all of those tortuous melismatic passages. Faint vibrato by the consistently outstanding flautist Mikaela Oberg made voice and flute seem one and the same. The second aria was filled with the bucolic imagery of ‘The Good Shepherd’ – pastoral themes, and the rhythm of a lullaby. The voice opens with a ‘schlaft’ that stretches across several bars, performed spectacularly by Hannah Fraser. Parallels can be seen in this respect with the opening of the more sombre Jesus schlaft aria in BWV 81.

Keeping with the theme of jubilation, the much-celebrated Brandenburg Concerto No 5 was next. It was one of the most elegant and lively performances of this piece that I have ever heard. The interplay between ripienists was consistently lively, and improvised flourishes, particularly by Easton, brought out the individuality of each performer. The fiendishly-difficult harpsichord cadenza, that stylistic oddity of the concerto grosso for its time, was certainly no challenge for harpsichordist Neal Peres da Costa! It was performed with a great ease and sense of rhythm; and the sudden return to tutti is always a moment to behold. The affettuoso was particularly beautiful.

The night ended with a Christmas cantata, ‘Ich freue mich in dir’ (BWV 133). The opening instrumental section of the Chorus was played at a lively tempo (what can be called a ‘Koopman tempo’!) which gave a certain lightness to the strings. The highlight was the aria ‘Wie lieblich klingt’ for which it almost seemed Susannah Lawergren’s angelic voice was made. Interestingly, the whole aria changes character at ‘Wer Jesu Namen nicht versteht’, at which point the bass vanishes and the strings are immersed in an incredibly inventive world of harmonic complexity centred around a chromatic motif. The homely simplicity of the four-part chorale was a wonderfully festive way to end.

Editor’s Note: This review has been amended to correctly note the impact of COVID-19 restrictions on the Akademie.