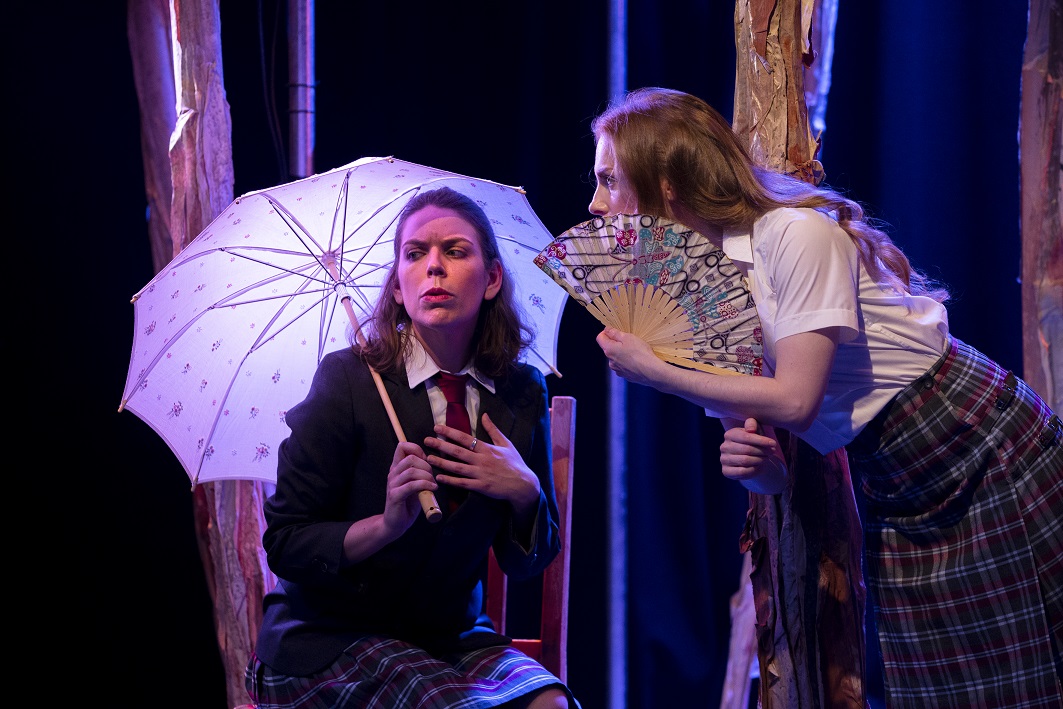 In a word, sublime.

It’s always a risk taking on a well-known classic and adapting it for the stage, but fans of the 1967 novel by Joan Lindsay or Peter Weir’s 1975 film needn’t worry. New Theatre’s Picnic at Hanging Rock is utterly spellbinding, capturing the haunting mystery of the original story.

In 1900, a group of private school girls venture to Hanging Rock, just outside of Melbourne, to enjoy a picnic in the sunshine. They’re even allowed to remove their gloves for the occasion – oh, freedom! – and are warned by their headmistress to avoid the rock face as it’s known to be dangerous. Nevertheless, four girls and a teacher embark on the climb, and all but one are never seen again.

It’s a harrowing mystery that’s embedded in our Australian psyche; the story of Miranda and her missing friends is both a tale of missing children and a warning of the unforgiving nature of the Australian bushland.

New Theatre brings this story to life with a mostly empty stage; trees stretch from floor to ceiling. The unmistakable sound of the bush plays through the speakers; Sound Designer Patrick Howard manages to capture both a sense of beauty and impending dread with this clever soundscape.

It’s the ensemble cast of five, though, that truly makes this show unmissable. Dropping passionate monologues as easily as perfectly timed comedic lines, Megan Bennetts, Alice Birbara, Alana Birtles, Audrey Blyde, and Sarah Jane Kelly all give flawless performances, ricocheting the roles of the school girls between them as well as taking on other key characters. Accent Coach Benjamin Purser had his work cut out for him, as Scottish, English, French and… drunk English all make an appearance, with all executed perfectly.

Megan Bennetts‘ performance of headmistress Mrs Appleyard will have you laughing out loud with her pitch-perfect Queen-style English accent and snooty tendencies, while Alice Birbara’s young Englishmen Michael will have you wanting to bound up on stage to give the character a hug. Sarah Jane Kelly’s drunk Albert was deliciously uncouth, Alana Birtle’s Sarah breaks your heart as a misunderstood wannabe teen poet, and Audrey Blyde stole the stage every time she opened her mouth.

Director Sahn Millington, who’s no stranger to New Theatre, takes the audience on a beautiful journey that’s both familiar but brings something new and fresh to this classic story.

An awkward transition right before the end unfortunately snapped me out of my trance and back into the theatre – possibly necessary due to time constraints, but disappointing in an otherwise seamless 90 minutes. Aside from this minor detail, this was a fabulously strong show, and one that should absolutely be on your theatre calendar.