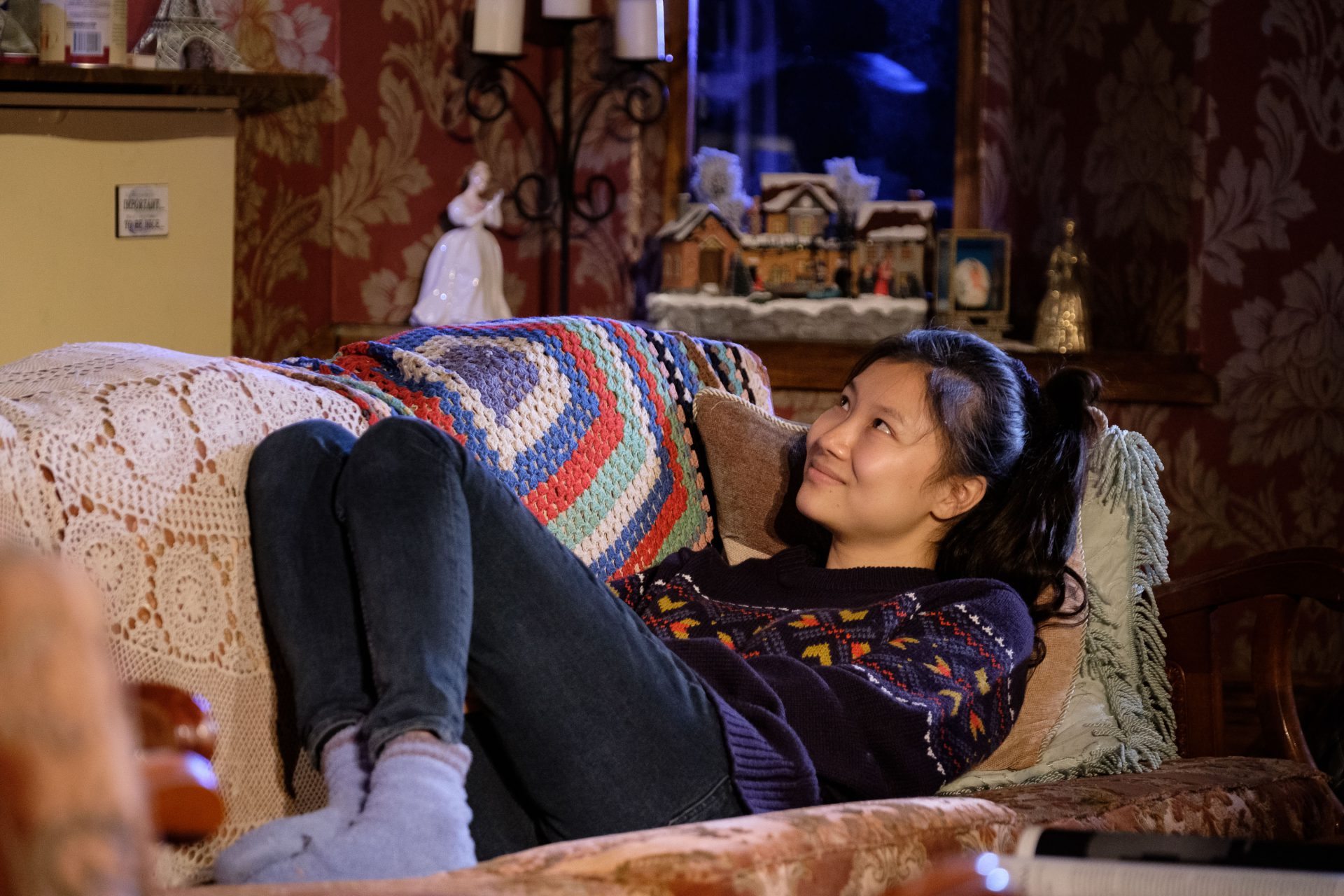 Occasionally in theatre, there are times when all it takes is the knowledge of one minor detail to fully direct how one perceives a performance.

In John, the swansong of Outhouse Theatre Company’s 2019 season, that one detail is its 200-minute run time – featuring two (yes, two) intervals.

Directed by Craig Baldwin and playing in Seymour Centre’s Reginald Theatre, Annie Baker’s script is one that initially draws audience attention but fails from then on to provide any resolution to all but one of the many webs it weaves.

The audience first meets young couple Jenny Chung (Shuang Hu) and Elias Schrieber-Hoffman (James Bell), staying in Gettysburg due to the latter’s interest in the American Civil War. Staying in the bed-and-breakfast of hostess Mertis Katherin ‘Kitty’ Graven (Belinda Giblin), their relationship troubles unfold in a home that holds more history and mystery than they initially perceive.

That is what the audience ultimately takes the plot to be, but here are the additional story elements that make up the show’s preceding two and a half hours.

Jenny is attached to a doll in Kitty’s house because it was the same one she had growing up.

Elias has a troubled history with hippies, sexual abusers, and basically his entire family.

Kitty has a husband – allegedly. She also has a blind friend Genevieve (played by Maggie Blinco).

Genevieve is, to put it bluntly, batshit crazy. She enjoys listening to Kitty read about cosmic entity Cthulu.

Kitty’s house has a piano that plays itself and a book of Latin-sounding phrases, which sometimes causes the piano to play.

Jenny and Elias’ bedroom is cold.

Indeed, much of the performance is spent delving into those issues rather than anything significant. This renders Baker’s script, and Baldwin’s direction of it, stupefyingly soporific – it is far more enticing to fall asleep during the long moments of silence, inaction, or over-contextualising than it is to continue watching.

Such enticement is echoed by the differences in each actor’s performance. Hu and Bell’s chemistry is standard at best, with Hu’s physicality only somewhat outdoing her mechanical delivery of dialogue and Bell best suited to saying lines rather than waiting and reacting to the physical cues of his onstage performers.

Giblin’s performance, by contrast, is noteworthy for her characterisation – indeed, her actions stood out as ones that made the most sense (and at times they still didn’t). Audiences will also take well to Blinco, who delivers the strongest overall performance, but at no real stage does anyone or anything force the head-banging to stop, dramatic action to increase, or general mood of the show to improve.

In fact, the only real element worth commending is the design. Set Designer Jeremy Allen has clearly gone all-out this time; his world is a visual feast, and never stops being so. Jukeboxes, candles, food and figurines make for an immersive environment, which works well with Melanie Herbert’s sound composition to establish a cosy home-y vibe.

After the show’s first 5 minutes, however, the design’s magnificence fades away to prioritise a storyline that makes little sense.

Ultimately, it is unfortunate to see Outhouse finish 2019 on a note like this. The script is excessive, performances mixed, and generation of excitement minimal. The lights couldn’t come down soon enough.