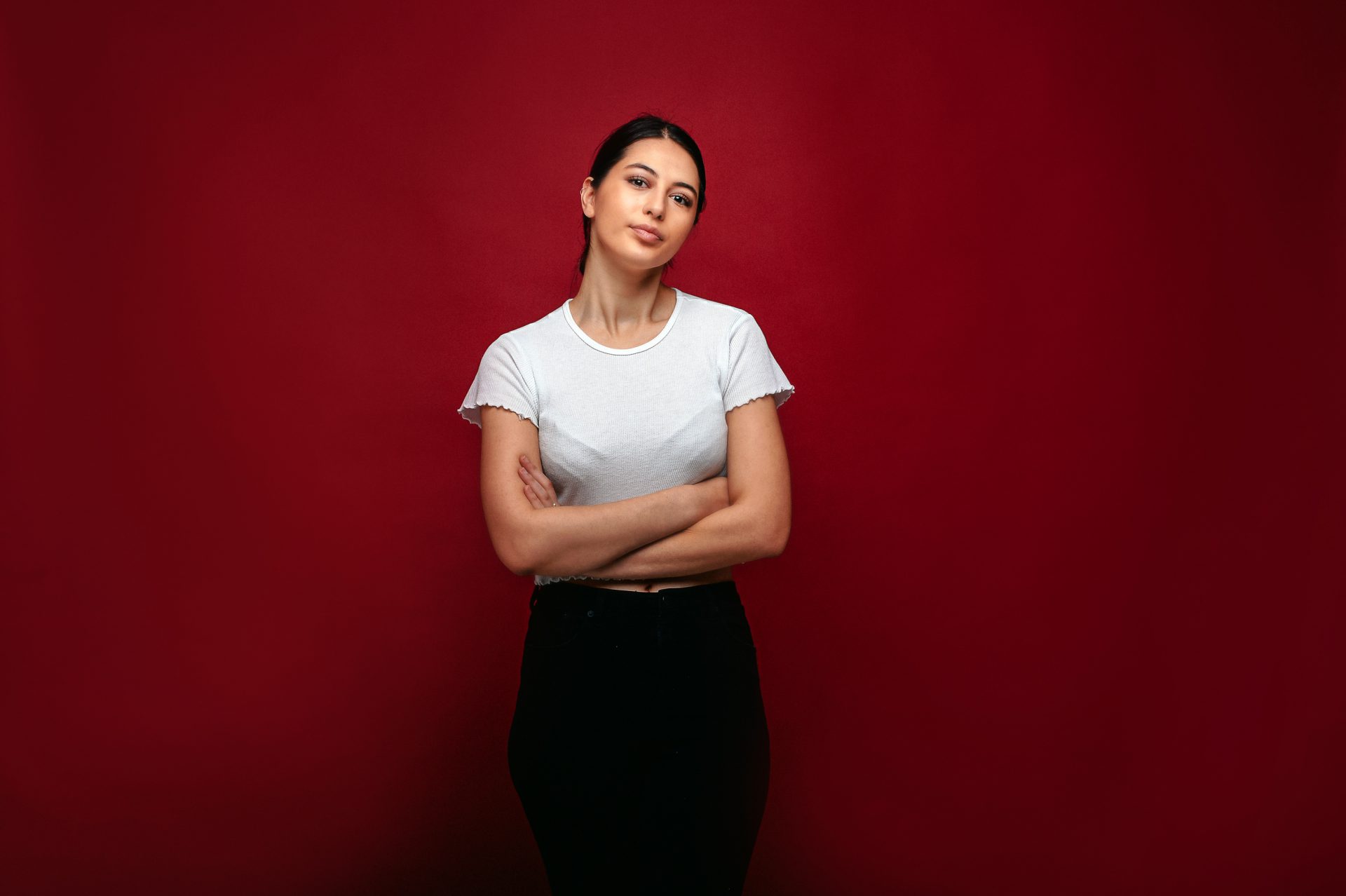 Hoo-boy. When the ticket for your show at Marrickville’s Factory Theatre says it’s being performed in ‘The Container’, they weren’t kidding! As such, thirty-odd comedy-goers milled into a repurposed shipping container for a very intimate performance of Pineapple Juice; the laugh-out-loud comedy set by Melbourne-based comedian Charisa Bossinakis.

She’s tired, she tells us on the promo poster. She wants to follow in the footsteps of Bec Judd, marry a footy star, and start a line of athleisurewear. And who can blame her?

For 45 minutes, the comedian tells us of her life being the black sheep of a matriarchal Greek family, her Yiayia’s constant disapproval, and comparison to ‘beautiful sister’ Steffy. She regales to the audience tales of not fitting in at her Anglo private school, and the cruel comments she endured as a child trying to fit in.

As Bossinakis enters from behind the curtain, she yells out to her sound engineer. “Nah, keep the music playing! We discussed this already!” and grooves along to Eiffel 65’s 90s banger Blue (Da Ba Dee).

Whether this was part of the act or a genuine gaffe remains unknown, but it still elicited laughs from the audience. While there were a number of moments that felt off-script and random (Bossinakis’ explains to the audience that she gets nervous at the beginning of a show and often fumbles), she remained earnest and engaging, and the audience laughed along with her.

What was striking about Bossinakis’ performance was her use of facial expressions. Her ongoing impression of her Yiayia was hysterical, mimicking the disdain she receives from her family’s matriarch. Her use of physical comedy in this way amplified her storytelling, leaving the audience with tears in their eyes. She was able to draw the audience in without heckling (a very real fear when you sit in the front row of a comedy show!) and brought her story full circle, satisfying the narrative journey she’d taken us all on.

With a little polish, Bossinakis could very well become the next big name in comedy. Her storytelling, impersonations and delivery were spot on, and she exudes a confidence that draws the audience in immediately. Watch this space!