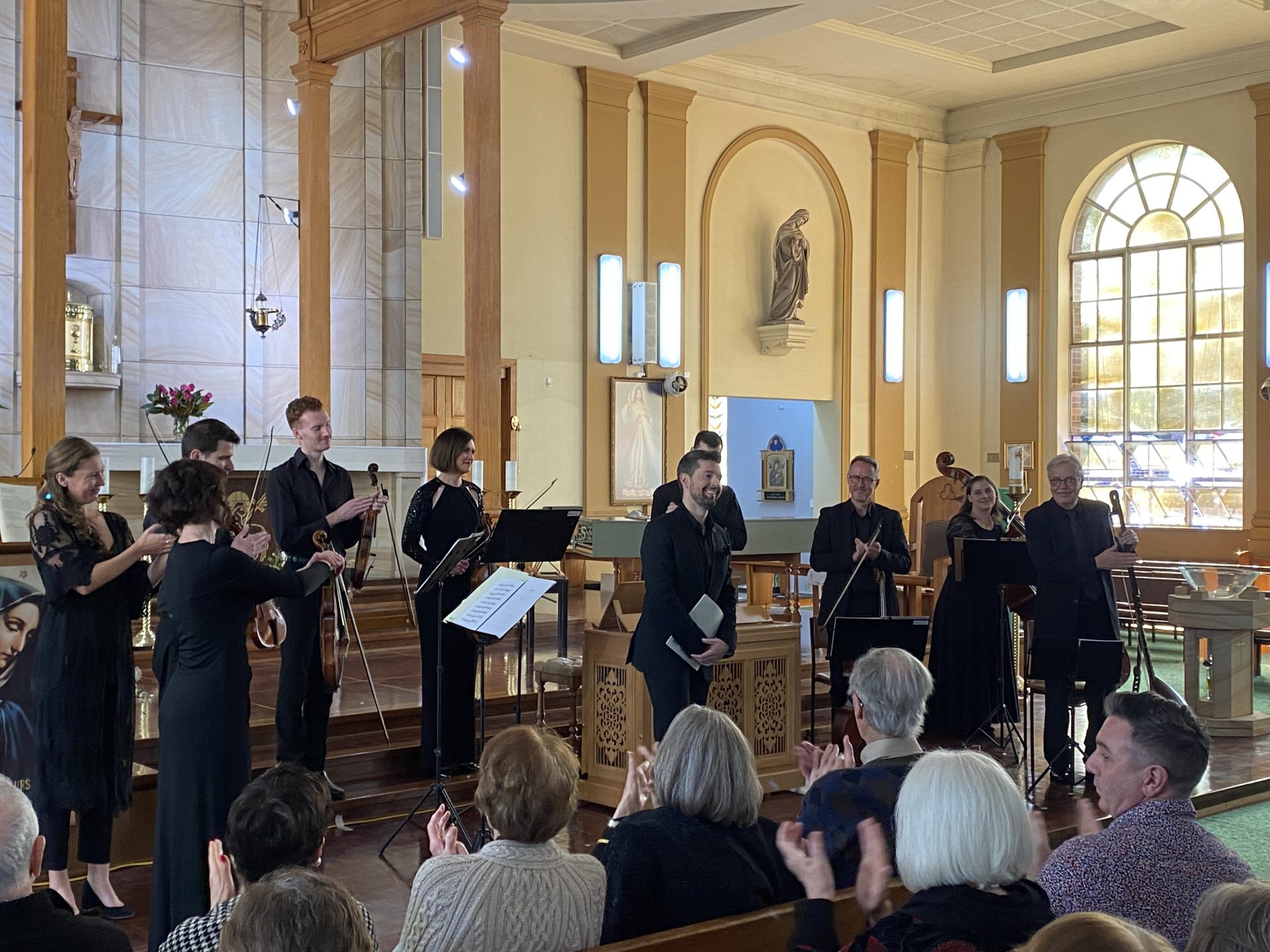 The program for this concert was neatly arranged to show the influence on Bach of a musical tradition that extended into the early Baroque and to places Bach never himself saw – beyond the Germanic states. The deep reverence Bach paid to his musical ancestors is well known. The Bach Akademie did well in showing that that reverence was not in vain, and in contextualising a genius often presented to modern audiences as though it emerged from a vacuum.

It is fitting that the first piece was one composed by Johann Christoph Bach – dignified by Bach in his Genealogy as ‘the first profound composer’ of the Bach family. It is not difficult to see why. Ach dass ich Wassers gnug hatte is a lament for solo alto voice. It bears all the hallmarks of the Abendmusik tradition that was then developing in Northern Germany – a solo lament, accompanied by mellifluous strings, arranged into a work of such intense dramatism and mysticism that was never really matched by the later Baroque. The motif, based on a jarring augmented chord, immediately conjures the image of a cruciform. The strings began suitably hushed, as though anticipating an outburst. The song-like quality of Madeleine Easton’s playing was on full display here. Russell Harcourt’s voice was incredibly smooth and his remarkable vocal control was exemplified in the elongated ‘meine Sunde’, though at times his soft voice got lost amid the strings, where a more declamatory forcefulness would have helped. The dialogue between Harcourt and the strings in the falling passage – ‘fliessen mit Wasser’ – was really a moment to behold.

Next was Buxtehude’s Praeludium in G Minor BuxWV 163. This is a piece emblematic of the North German stylus fantasticus of which Bach, in his capacity as an organist, was long enamoured. It is a difficulty piece to play – replete with virtuosic passages, shifting metres, and dense fugal interjections. Despite its complexities, it was played well by Nathan Cox. There were some hiccups, perhaps attributable to speed. This is more pronounced in such a performance style as the stylus fantasticus, where pauses have more dramatic effect than ever. But Cox especially shone in the more contrapuntal passages, which were played at a breathtaking speed, and his selection of registrations on the Klop organ was tasteful.

A concert tracing Bach’s influences would not be complete without Vivaldi. This was a true showpiece for Harcourt’s voice. The ensemble gave Vivaldi’s Nisi Dominus a forceful opening, and Russell Harcourt’s vocal dexterity was on full display in the rising ‘Surgite’, followed soon after by a weeping ‘doloris’ which followed that most Vivaldian of patterns – the chromatic fourth. Not once did Harcourt falter. When Easton took out the viola d’amore for the ‘Gloria Patri et Filio’ the audience immediately knew it was in for a treat. The viola d’amore entry is based on a motif that is simple enough but, as Vivaldi so often does, he gives it great dramatic effect when woven in with the voice. Easton did not disappoint. Her performance on that instrument – which calls for different fingering, and double stopping with trills – was both technically impressive and emotionally expressive.

After the interval came Telemann’s Concerto for 4 violins in G major (TWV 40:201), which begins with an interesting build-up of chords and melodic lines exchanged between Madeleine Easton and Simone Slattery. The vivacity of the second movement looks forward to Haydn, and was played with a playful dexterity by Rafael Font and James Armstrong. The third begins, interestingly, with all the forceful momentum of a ‘battaglia’. One wonders how such a prolific composer as Telemann had not exhausted his creative resources.

But the real highlight for me was Pachelbel’s Suite No 4 in E minor, from his Musikalische Ergotzung. It featured a sonata and 4 variations in different musical forms. In the first sonata itself, Simone Slattery displayed a virtuosity that was truly astonishing. Both Easton and Slattery played with precisely the gushing expressivity so characteristic of early Baroque chamber works. The basso continuo realisations by Nathan Cox were measured and thoughtful throughout.

The culmination was Bach’s Geist und Seele wird verwirret (BWV 35). Avid Bach listeners would recognise the opening sinfonia as a reworking of BWV 1059, which featured organist Nathan Cox at his best. The da capo aria that follows was performed beautifully by Harcourt and Harcourt was at his best with the forceful recitative and all its vivid word-painting. The challenging coloratura in the ‘Gott hat alles wohlgemacht’ was no match for Harcourt.

The question asked at the beginning of this concert was: Bach – nature or nurture. The answer is, resoundingly, both. The ensemble is to be commended for showcasing the profundity of the early Baroque – a theme to be continued in their upcoming concert, Grazie in Grazia.