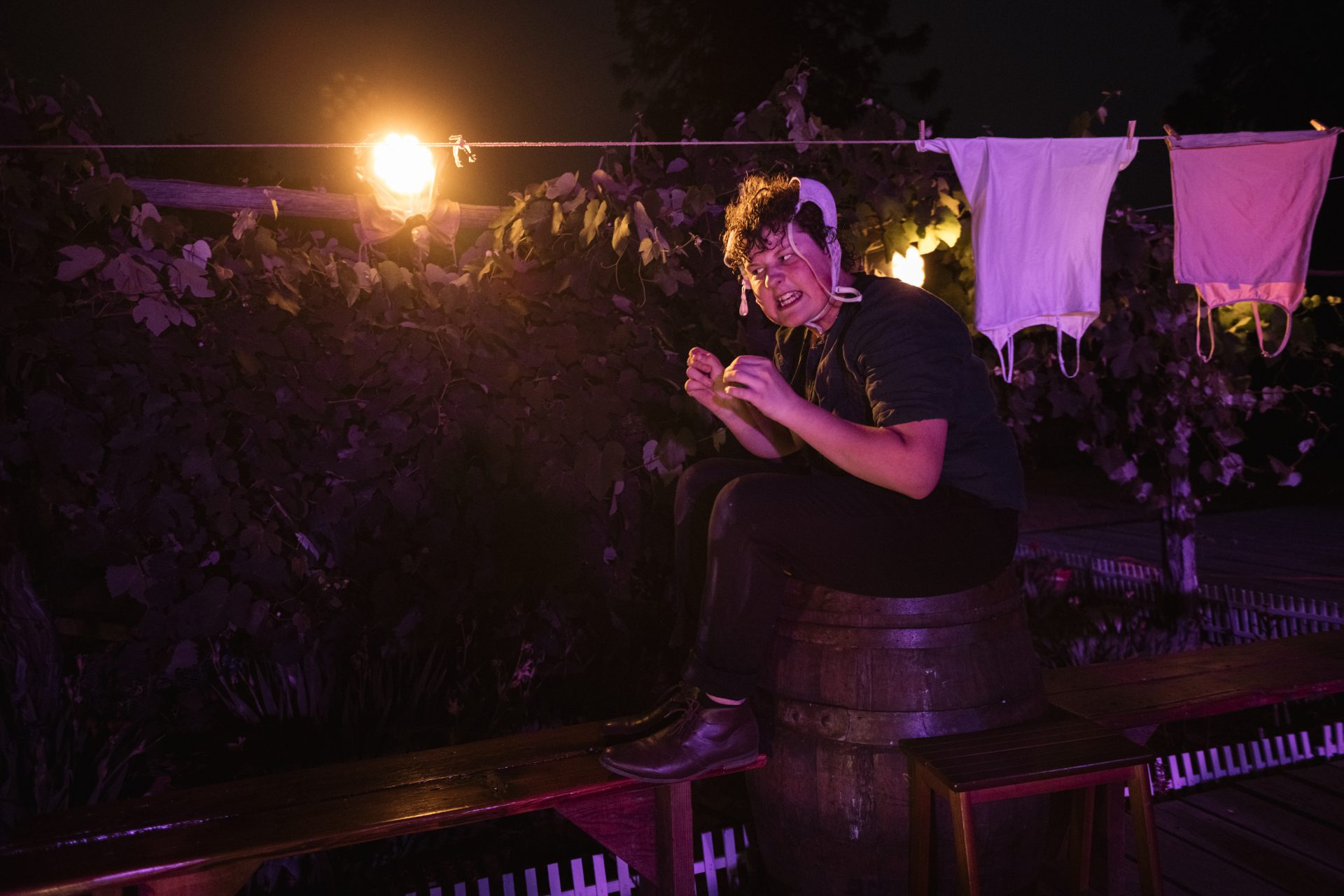 A show about children that benefits strongly from the inclusion of grown-ups.

Starting Sport for Jove’s Summer Season XI, Romeo & Juliet attempts to put a new spin on an old classic by keeping its youth youthful. Following 2019’s hottest trend, many major cast members (including the eponymous lovebirds) have yet to reach voting age.

What we are subsequently presented with is an impressive understanding of Shakespearean theatre, albeit one substantially boosted by the work of the highly-experienced creatives at its production-based helm.

Battling the chatter of birds and the chirp of nearby Bella Vista traffic, it is unfortunate that the early scenes of the show are challenging to hear. Drowning out much of the audience’s ability to appreciate both the story and the cast’s performance (bar the notable projection of David Soncin as Tybalt and Bron Lim as Juliet’s Nurse), Romeo & Juliet does not get off to the start it deserves.

The Capulet ball, however, dispels any lost hope the audience has in the show.

Courtesy director Damien Ryan and dance choreographer Claudia Ware, the movement of the numerous actors on the mid-sized stage is brilliant. There is nary a noticeable mishap in the long and complicated ensemble sequence, perfectly capturing the type of joy Shakespeare intended the scene to have and bringing the audience’s favour right back on the show’s side.

It is similarly pleasing to say that such favour continues throughout all dance and fight sequences, with Scott Witt’s expert fight choreography rivaling Ware’s dance numbers as the show’s main highlight.

Performance-wise, I commend the cast for their overall ensemble work. Whether it be the marriage-heavy discussions of the 9-member Capulet household or the testosterone-laden masculinity evident in that of the boys of Verona, such work does well to keep up the pace of the show without getting bogged down in dialogue.

That being said, the most memorable cast have to be Septimus Caton for his enviable music skills and (post-interval) dramatic performance as Capulet, Soncin and Lim for their projection and focus, and Mandela Mathia for his stand-out control of character and dialogue as Friar Lawrence – in my view, the best of the cast.

On the younger cast, Dinitha Senevirathne struggles in his roles as Paris and Balthazar, either too soft to hear or too awkward on stage to strengthen the impact his characters are meant to have. Something similar can be said of Max Ryan as Mercutio and Jeremi Campese as Benvolio, but at least they were able to dig themselves out those holes early enough to give a memorable performance later on in the show.

Though Oliver Ryan is a Romeo too external in his romantic emotions or macho with his boys to have the audience consistently believe him in either state, and Claudia Elbourne’s Juliet sacrificing emotion for comedy in a similar vein, I commend them for their chemistry and ability to perform Shakespeare to the level they did.

Ultimately, though the leading couple lacked the sense of internalised love and turmoil I was so hoping to see, this show is both a strong start to Sport for Jove’s Summer Season XI and a satisfying end to 2019. There is no newer show more worthy of your attention.