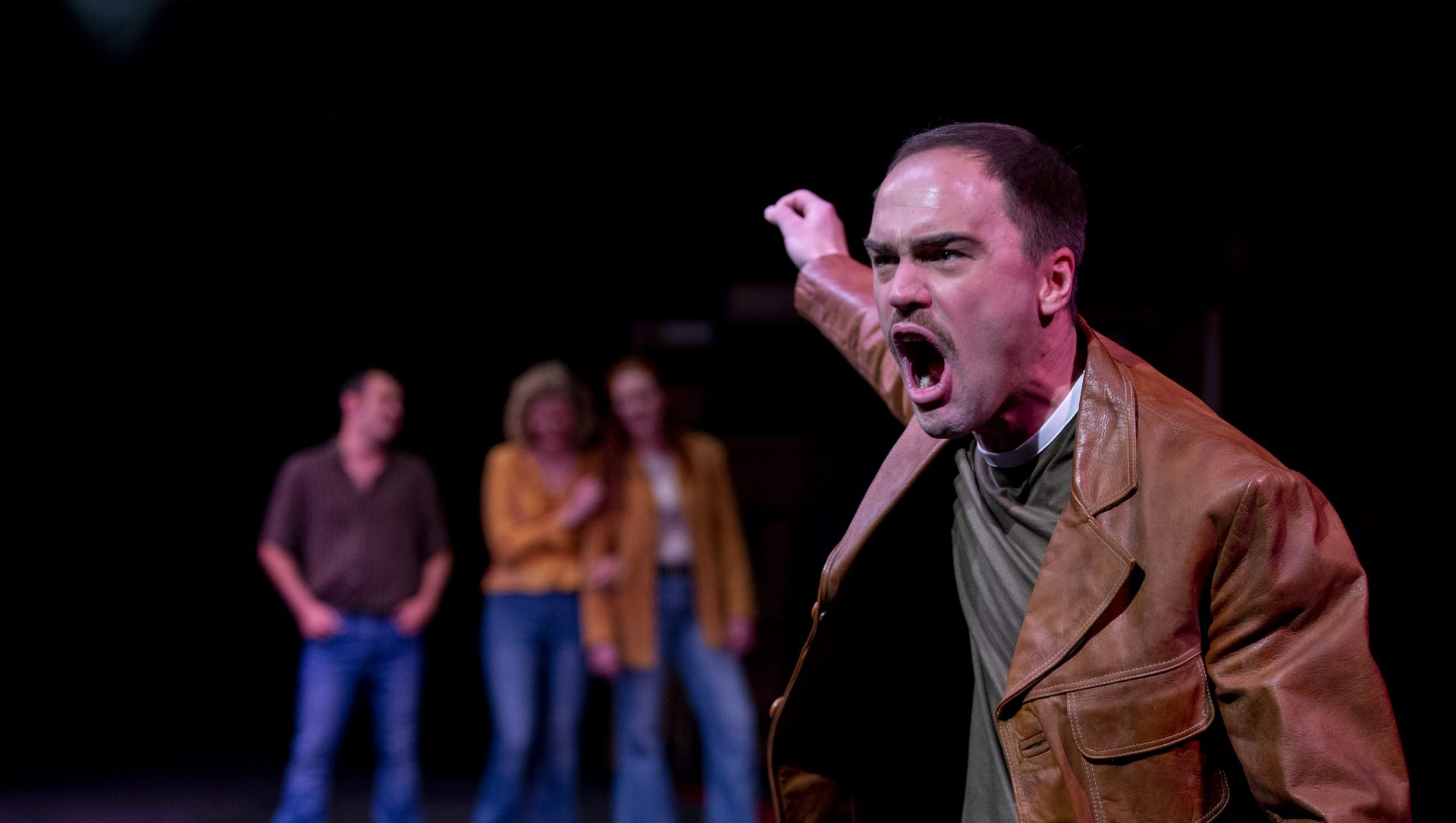 Anarchy, aristocracy, and fine acting. What’s not to love?

The Angry Brigade, directed by Alex Bryant-Smith and Assistant Director Mark G Nagle, premiers for the first time in Australia at New Theatre. Written by the acclaimed James Graham, the show is based on a true story and is both entertaining and thrilling.

The Angry Brigade, as its name suggests, is about the Angry Brigade – a 70s anarchist group whose motivations were to uproot the British government by bombing various high-value targets such as MPs and well-known public spaces.

The show is split into two interweaving narratives, with the show’s first act exploring the story of the group from the lens of the police officers tasked with investigating the bombers and its second capturing the bombings from the point of view of the anarchists.

Sallyane Facer’s work on the set is also very well done – the Scotland Yard basement in which the set takes place appears distinctively ’70s, yet maintains the feeling of espionage and seriousness. Her costume design is equally commendable, with ’70s style suits and skirts further immersing the audience in the shows setting.

The second act takes a very different tone, catapulting the audience into a much darker tone. A somewhat dreamy and psychedelic narrative, it was responsible for advancing much of the narrative and characterisation developed in the first. Thankfully, some of the cast who did not play a significant role in the first act now do – giving them an opportunity to showcase their acting.

For instance, Madeleine Withington’s character, an assistant to the detectives, was somewhat redundant in the first act, leading to a somewhat forgettable performance. However, her character now becomes crucial to the narrative – giving us the pleasure of seeing her more than excellent acting.

Knowing the quality of the cast, it’s no surprise that the acting, as a whole, in the second act was as good as it was in the first act. However, it was unfortunate to see that the set was not as well captured. One bed and a toilet were all that we got – which is even more disappointing since it’s so easy to imagine what could have been done with for the ’70s hippy style of the act.

The cast used English accents from varying regions which, thanks to Voice and Dialect Coach Amanda Stephens Lee, ensures that the actors and actresses maintain spotless accents throughout the show. This in turn further compliments the already excellent performances of the cast and enhances the setting of the show.

Despite some minor hiccups, the technical elements of the show were well done. Andrew Langcake uses a cocktail of creative effects to highlight the play’s characters and particular aspects of certain scenes, employing projectors, disco/strobe lights, props which descended from ceilings among many other unique elements with great success.

Ultimately, The Angry Brigade is a funny, thrilling, and highly polished show. It plays at New Theatre until the 2nd of November and is a show which must most definitely be recommended.