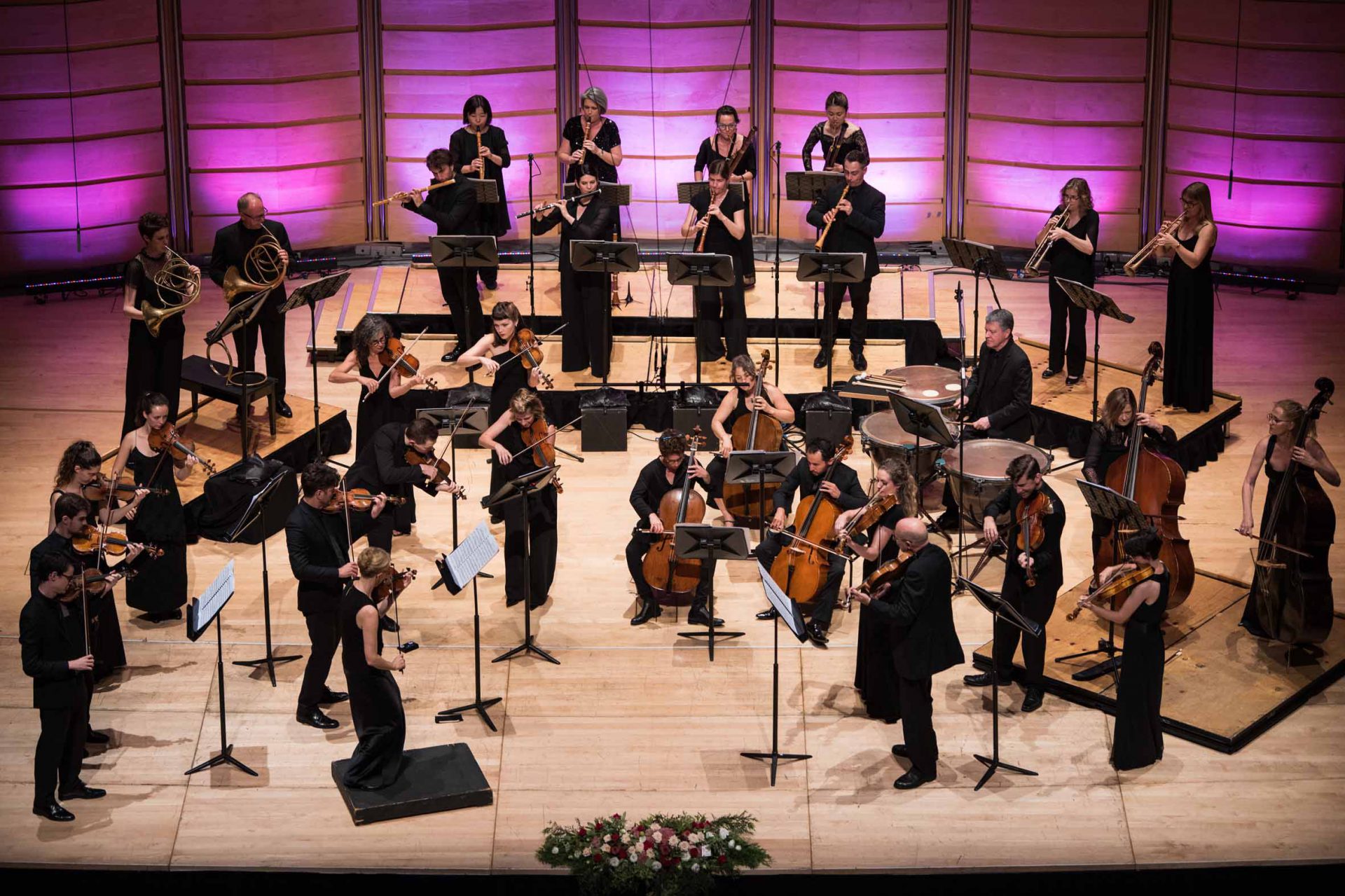 Nothing less than the best.

The Australian Romantic & Classical Orchestra continue to spoil Australian audiences with yet another first-class performance of Classical music. The concert began with the overture to Mozart’s Impresario, followed by Anton Eberl’s Symphony in E-Flat Major and Beethoven’s Symphony No. 7 in A Major.

An opportunity to showcase the orchestra’s virtuosic flair, the Overture to Mozart’s Impresario proved a spectacular opening for the night, as it did for Mozart’s successful musical comedy. The orchestra mastered the abrupt changes in dynamics so typical of Mozart’s overtures, and the trills were perfectly synchronised throughout strings, wind and brass. The use of period instruments also ensured a warm and inviting timbre rather than the striking and provocative tone of too many mid-20th century recordings.

The concert was also an exciting opportunity for audiences to rediscover the work of Anton Eberl – student of Mozart and rival of Beethoven. As a Classical composer who stood on the threshold of Romanticism, the liminality of Eberl’s style was evident in the E-Flat Major Symphony’s adoption of Mozart’s grace and Beethoven’s vigour. Nevertheless, it would be misleading to interpret Eberl through the frames of reference of Mozart and Beethoven; the audience immediately gets the impression that Eberl was clearly in a category of his own.

This performance differed from that of Concerto Koln in three respects. First, the slower tempi, especially for the first movement, allowed for crisper articulation and an easier variation in dynamics. Second, the orchestra did away with the fortepiano, sticking closer to the original instrumentation. Third, the ARCO’s interpretation was much less a riotous slurry of notes.

That may be attributed to the orchestra’s sensitivity to the original meaning of Eberl’s notation, where slurs denoted diminuendo (and not only legato) and the modern sign for ‘crescendo’ regulated tempo rather than dynamics. The result was an imitation of what contemporary audiences and critics aptly called the ‘Viennese Sigh’ in the lamenting string passages of the second movement.

While the second movement was an exercise in motivic interplay, with the theme being distributed and reinvented throughout the orchestra just as it was among the concertino in Baroque concerti grossi, the third movement was tonally diverse, shifting from Menuetto to a whimsical oboe tune redolent of Austria’s many folkish ditties and then to Allegro vivace with amusing double bass solos interspersed throughout.

Beethoven’s Symphony No. 7 was similarly diverse. The orchestra shone in executing the shimmering tremolos of the first movement and the discourses between strings and wind were seamless in all other movements, giving body and depth to Beethoven’s typically vapid bombasticism.

But it was the second movement that stood out. Largely contrapuntal, though perhaps closer to the ‘variation’ style, the orchestra’s rendition of the Allegretto was reflective and incredibly moving. The theme, introduced superbly by the bass, seems to have been based on the chromatic fourth, or passus duriusculus, which made for a piece surprisingly reminiscent of the Baroque.

The relatively slow tempo brought out the piece’s dark chromaticism and, though zealots would contend that Allegretto means slow only in comparison to the other movements, the performance fell far short of being a funeral procession as many recordings would have it be. But for all its severity, the movement ends tongue-in-cheek with a false recapitulation of the theme. The performers’ expressions let us in on the joke.

All in all, this was an inspirational performance that was faultless and energetic and demonstrated a balance between reason and passion, between intellect and spirit, that is so often absent from historically-informed performances.

Sherlock Holmes and the Death on Thor Bridge (Review)

The Bridges of Madison County (Review)