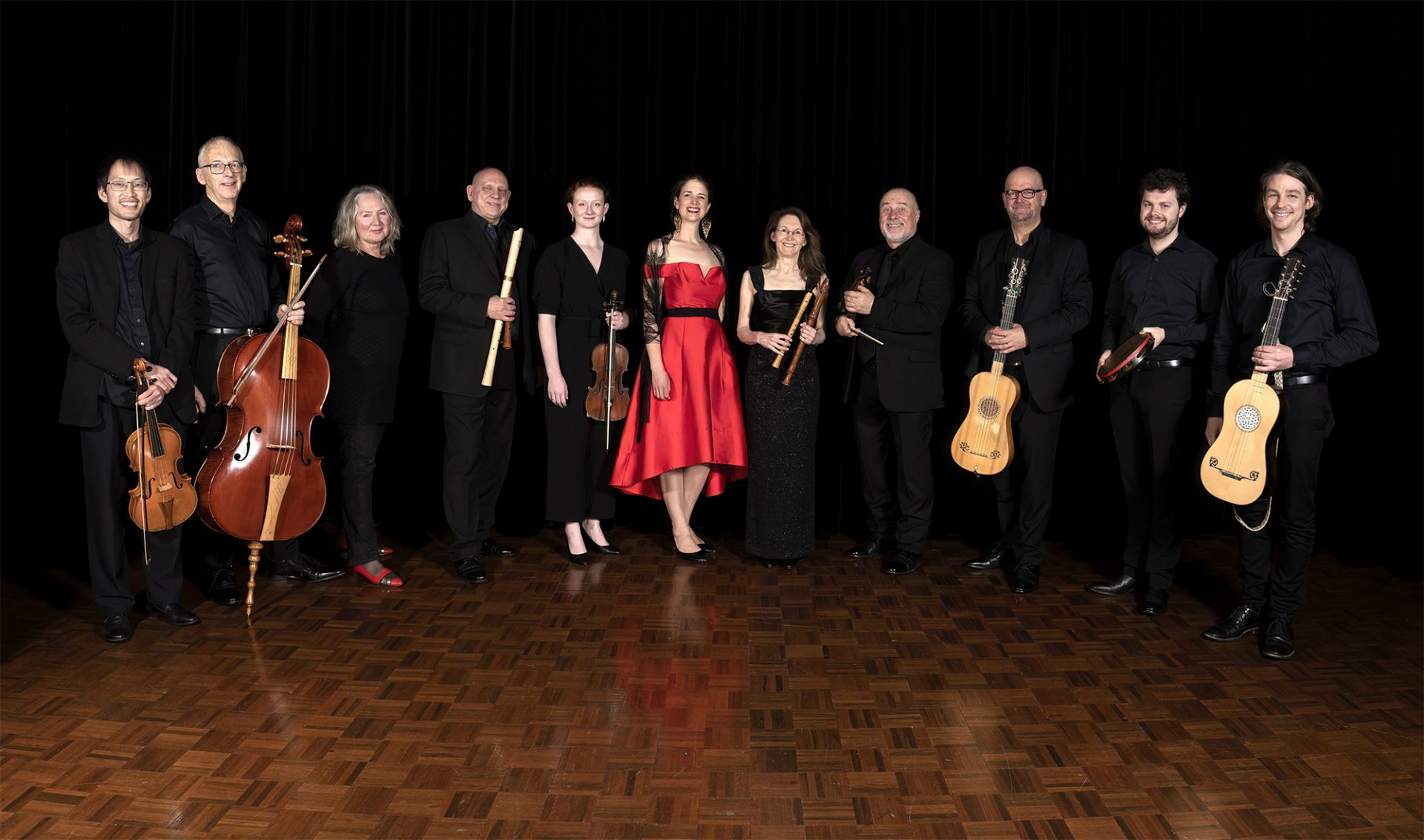 The South American Baroque, with all its vivacity and playfulness, is sadly overlooked in many Baroque concerts. Not so for Salut! Baroque, whose recent concert in the Sydney Conservatorium of Music’s Verbrugghen Hall put ‘The New World’ centre-stage.

The first piece, Juan de Araujo’s Los coflades de la estleya introduced the catchy wavering metre that is so typical of music of this style. Susannah Lawergren began immediately with an elegant vitality that was maintained throughout the concert. Her timbre matched the lightness demanded by Spanish baroque songs. Falconieri’s Battaglia was an exemplar of a subject of the programmatic style in which early Baroque composers (Byrd, most famously) had dabbled. The ensemble gave this piece a foot-tapping momentum and the substitution of recorders for horns, played by Sally Melhuish and Hans-Dieter Michatz, worked well.

The Tres Morillas de Jaen was a profoundly meditative piece. The theme was introduced beautifully by Hans-Deiter Michatz on recorder and, much like the previous piece, featured a gradual build-up. For a piece that has all the hallmarks of the early baroque, it is remarkable that it was composed in the 15th century. The momentum from the Battaglia was continued in the Chacona, which featured a delightfully virtuosic cadenza by John Ma on baroque viola with an infectious energy. A change of pace is immediately felt in Sosieguen descansen, a heart-rending lament whose sighing motifs were negotiated well by Lawergren, who seems to find herself at home in any and every repertoire.

De Murcia’s Fandango for baroque guitar was a virtuosic showstopper that put on display not only Simon Martyn-Ellis’ dexterity, but his keen musical sense and improvisatory technique. Much the same could be said of the spirited duet with George Wills in de Murcia’s Jacara.

The theme – ‘the New World’ – was most apparent in Fernandes’ Tleycantimo choquiliya. The text itself is a curious mixture of Spanish and Nahuatl, and it seems to incorporate the folkish rhythms native to Mexico. Lawergren put on her operatic persona for a delightful aria from what is apparently the first opera performed in Latin America, Velasco’s La Purpura de la Rosa.

Special mention should be made of Arañes’ Chacona a la vida bona. Though the previous chambers’ works had the occasional hiccups, this was performed faultlessly throughout.

The concert finished with two more popular composers of this tradition – Cabezon and Zipoli. Cabezon’s Diferencias sobre ‘La dama le demanda’, as the name suggests, featured a series of variations on a popular folk tune, which were rather Sweelinck-like and which had all the sinuous twists and turns typical of the contemporary keyboard variations on Dowland’s Pavana Lachrymae. They were rendered in a mellifluous voice-like way by the strings, and one could only imagine what the effect might have been with the earthy glow of a viola da gamba or two. Zipolo’s Domine ad adjuvandum was a celebratory declamation of a religious tune.

Carasena’s La Tarantella was a spectacular way to end. Curiously choosing as its subject the descent of a tarantula descending from the sky, it summed up nicely both the force and vitality, as well as the more plaintive moments, of the preceding pieces.

The pieces performed in this concert were clearly very carefully selected and they were ordered in a thoughtful sequence that made each member of this fine ensemble shine. We look forward to their next concert in November, Medicinal Music.