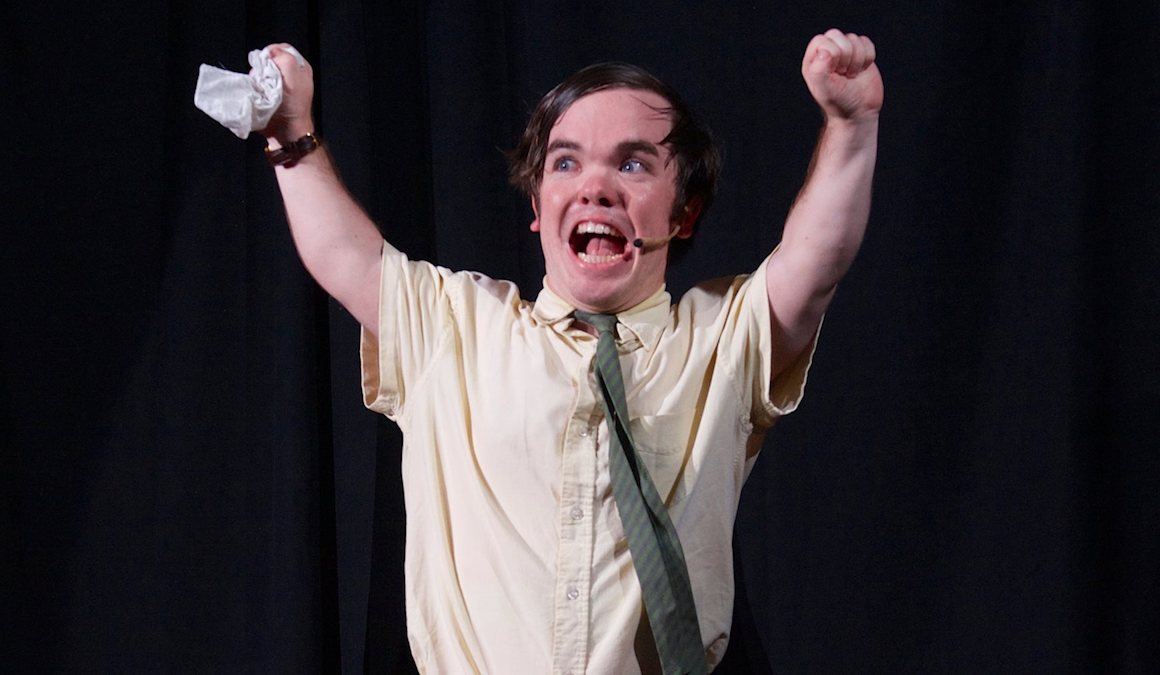 A little bit lost and overly imaginative at times, but aren’t we all?

Tyler West’s one-man show The Wait is a physical comedy about the turbulent journey of a man waiting for a job interview. Whilst its comedy is somewhat cheesy at times and it doesn’t offer anything particularly unique or impressive, watching it is still a very fun way to spend an hour – especially if you like West, as he writes, produces, directs, sound/lighting/costume designs, and stars in this show.

The premise of The Wait, playing at the Old 505, is simple – an anxious, Mr. Bean-esque man finds himself in various awkward moments and daydreams whilst waiting for a job interview to begin.

Some scenes play out within the office space itself, with the man getting into bathroom mishaps or becoming trapped in a vending machine. Most of the comedy in these scenes could be best described as pretty lowbrow – fart jokes and the like – but therefore accessible.

In the process of waiting, the man also has daydreams of being in a stereotypical knight-in-shining-armour fight against a giant in a medieval setting, as well as hunting pirate treasure. Unfortunately, a lot of these departures into the ‘daydream’ feel like excuses to make a joke, rather than fitting coherently into the narrative of the waiting interviewee; this can create some confusion.

Although the stage was pretty barebones (the only prop being a black chair), West does an excellent job in using sound effects and physical gesturing to move the audience into a scene – be it an office space, a medieval world, or the edge of a building. That being said, in some scenes it was hard to figure out exactly what Tyler was interacting with or what he was doing at first instance.

Further, some of the show’s funniest moments were in West’s interactions with the audience. Using them as what effectively was a supporting actor/actress role – such as assistants on his treasure hunt – this would often lead to awkwardly brilliant moments between the two due to its improvised nature, where one would act incorrectly or cause the plot to deviate in hilarious ways.

Ultimately, The Wait has obviously been made for those who just want to sit back and laugh for an hour. Bar some confusing scenes and low-brow humour, the show’s comedy is pretty accessible and should be enjoyable for most (if not all) audiences, so it’s hard to imagine anyone walking out disappointed.