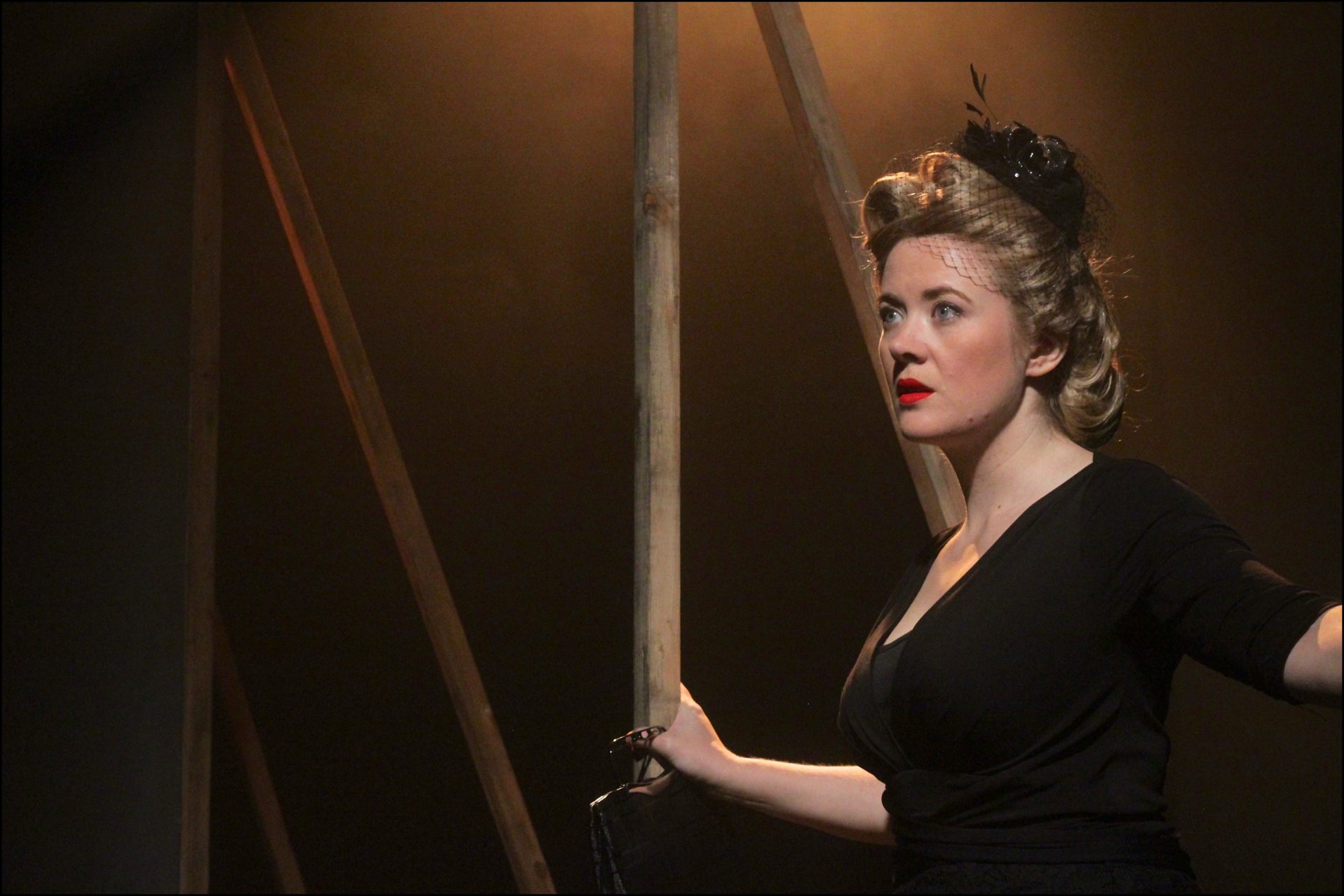 By now, we should all be aware of the roots of the modern #metoo movement – a backlash against the powerful, manipulative figures abusing their power and status.

But the #metoo movement has done little to empower the voices of those who were abused in the past. The Girl Who Jumped Off The Hollywood Sign, directed by Vince Fusco and written by Joanne Hartstone, seeks to explore the pervasive culture of abuse and sexism which existed in 1940s Hollywood – and does so brilliantly.

The play, a featured event at the Sydney Fringe, starts with Evalyn/Evie Edwards (Joanne Harstone) porched in despair atop the Hollywood sign in Los Angeles. After that, a long internal monologue follows – describing her childhood, family life, and the post-WWII American setting she is now in.

Unfortunately, the first third of the play is pretty hard to get through. Bloated with endless namedropping and references to 1940s US pop-culture, the initial sluggishness of the play is amplified by the fact that Joanne makes little use of the stage during this time – remaining mostly sedentary.

Fortunately, the play improves drastically beyond this point.

Most notably, however, throughout these flashbacks we get several excellent performances of period music – Joanne’s singing is exceptionally good in all the songs, but my personal favourite was definitely Gershwin’s But Not for Me. Joanne’s acting also improves dramatically in the latter part of the play – becoming instilled with a greater sense of genuineness and utilising much more of the stage than what she did previously.

The production and lighting of the play, courtesy Tom Kitney, was mostly solid. His lighting effects aided in producing a dramatic effect and sounds were sometimes used to add more depth to the show’s scenes.

However, stage design could have been improved. All we had on stage was a featureless wooden structure. One would expect that, with its title and strongly developed setting, that the stage could have at least featured a Hollywood sign – or at the very least elements which emphasise its 1940s setting.

Nonetheless, The Girl Who Jumped Off the Hollywood Sign is a respectable show. Furthermore, it comes at a good time to remind us that although the #metoo movement is important in addressing current issues of abuse and manipulation, we must also look to those whose voices have been unheard in the past.