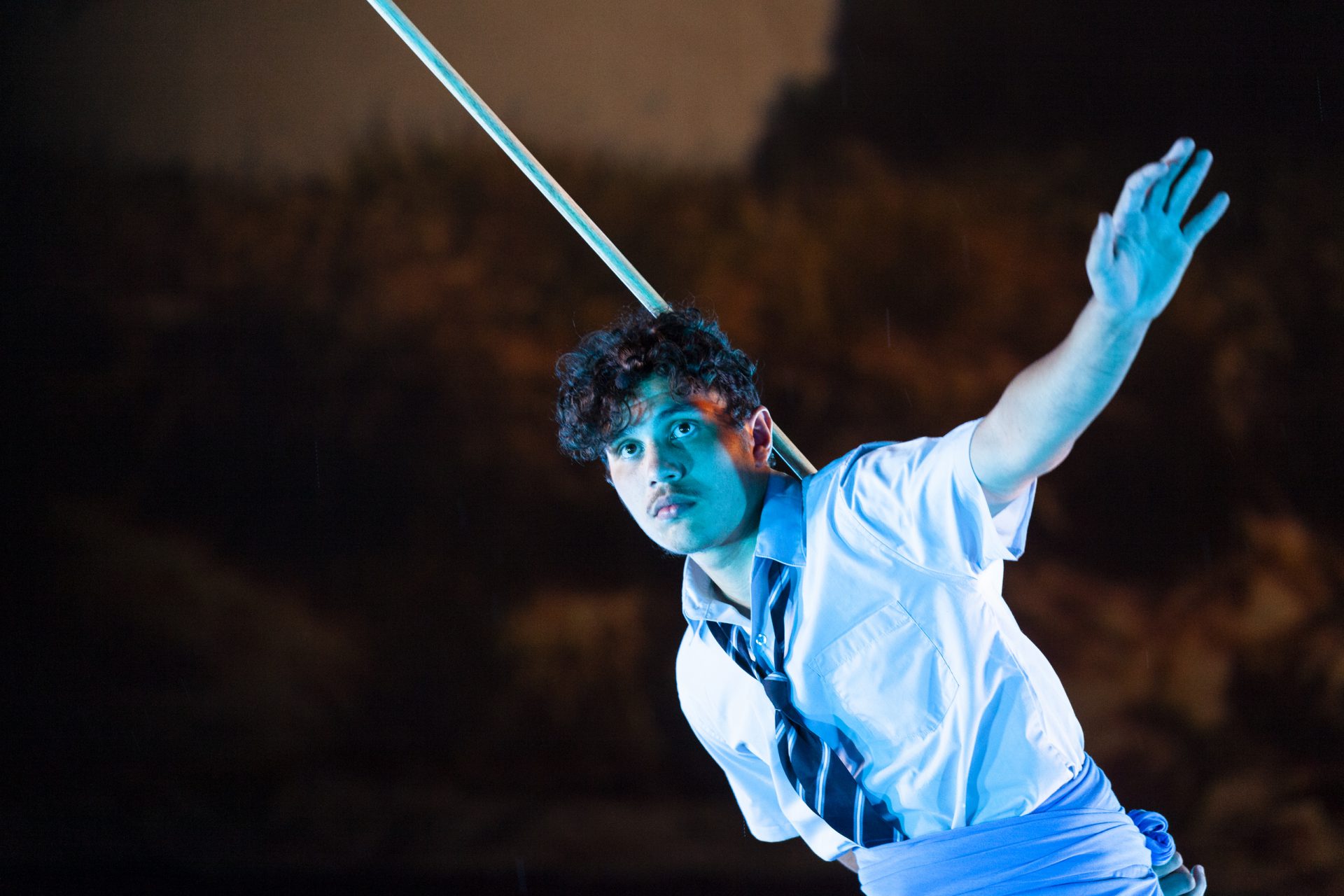 Presented as part of Sydney Festival 2020, Black Drop Effect is a show which, despite its issues, is capable of being both entertaining and conveying important ideas with respect to Indigenous culture. Written by Nardi Simpson with Felix Cross directing, the play features a cast of five indigenous and two non-indigenous actors.

Binno (William McPherson), an Aboriginal Elder, is called by a council employee, Pip (Jane Phegan), to host an Aboriginal dance for a cultural celebration. Despite some hesitancy at first, he is easily convinced by his charming and straight-talking sister, Beenie (Marlene Cummins), to accept the council’s invitation.

The dance group quickly finds itself in conflict, however, with Binno struggling to reconcile his traditional worldview with Max’s mechanic university-taught learning of Indigenous customs. For instance, Max sees hope in the future; considering the Uluru Statement from the Heart an important steppingstone to reconciliation. Binno, coming from a more cynical perception of politics, does not.

Throughout all of this, we see the show imbued with a richly authentic Indigenous voice which explores the customs of Aboriginals, the issues they face in reconciling ancestral Indigenous identity with modern living, and over-arching issues of race and inter-generational conflict.

Andy (Anthony Hunt) joins the dance group in part by acting out scenes from Captain Cook’s diaries. Hunt did a good job of narrating these scenes; they were fairly informative and managed to further entrench the issues explored by the play, reminding us of the colonial history which still informs those issues.

Despite a promising beginning, however, weaknesses in narrative and character development begin to show as the play progresses.

With the exception of Binno, Max and Beenie, too many of Black Drop Effect‘s characters are poorly developed, two-dimensional caricatures. The most egregious example of which is Phegan’s Pip. Early on we learn that she is of mixed Aboriginal and European ancestry, but having no self-awareness and repetitively engaging in a cycle of attempting to engage with Aboriginal customs, failing horribly, and then being mocked by the dance-circle for her antics and her mixed-race ethnicity, she is shown in a completely exaggerated manner.

The two-dimensionality and static nature of the characters results in the narrative lacking a satisfying ending. The dynamics between the characters, which seemed interesting at the onset, begin to stale as they do not really progress meaningfully over time. This most regrettably leads to the play’s conclusion feeling underwhelming and rushed.

The performances of the show were also mixed (notwithstanding McPherson, Knox, and Hunt, who delivered solid performances all-round).

The rest of the cast were more inconsistent. Some scenes fared well, whilst others seemed flat and lacked enthusiasm. This was not aided by the unfortunate location of the stage, situated directly behind a train line, which forced the entire cast to awkwardly freeze for about 15 seconds as a train went past (sometimes in the midst of a key moment in the play).

Thankfully, Black Drop Effect does have some stand-out production elements.

The dancing was well-done and beautifully choreographed (credit to Matthew Doyle). Moreover, the technical elements of the show were impressive, with many lighting effects (credit to Karen Norris) used to great effect. The show also featured an extensive amount of visual design elements, incorporating background projections, videos, and effects which were applied on a three-dimensional space around the stage; all of which greatly enhanced the show (credit to Mic Grunchy for video design and Lucy Simpson for visual design).

Although Black Drop Effect has some issues, it manages to still be worthy of recommendation. It plays at the Bankstown Arts Centre until the 18th of January.