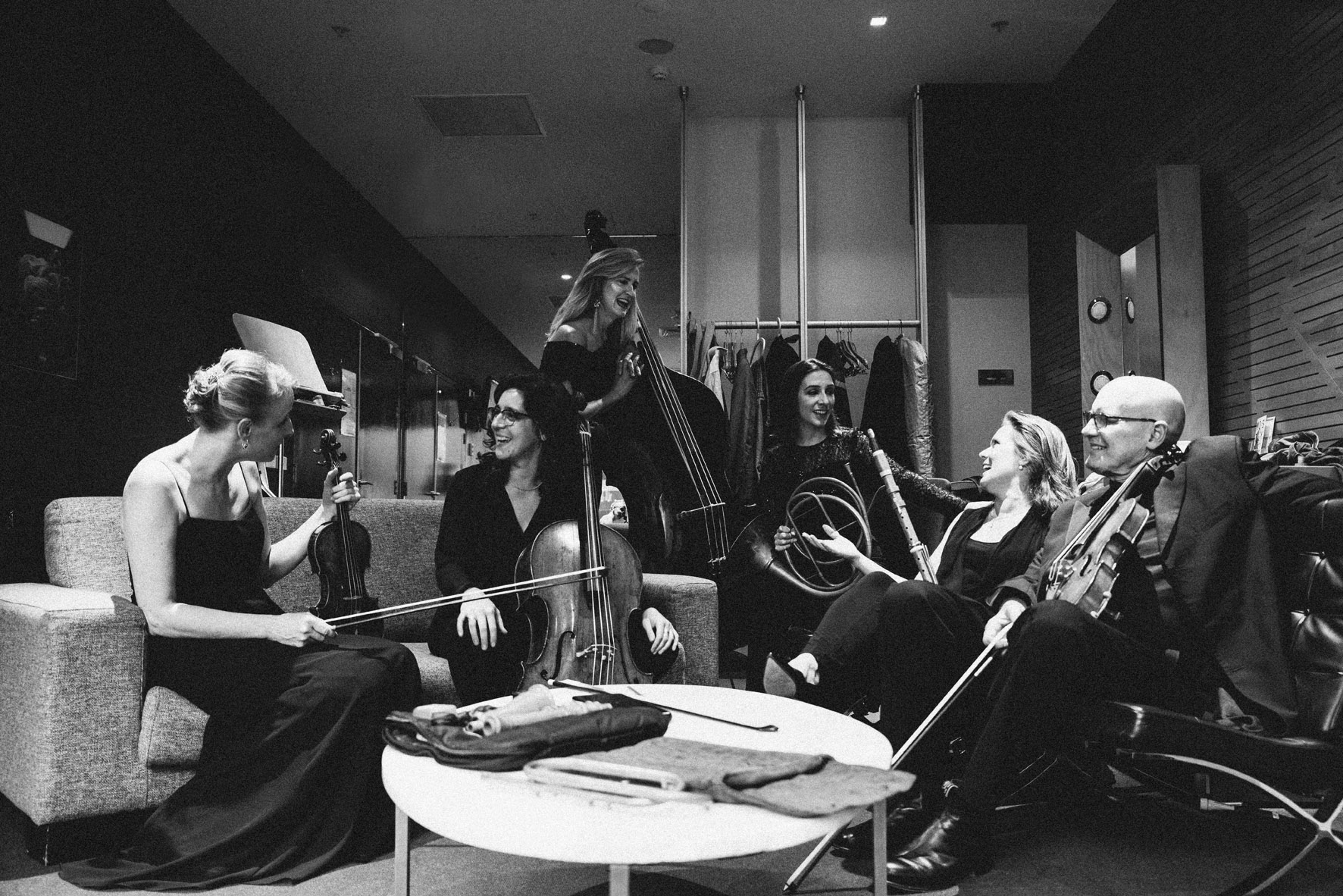 The first is a mastery of musical expression. The second is assiduous scholarship. It is no surprise that both were on show in Cavatina, their first ever live-streamed concert.

The Orchestra opened the night with Divertimento in F (K.138); born of the mind of a lively 16-year-old prodigy, it’s Mozart at his most spirited and playful. The Orchestra did not seem to subscribe to Albert Einstein’s curious view that the divertimenti were Italian ‘tour pieces’ with wind parts added ex tempore. Despite a few wrong notes, virtuosic flourishes such as the shimmering arpeggiated chords in the final cadence of the third movement showed that fiddler Rachael Beesley was a whole violin section of her own. The short fugato of the piece’s third movement made the sextet’s mastery of articulation and motivic interplay between different string sections all the more apparent, which anticipated Mozart’s later and more serious symphonic development.

Franz Xaver Richter, founder of the Mannheim School, is a name not commonly associated with Classical music and it is incredible to think that the works of such an influential composer have merely ‘survived’. The Orchestra’s second piece, the first movement of his Sinfonia in B-Flat Major, showed Richter’s use of dissonance as something of a climactic device, and the Orchestra realised this by animating his ever-modulating passages with resounding crescendos.

Richter was the apotheosis of the Rococo, and nowhere is this more obvious than in the contrapuntal passages of Sinfonia in B-Flat Major‘s third movement, Presto (introduced superbly by violists Simon Oswell and Katie Yap), where the Orchestra employed every rhetorical technique – pauses, articulation, vibrato, changes in tempo – to achieve that grand aspiration of the Baroque, the cantabile style. In light of this, the move from the traditional concerto-grosso orchestration to that of a sextet was bold but brought with it no loss of the percussive depth of the harpsichord, lute and bassoons of the basso continuo. The Orchestra is to be commended for making Richter much more than an academic curiosity.

A momentous leap is then made to the sound-world of Beethoven’s Cavatina, the fifth movement of the six-movement String Quartet No.13 in E-flat Major Op.130. Though the Orchestra realised the sinuous aural effect that Beethoven sought, glissandos and portamenti abound, to express a sung-like quality, they needed to make the opening slower to allow the audience to relish each chord. Nevertheless, the dexterity of double-bassist Emma Sullivan shone throughout and the yearning sighs of the Cavatina are resolved at last on a sweet major chord.

But the double-bass felt most at home, as it always does, in Rossini. The Orchestra’s penultimate piece, his String Sonata No 1 in G Major had all the hallmarks of a bel canto opera duet: fast-paced themes ‘alla rustica’ (as Vivaldi would have it), dialogues between the violins (sopranos) and, of course, the humorous one-bar solos of the bass.

Mendelssohn’s Sinfonia No 10 in B Minor was a spectacular way to finish. It was written by a teenage Mendelssohn for presentation at the family dinner-table, and apart from that is anything but tafelmusik. Stylistic tributes are made to Haydn and the more fashionable of the Bachs, with strong stylistic contrasts, frequently shifting metrical accents and great creativity in realising the many variations of one theme. Solos for the viola were among many pleasant surprises.

As always, the Orchestra revelled in the challenges these pieces posed for a string sextet, and made each their own.